Thousands Without Power After Storms Tear Through Region

Thousands of people were still without power in Massachusetts Monday morning after storms tore through the area over the weekend.

As of 6 a.m. Monday, 6,083 people were without power in the state, according to the Massachusetts Emergency Management Agency.

Cleanup efforts are underway, including on Columbia Road in Malden where a large tree fell onto a home.

Another hard-hit area was in Wakefield, where downed wires left many residents without power Sunday night and prompted more than 35 people to call 911. No injuries were reported.

Dozens of calls for help in Wakefield came after the fast-moving storm left widespread damage. Despite the damage, which included smoky conditions in one house from a possible nearby lightning strike, no one was hurt.

A number of severe thunderstorm warnings and flash flood warnings were in effect across Massachusetts Sunday, including for the Boston metro area where strong storms moved through, bringing torrential rain, poor visibility and wind gusts up to 47 mph at the airport. 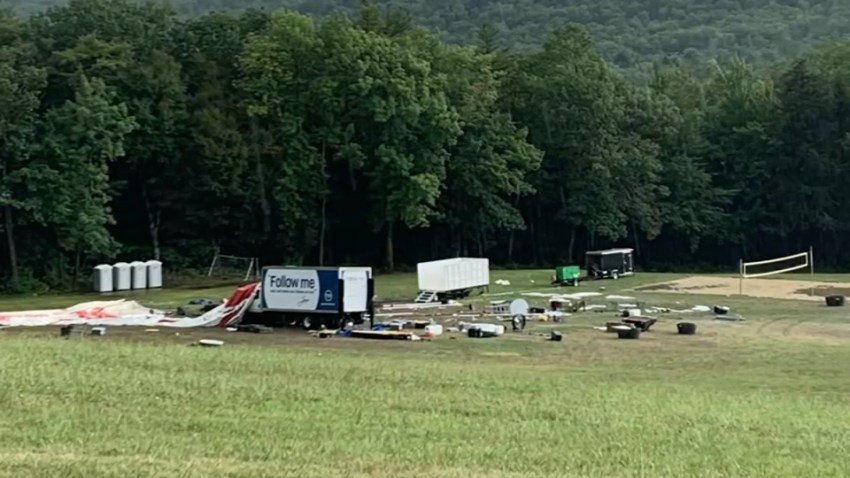 At Least 6 People Injured After Tent Collapses in New Ipswich