The state has 91 delegates at stake.

Meanwhile, Bernie Sanders is projected to win the Democratic primary in his home state of Vermont, according to NBC News.

Bernie Sanders speaks to a crowd of supporters after winning the Democratic primary in Vermont.

Maine remained up in the air as of 11 p.m., with Biden and Sanders tied at 33% apiece with 58% of precincts reporting.

Donald Trump is also the projected winner of the GOP primary in Vermont, Massachusetts and Maine.

A jubilant Biden, speaking from California, celebrated a strong Super Tuesday performance and promised to defeat Trump in November and "heal this country."

Biden listed the several primaries he won across 14 states as he continued a remarkable resurrection since dismal finishes in Iowa and New Hampshire.

"It's a good night, and it seems to be getting even better," Biden said in Los Angeles. "They don't call it Super Tuesday for nothing."

As former Vice President Joe Biden swept to victory on Super Tuesday, he told supporters at a California rally his campaign was "very much alive" and that he would send "Donald Trump packing."

Biden's performance across the Super Tuesday states solidifies his position as moderate Democrats' alternative to progressive leader Sanders, who also looked in position for a strong delegate haul.

Speaking to supporters in Essex Junction, Vermont, on Tuesday night, Sanders expressed "absolute confidence" that he'll be victorious in his pursuit of the Democratic nomination.

Bernie Sanders speaks to a crowd of supporters after winning the Democratic primary in Vermont.

He stuck to his standard criticisms of his Democratic rivals without naming them. He also promoted himself as putting together ``an unprecedented, grassroots, multigenerational, multi-racial movement.''

Sanders ended by thanking Vermonters for their support through the years, closing with, "Let's go on to the White House."

The three New England states were among the 14 states voting on Super Tuesday, where about one-third of the available Democratic delegates were up for grabs.

Sen. Elizabeth Warren, who traveled home from California to Massachusetts to vote early Tuesday, has indicated she will remain in the race until the convention.

Warren has yet to secure a top-two finish in the first four primary events thus far and has not accrued any delegates since the Iowa caucuses.

Sen. Elizabeth Warren seems to be a middle ground between Bernie Sanders and Joe Biden, but what does the future hold for her in the presidential primaries after Super Tuesday?

The senator is hoping to pick up a win in her home state, but recent polls showed her in a close race with Sanders, who held a rally on Boston Common Saturday that attracted more than 13,000 attendees.

Voters greeted Warren, her husband Bruce and their dog Bailey as the trio left their home in Cambridge to walk to the polling place Tuesday morning. Warren hugged her supporters as she made the trek to the Graham & Parks School to cast her vote. 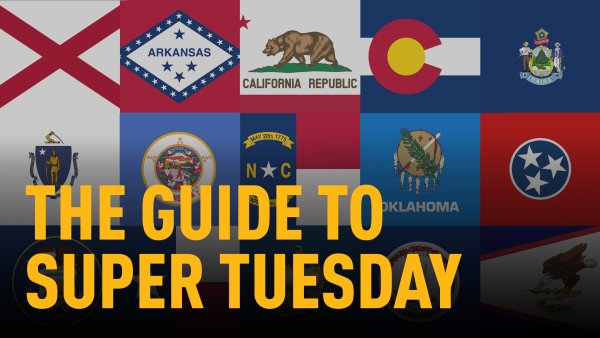 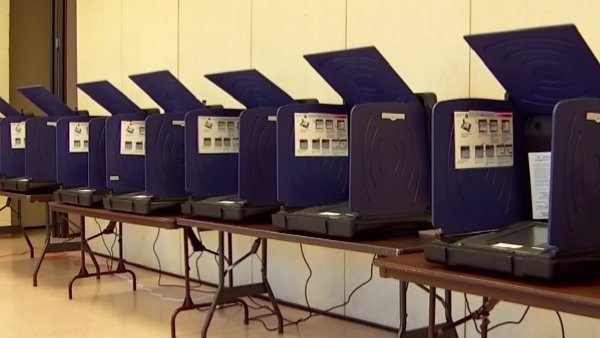 Your Guide to Voting in the Mass. Presidential Primary on Super Tuesday

"Today is just part of getting out and talking to people all across the country and hearing from democracy," Warren said to the media after voting. "We're going have 40% of our delegates up for grabs today and that's a big deal."

Sanders returned to Burlington, Vermont, to cast his ballot with his wife, Jane. The pair arrived to the Robert Miller Community Center just after 10 a.m., where they were greeted by supporters.

Former Massachusetts Gov. Bill Weld, who is challenging President Donald Trump in the Republican primaries, headed to the polls in Canton, Massachusetts, around 10 a.m.

After casting his ballot, Weld said he felt good about where he stands in the race.

"We've been around the whole state a couple of times in the past ten days to refresh our acquaintance with everyone - everyone is in a good mood. I think we're OK," Weld said. "The president has declared war on California so that will be interesting to see if that seeps into the Republican primary or not."

Weld said he's focused on the next primaries in Michigan and Florida.