If Vermont consumers choose not to return their empty soda cans or beer bottles, the unclaimed deposit money now flows into the state's Clean Water Fund

A recent change to state law in Vermont, one largely invisible to consumers, is expected to have a big impact on the environment.

After Vermonters finish a soda or a beer, what they choose to do with their empties could now help the planet in a whole new way.

"It is something you can easily do at home, and make a big difference," said Emily Bird of the Vermont Agency of Natural Resources, referring to a consumer's choice not to redeem cans or bottles for the nickel deposit on them. 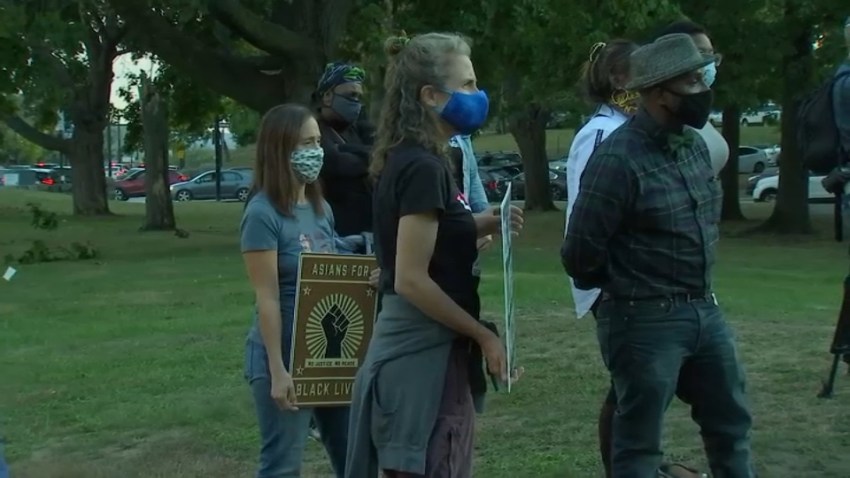 In an interview with NECN, Bird explained a change to the state's deposit law means as of this past January, unclaimed nickels from your cans or bottles now pay for clean water projects around the state.

While Vermont consumers absolutely can claim their beverage deposit money if they want it, by bringing their empties to redemption centers or back to the grocery store, choosing instead to drop the containers in their home or office recycling bins means that spare change will be donated to the Vermont Clean Water Fund.

"It cuts an errand out of your busy schedule and you can feel good about that going to a good cause," Bird said about the choice to recycle cans and bottles instead of cashing them in for the deposit money.

The fund, which also gets money from other revenue sources, is covering more than a half million dollars in construction of a new system in Shelburne to keep pollution out of Lake Champlain, Bird said. It's known as "green stormwater infrastructure."

"This is basically a big filter," explained Jim Pease, an environmental scientist and planner of stormwater projects for the Vermont Agency of Natural Resources.

The worksite is creating a wetlands area with various layers of gravel and other additions that blend into the landscape which will trap a lot of phosphorous, as well as grease, oil and bacteria that used to wash into the lake, Pease explained.

"This is the way of the future," Pease said of the development of green stormwater infrastructure. "Because we've got to go back and fix some of the existing problems we've created."

Shelburne's water quality superintendent, Chris Robinson, is grateful for the money from those unclaimed beverage deposits, helping his town do its part to preserve the lake's beauty and reputation as a good place to boat, fish and swim.

"It's the right thing to do," Robinson told NECN, referring to how the green stormwater infrastructure project was something the town pursued because it wanted to, not because it was required to do so by state regulations. "And getting the lake to a cleaner state is a goal all of us in this area should want to achieve."

Those unwanted nickels really do add up, Bird pointed out. The Vermont Clean Water Fund expects to collect $3 million this first year of the law on drink deposits, she said.

Bird told NECN that figure was higher than the $1.9 million originally forecast — adding that it was perhaps boosted by an increase in home consumption during the pandemic and closures of redemption centers.

In addition to the money from the Vermont Clean Water Fund, grants to cover design and planning work for the Shelburne project came from the Lake Champlain Basin Program and the Waterwheel Foundation, Robinson said.