Why Is an Ancient Egyptian Toddler ‘Prince' Buried in This Vermont Cemetery?

The mummy was purchased by a museum in Middlebury in the 1800s, but was too damaged to ever display

A cemetery in Middlebury is the final resting place of someone unlike anyone else in any other Vermont cemetery.

In the West Cemetery, located across Route 30 from the Middlebury College Center for the Arts, the ashes of an actual mummy from ancient Egypt are buried.

The grave marked with the name Amum-Her-Khepesh-Ef belongs to a toddler, purportedly born into royalty nearly 4,000 years ago.

"It was a very sad story, really, how it came here," acknowledged Mary Manley, the associate director of the Henry Sheldon Museum of Vermont History in downtown Middlebury.

Work is underway to preserve a Vermont graveyard where Revolutionary War soldiers are buried that's being threatened by erosion.

Manley said in an interview that the prince, as many call him, was surely stolen from a family burial site by graverobbers. She added that in the 1800s, the museum founder was looking for a mummy for his collection, believing any quality museum should have one.

However, the prince -- whose remains had been traded between antiquities dealers and sold to Sheldon for a final price of $10 -- arrived to Vermont too deteriorated to display alongside other curiosities like a lock of hair said to belong to Napoleon Bonaparte.

That poor condition left the prince sitting in storage, continuing to crumble into the 1940s, Manley said.

More than 75 years ago, the museum decided the situation was all too undignified, and so had the child's remains cremated and buried down the road under a humble headstone with Egyptian-style markings.

"The reason they put a stone of that nature in there was because they wanted to have a stone that wasn't obtuse," Giffin said. "It was very quiet, so no one would really know."

You think you know the long, storied history of Christmas trees? Well, here's a few things that may have slipped past your radar.

Giffin indicated it would be very difficult to conclusively verify the story of the mummy's royal lineage, but said the ultimate burial site is still a neat thing for people in the area to learn about.

Today, the museum is asked about the prince so often it gives out maps to his location.

Visitors even occasionally bring small gifts for the mummy. A row of coins lined the top of his headstone Friday.

"People do come to pay respect to him, which is really lovely," Manley said, adding that she is glad the prince can rest in peace in New England after he was treated so poorly throughout history.

Revolutionary War Vets' Plots Among Those Eyed for Removal From Crumbling Vt. Cemetery 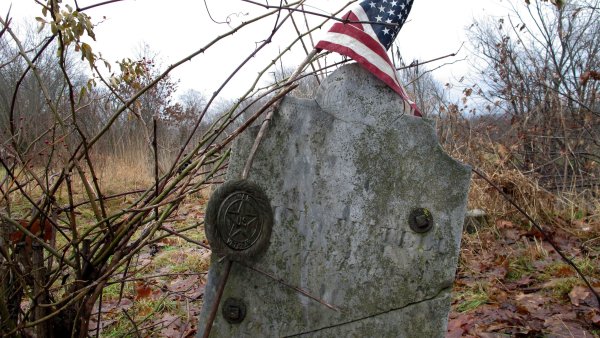 Old Vt. Graveyard, Resting Place of Bunker Hill Fighter, to Be Moved Because of Erosion

For anyone worried about whether the mummy might have left a curse on Vermont, Manley offered some reassurance.

Manley noted that some museums have been able to return objects plundered from their original locations, but because the Sheldon's mummy was cremated, she expects repatriation would simply not be possible in this case.