‘Love Will Prevail': March, Rally and Artwork Aim to Stamp Out Hate in Vt.

The efforts followed the discovery of white supremacy posters targeting a synagogue and two LGBT organizations.

A large and visible demonstration Friday in downtown Burlington, Vermont, saw participants speaking out against anti-Semitism, homophobia, transphobia and other forms of hate.

"We will not allow these things to tear apart the fabric of this very inclusive, welcoming community," said Mayor Miro Weinberger, D-Burlington, who participated in a march down the Church Street Marketplace and then a rally in City Hall Park.

The display followed the discovery this week of alarming posters from the Patriot Front, a group investigators said is known to spout white supremacist views. 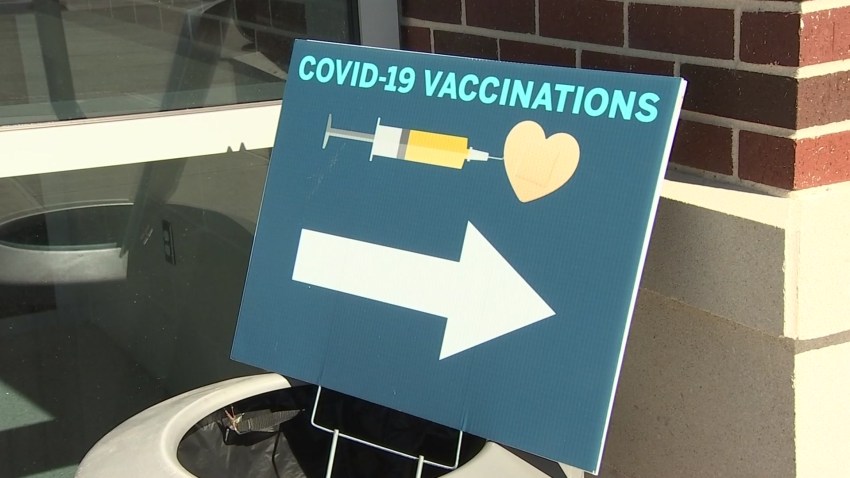 On its website, the Southern Poverty Law Center says members of the Patriot Front long for an America made up of only people like them, espousing "racism, anti-Semitism and intolerance under the guise of preserving the 'ethnic and cultural origins' of their European ancestors."

As necn reported on Wednesday, the group's signs were found plastered specifically on The Pride Center of Vermont, which is an LGBT community space and provider of social services, on the Ohavi Zedek Synagogue, and outside Outright Vermont — a non-profit that works toward more supportive environments for LGBT youth.

"We are here, we are stronger together, and this is not the kind of Vermont we will stand for," vowed Dana Kaplan, the executive director of Outright Vermont.

Kaplan and the other targeted organizations insist the vandals actually sparked new determination in them to connect and uplift the people they serve.

Rabbi Amy Small of Ohavi Zedek said the synagogue stands in solidarity with the Pride Center and Outright Vermont following the vandalism.

The rabbi told the large crowd at the speak-out following the march down Church Street that they should all work toward mutual respect and compassion.

"Hate will not prevail," Rabbi Small said through a megaphone, eliciting cheers from the crowd. "Love will prevail."

Down the road in Shelburne, the restaurant Rustic Roots echoed that love will triumph.

The eatery filled its walls with more than 90 colorful hearts. Each was created by a different artist, including felt artist Susi Ryan of Essex Junction.

"This is what the community as a whole is really all about," Ryan said of the display of heart art at Rustic Roots. "As opposed to a small group of folks that feed off of hate."

The hearts will be auctioned, with a goal of raising $5,000 or more for Outright Vermont, boosting its work to make sure all kids feel safe, healthy, and valued.

"And send a strong message to counterbalance the hateful messages that were sent this week," said Ashley Campbell, the owner of Rustic Roots and the organizer of the charity art effort.

Deputy Chief Jon Murad of the Burlington Police Department told necn the investigation into the white supremacists' posters is still underway. He said detectives are currently seeking surveillance video or witnesses who may have seen the vandals in action.

"The people who did this did this under the cover of darkness, to avoid being seen," Murad observed. "And the people who are here [at the rally] today are in broad daylight, and saying, 'Here are our numbers.'"

People with information can submit tips to the Burlington Police Department at this link.

The many voices at the demonstration were unified in spreading one message: that Vermont should be a place where all feel welcome.

In response to a question from necn, the Republican called on state and community leaders, as well as all residents of his state, to work toward a Vermont that's free of hate.

"We can't tolerate this kind of action," Scott said of the group that plastered its posters specifically on the LGBT and Jewish organizations. "While free speech is something that's near and dear to our hearts, that's not free speech, that's hate speech. And we have to eradicate that."

Scott said that as a start, all Vermonters should start treating each other better.