The defense attorney for a Vermont college student accused of making racially-motivated threats insists his client is not a racist.

“Absolutely not,” lawyer Ben Luna said when asked by necn if Wesley Richter, 20, is a racist. “The fact that I am Mexican and the fact I am representing him shows that he is not a racist.”

Police at the University of Vermont said a concerned tipster told them this past Sunday that the continuing education student made overtly racist and threatening comments toward African Americans and campus diversity programs.

The alleged threats came in a phone call that was overheard in public on the UVM campus, investigators said. Police would not publicly disclose who the call was made to.

The report triggered an aggressive and complete investigation, said UVM Police Services Chief Lianne Tuomey. The investigation included an assessment of whether weapons may be involved, but revealed no urgent public safety risk, Tuomey said.

If there were a finding that public safety had been in imminent danger, protocol would have been launched to alert the campus through social media, urgent messages, email, and phone, UVM Police Services said. 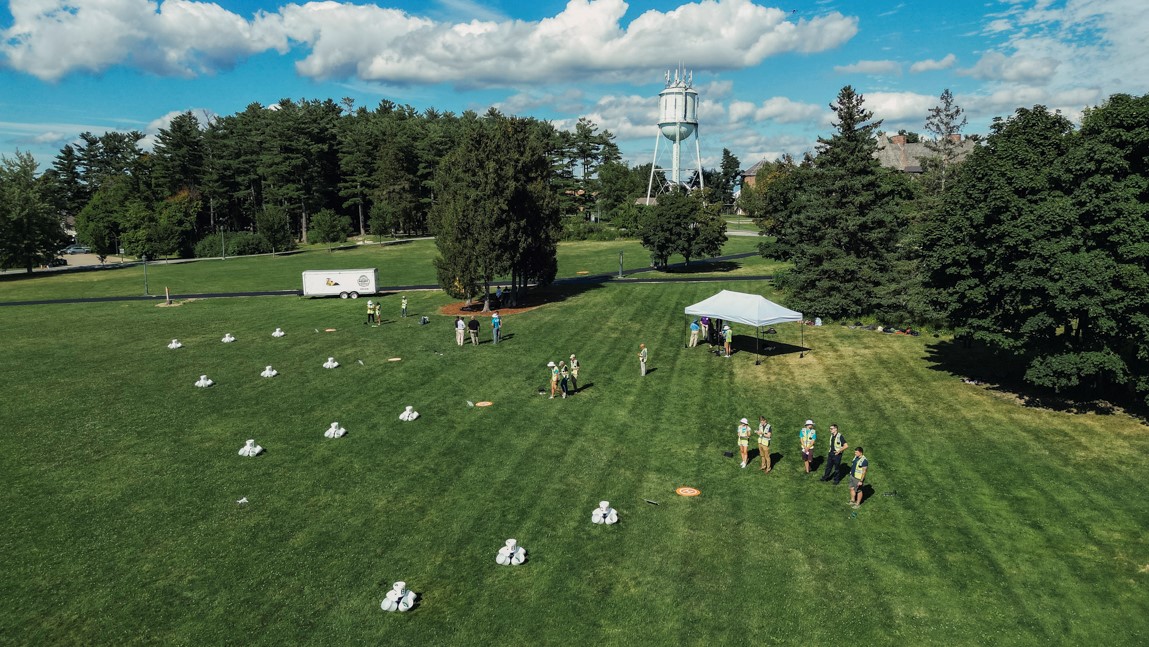 UVM Partners on National Research Into Drone Use in Emergencies

In court Friday, Luna asked for three extra weeks to enter a formal plea, so he could research legal issues the case raises.

Because of that delay, many details on the investigation remain sealed, including specifics on those alleged threats, which prosecutors called criminal.

“There are some gray areas [about the case] that have not been dealt with before in the state,” acknowledged Deputy Chittenden County State’s Attorney Ryan Richards. “I think it’ll be complex.”

Richards declined to reveal what the criminal charge to be brought against w would be, because a judge has not yet found probable cause in the case. That means few details are publicly available.

“My client has been unfairly singled out by the university,” attorney Luna alleged. “I am going to make sure my client’s right to free speech is not abridged by this government, by the State of Vermont, by the University of Vermont, and the state’s attorney’s office.”

Luna said the speech Richter is alleged to have made in that phone call would have been protected by the First Amendment of the U.S. Constitution.

“The First Amendment in the country is under siege,” Luna argued.

Chief Tuomey did not respond directly to the remarks, but said she is proud of her officers’ professionalism and seriousness in handling the case. She indicated she feels Chittenden County State’s Attorney Sarah George is handling the situation appropriately.

Some members of the campus community have expressed concern they have little information about the content of the threats.

Chief Tuomey said Friday that she sympathizes with community members who’d like more info, but said for now, legally, she cannot reveal much about the case.

“I recognize the human impact that these types of incidents have on the members of our community,” Tuomey told reporters. “These are people that are trying to live their lives.”

“Of course I wanted to have the perfect college experience...meet new people, but I also know there’s dangers and things like that in the world,” said Jay Haley of Chicago, another first-year UVM student.

“I feel really safe,” Rochelle O’Brien, a first-year UVM student from Washington D.C. said in response to a question from necn about her sense of security on campus. “I feel at home, honestly. And that’s part of the reason I chose this place.”

“I think you can have free speech, but if it comes with hate speech, you should have consequences to it,” said Lule Aden, a UVM junior from Burlington, Vermont. “And that shouldn’t be allowed. Especially on a public college campus.”

The school said Friday in a news conference it is launching an internal disciplinary probe into the allegations against Wesley Richter.

Attorney Ben Luna said his client does plan to continue his education, as the case against him proceeds.