The human remains discovered in a park in Abington, Massachusetts, Saturday have been confirmed to belong to Elijah Lewis, a 5-year-old boy who'd been missing for about a month, officials said Sunday after an autopsy.

However, it could take months before Massachusetts medical examiners determine what caused Elijah's death, according to an update from prosecutors and police in New Hampshire. They did not anticipate bringing more charges in the case until those findings are complete.

"The investigation is ongoing and additional information will be released as it becomes available while protecting the integrity of the investigation," New Hampshire Attorney General John Formella, New Hampshire State Police Col. Nathan A. Noyes and Merrimack police Chief Brian K. Levesque said in a statement.

A vigil will be held Sunday night in New Hampshire for a young boy that authorities say has been found dead in Massachusetts.

More than 100 people gathered Sunday night at a candlelight vigil at Watson Park in Elijah's hometown of Merrimack, where attendees were calling for justice for the little boy one day after his body was found.

"MJ," a friend of Elijah's mom, launched a Facebook group days after Elijah was reported missing in early October.

"We were told Eli was placed in someone else's care, so when the family and friends found out that he wasn't, our main goal was to find out, well, who saw Eli in these last six months, because it wasn't us," she said.

No one has been charged yet in the boy's death, and the calls for justice were loud Sunday night.

"He didn't deserve what he got," family friend Deanna McIntyre said. "We don't have answers yet but we will have answers and we'll bury him with pride."

Elijah's loved ones want him to be remembered for the beautiful little boy he was.

"Think about his silly personality, the way he loved to dance, those big, beautiful brown eyes and his dimples," MJ said through tears. "He's gone and that hurts really bad."

Investigators recovered his body in Abington on Saturday, on the second day of searching the remote wooded area. His remains were confirmed via dental records.

Elijah's mother, Danielle Dauphinais, is in jail along with her boyfriend on charges tied to the boy's disappearance.

The pair have pleaded not guilty to charges of child endangerment and witness tampering, after being accused of telling people to lie about Elijah's whereabouts.

"Obviously a little boy is gone. Nobody deserves to die this way and we hope to get justice for the little boy," Plymouth County District Attorney Timothy Cruz said.

Randy Stewart, Elijah's uncle, said Saturday that he feels "a small sense of relief knowing he's not out there suffering. He's in a better place now."

So far nobody is charged in connection with his death.

"I don't like to think my sister would hurt her own child," Stewart said.

More on the Search for Elijah Lewis 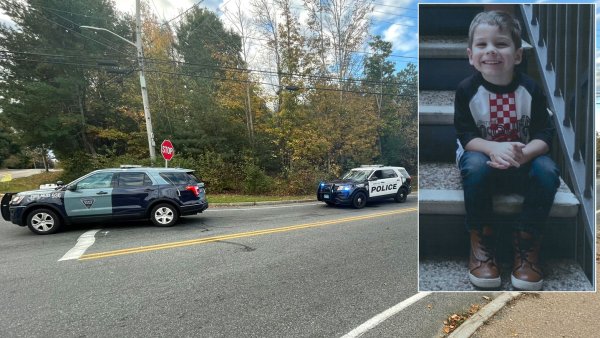 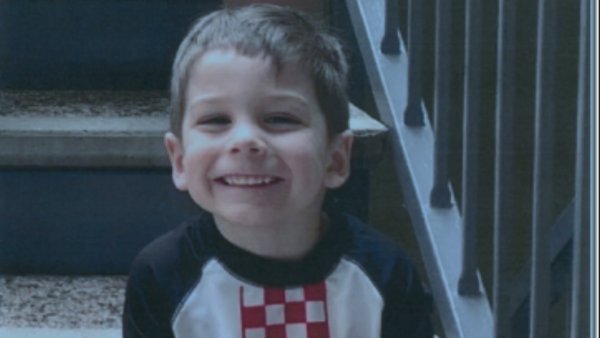 Prosecutors from New Hampshire and Massachusetts didn't share many details about the still-active investigation at a news conference Saturday, beyond what they discovered in Abington.

How the child ended up buried in the woods in southeastern Massachusetts and what happened to him leading up to his death are still a mystery. Elijah hadn't been seen in about a month before he was reported missing Oct. 14.

A cadaver dog discovered a body in a grave presumed to be that of missing New Hampshire boy Elijah Lewis during a search in the woods in Abington, Massachusetts, prosecutors from both states said at a news conference.

It's unknown how long the body had been in the woods. The search brought in law enforcement from New Hampshire, Massachusetts and Rhode Island.

"I'm glad and relieved that we were able to bring some closure to this part of the ongoing investigation, and most importantly, help bring Eli home with some dignity," Massachusetts State Police Col. Christopher Mason said.

Investigators have not said how they knew to search in Abington, but noted that surveillance video and phone records were very helpful in this case.

Elijah's uncle said the family is grieving -- carving a pumpkin as a tribute to the child as one way to cope with their emotions.

"I don't hate my sister, I love my sister," Stewart said. "I hate the situation, I hate what happened."