Tiago Depina, 12, and Rafael Andrande, 13, were skipping rocks in shallow water when one of them fell in near a steep drop-off. The other went in to try to rescue his cousin, but neither knew how to swim.

A vigil was held Monday evening in memory of two young boys who drowned in Brockton, Massachusetts.

The vigil was held by Waldo Lake Tuesday evening. Grief counselors will be at South Middle School, where the boys attended, to help students and staff cope with the loss.

"Look at how we come out and support each other when we need it, and that's what counts," Mira Nunes, the victims' aunt, said at the vigil. "I just want to thank you all for all the prayers and the support."

Multiple 911 calls were placed, authorities said, after people who were with the boys said they hadn't seen them for 5 to 10 minutes.

Investigators say the boys were skipping rocks in shallow water when one of them fell in near a steep drop-off. The other went in to try to rescue his cousin, but neither knew how to swim.

Brockton Fire Capt. Steve McLean said that roughly an hour into the search, around 8:51 p.m., Andrande was pulled from nearly 10 feet under the water and taken to Good Samaritan Medical Center, where he was pronounced dead. Around 9:33 p.m., Depina was located in the water, also nearly 10 feet beneath the surface. He was also taken to Good Samaritan, where he was pronounced dead.

There is a memorial near Waldo Lake where Andrande and Depina were pulled from the water.

"They're really good kids. I love them," family friend Elton Nunes said. "It's like we just don't know what to do, what to say. No one -- you cannot bring them back anymore. We just have to keep praying."

Valdo Centeio, who was at the scene on Saturday, said he is having a difficult time processing everything.

"I heard screams coming from Waldo Lake, they were just going crazy -- 'Oh, I can't find my kids,'" he recalled. "And then I asked him how many of them and he was like, 'Oh, there's two kids.'"

Centeio said he tried to help, but the water was too deep and it was too dark outside.

"I guess they went down the ramp, but they didn't know that once they reached the end of the ramp, they were just going to go right in," he said.

Brockton Mayor Robert Sullivan was at the lake both days this weekend. He said grief counselors were available Sunday at the middle school the boys attended.

"This is just a tragic day here in the city and our prayers and condolences go out to the family,'' he said. "My title is mayor, but my job is dad. I'm a dad of three kids. I cannot even fathom what this family is going through.''

Sullivan also spoke at a press conference late Saturday night with McLean, where he said he was devastated by what happened and was sending the entire city's thoughts and prayers to the families of the victims.

The rescue operation for both boys took up to two hours, and was hampered by the setting sun, McLean said. Lighting was brought to the scene to assist in the search.

CPR was performed on one of the victims, authorities said, though the attempts to revive the boy were unsuccessful. The Massachusetts State Police detectives unit is assisting the Plymouth County District Attorney's Office with an investigation into the deaths of the boys.

The cousins were both students at South Middle School. On Sunday, Brockton Superintendent Michael Thomas released a statement addressing the boys' deaths.

"We are deeply saddened to learn that two members of the South Middle School community died Saturday following a tragic accident," Thomas said. "Our hearts are with the students' family and loved ones as they cope with this unthinkable loss."

Thomas also said the district's support services department will have a team of adjustment counselors available to provide emotional support to students for as long as needed.

The district attorney said an 11-year-old boy was also pulled from the lake earlier Saturday evening and was transported to Good Samaritan Medical Center. His condition was not immediately known.

Swimming at Waldo Lake is not allowed by the city of Brockton.

No foul play is suspected. An investigation by state and local police is ongoing. 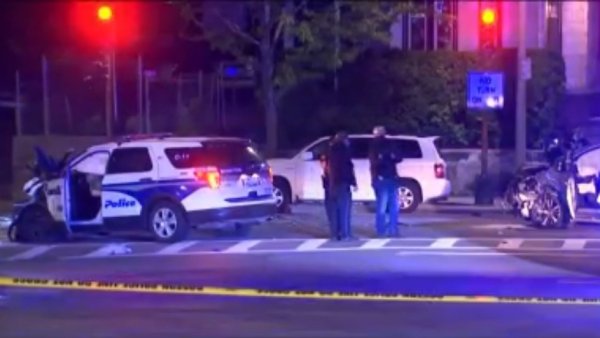 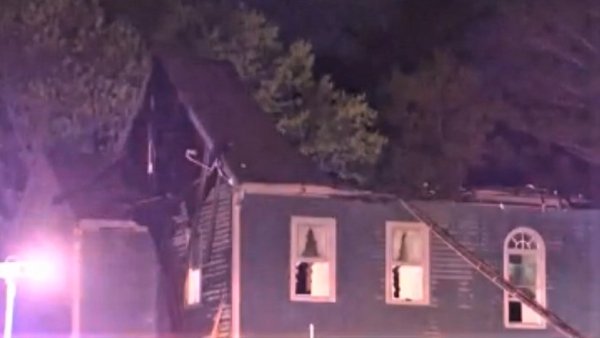