Vermont State Police say Kyle Uhlman, 25, of Northborough, Massachusetts, was struck by a white, six-wheel box truck passing by on Interstate 91 in Rockingham.

Vermont State Police are seeking the driver of a truck that struck a Massachusetts man on New Year's Day.

The incident happened on Interstate 91 in Rockingham at around 3:45 a.m. on Friday.

Police say Kyle Uhlman, 25, of Northborough, had rear ended a tractor trailer truck with his van. He exited the vehicle and appeared to be "experiencing a mental health crisis'' as he walked in and out of the roadway, police said. 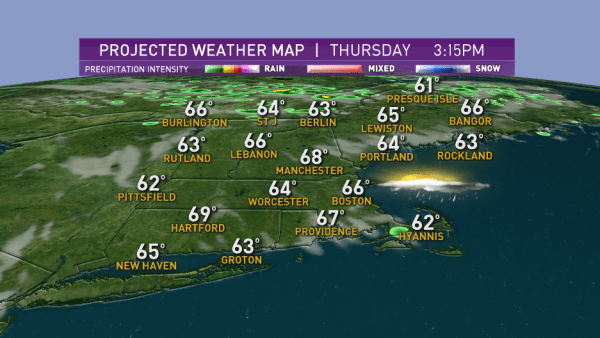 Sunshine, Highs Near 70 Thursday and Friday

Uhlman was then struck by a white, six-wheel box truck passing by. The truck did not stop after striking Uhlman, who sustained serious injuries, according to police.

He was taken to Springfield Hospital in Vermont before being airlifted to the Dartmouth-Hitchcock Medical Center in Lebanon, New Hampshire. There was no update on his condition Friday night.