Emily Ferlazzo, of Northfield, New Hampshire, went missing while staying at an Airbnb in Bolton, Vermont, with her husband, state police said

A missing New Hampshire woman is believed to be dead and her husband is facing a murder charge, police in Vermont said Tuesday night.

Vermont State Police had said earlier that the disappearance of 22-year-old Emily Ferlazzo of Northfield, New Hampshire, was considered suspicious. Police said around 9:30 p.m. that her husband, 41-year-old Joseph Ferlazzo, had admitted to killing her.

"The information he provided was that he had killed his wife, Emily, said that he had done so in the town of Bolton in the early Saturday morning hours," Vermont State Police Maj. Dan Trudeau said at a news conference.

Emily Ferlazzo was reported missing Monday night by concerned family members, state police said. She had not been seen since Saturday afternoon.

Joseph Ferlazzo "provided a wealth of information which was helpful for us to obtain a search warrant" on their van, Trudeau said. "We did find human remains in that van tonight, which we believe ... will be Emily's."

An autopsy will be conducted in Burlington on Wednesday, Trudeau said.

Joseph Ferlazzo told Emily's family that the couple had been staying at an Airbnb in Bolton. Shortly after 3 p.m., they said he had been located at a convenience store in St. Albans and agreed to accompany state police to their barracks. The couple's dog was also located unharmed at the home of a friend of Joseph Ferlazzo.

Emily Ferlazzo's family reported her disappearance to Vermont State Police around 7:15 p.m. Monday as soon as they were made aware that she was missing. Police said they began an investigation that has since expanded from the Bolton area to include locations in Enosburg and St. Albans.

Joseph Ferlazzo told Emily's family that the couple got into an argument while in their camper van around 1 p.m. Saturday, prompting Emily to get out of the van and start walking on Route 2 near the Bolton Valley Resort access road. Joseph told family members that he went to a nearby store and when he returned to pick Emily up a short time later, he was unable to find her, state police said.

Anyone with information had been asked to call Vermont State Police detectives at 802-241-5000. Tips may also be submitted online anonymously at http://vsp.vermont/gov.tipsubmit. 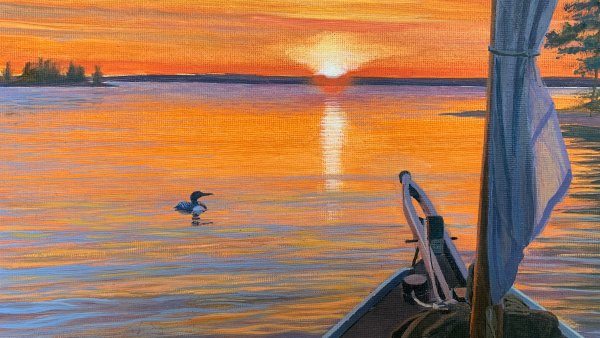