Walsh: ‘We're Still in the Thick of This Fight'

Mayor Marty Walsh called on Boston's business community to help the city end systemic racism amid national unrest over inequality, pointing to the pandemic as a prime example.

"It’s a lesson in systemic inequity and it’s taken intentional work, every day, to address it," Walsh said Tuesday in virtual remarks to the Greater Boston Chamber of Commerce. "But when ​George Floyd​ was murdered in late May of this year, it was clear: we are nowhere near ending systemic racism and achieving justice in our country."

Five "major" recommendations of the city's Police Reform Task Force are expected in the coming days, Walsh noted. And in a recorded speech delivered from The Guild in Dorchester, he promised to "break new ground in accountability, diversity and transparency."

"But ending systemic racism goes so much further than police policies," Walsh continued. "It affects every aspect of our society and every kind of opportunity. That’s what systemic means."

"We're still in the thick of this fight. COVID is still very much with us. Economic recovery will be a long, hard road. Racial injustice must be addressed and equity must be our shared goal," Walsh said. "These are no small tasks. But based on our response so far, we have proven we can do hard things."

As of Sept. 25, Boston had recorded 16,924 cases of COVID-19, including 13,852 patients who have recovered. The death toll reached 762 and as of now, roughly 1,800 Bostonians are being tested for coronavirus every day, showing a current positive test rate of 2.7%

Quoting his own speech about racial inequities to the Greater Boston Chamber of Commerce from 2016, Walsh told the same group Tuesday it was the first time in Boston’s history that a mayor put ending systemic racism at the top of the city’s agenda.

"I don’t want to be back with the Chamber, three years from now, having the same conversation again," Walsh said. "We must do more, all of us; The City of Boston, the Commonwealth of Massachusetts and all of our 351 cities and towns and every leader in the private sector."

"The inequities affecting communities of color and immigrant communities continue to define the impact of this pandemic--the health impact and the economic impact as well," Walsh said.

Walsh touted his reorganization of government "around a daily crisis response," to "make sure everything we do is laser focused on ending systemic racism and achieving racial equity in our city." He pointed to programs throughout the city that provide free testing, access to food, childcare for essential workers, laptops for students and rental vouchers to avoid homelessness.

The Boston Resiliency Fund has raised over $33 million, Walsh said, distributing over $26 million to 348 organizations that help people who are struggling in Boston during the pandemic.

Meanwhile, Walsh continues to dodge questions about whether he will run for a third term. When was asked whether it's time for a change in Boston's executive office, as city councilors Michelle Wu and Andrea Campbell have called for in announcing their mayoral bids for 2021, Walsh said there will be plenty of time to discuss reelection next year.

"Right now I think it's important for us to stay focused on the job in front of us," Walsh said. "I don't know of any other time in the history of Boston, or Massachusetts, or as a country that we've been faced with so many big, complicated issues and dilemmas in front of us. What Boston and what this country needs, I think, is strong, steady leadership."

Walsh did weigh in on the presidential election, however, pushing for former Vice President Joe Biden ahead of a scheduled watch party for the virtual debate against President Donald Trump with Sen. Ed Markey and U.S. Rep. Ayanna Pressley Tuesday night.

"I think cities around America will be in a better position with, with a President Biden," Walsh said."I think, day one, having having a partner in the White House that understands the importance of advancing cities and not pulling them back and not pitting Democrats versus Republicans is important."

More Coverage on the Call for Racial Parity 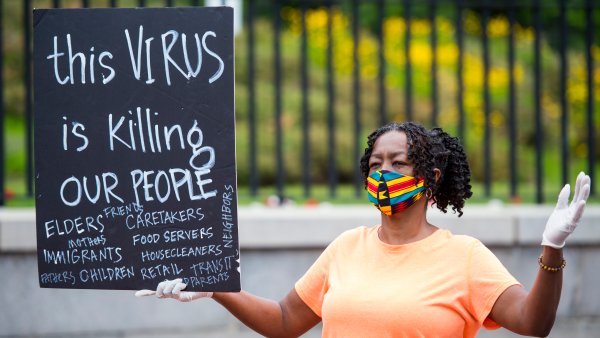 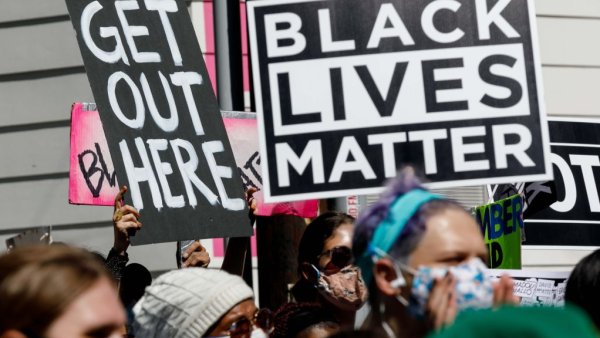 The U.S. Reckoning on Race, Seen Through Other Nations' Eyes