Police are still searching for the suspect

While Manchester, New Hampshire, police continue to search for a killer, the victim's family is speaking out.

Denise Robert, 62, a sales representative for the Union Leader was shot and killed Sunday while out for an evening walk.

Her family says they are heartbroken and are pleading with the public to come forward with any information that could help track down their sisters killer.

Services to Be Held Friday, Saturday for Fallen Air Force Captain From NH 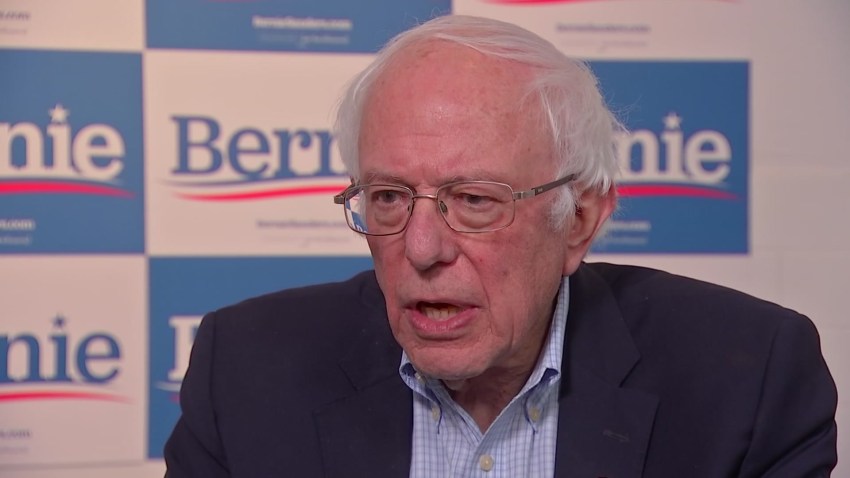 Sanders to Start Two-Day Swing in Mass., Seeking to Beat Warren on Her Home Turf

A growing memorial on Ray Street where Robert was killed honors a beautiful life taken far too soon.

"Nobody asks for this sort of thing," said her younger brother Tom Robert.

The Roberts, a well-known, successful family in the Manchester area, is dealing with the tremendous loss of their older sister and trying to make sense of it.

"Your guess is as good as ours as to why this happened," Tom Robert said to reporters in a Tuesday afternoon press conference.

Denise Robert, the oldest of 12 siblings, was out running errands along South Willow Street before parking her car and walking the neighborhood where she grew up. Her brothers say she did it every Sunday night and had no idea this walk would be her last.

"She was her own person, exercise was very important to her," said another one of her brothers Ernie Robert. "It was one way she relieved stress and what not, she's walked in a lot worse areas."

The flag was lowered to half staff at the Union Leader Tuesday afternoon in honor of Roberts, a dedicated sales representative who spent decades with the newspaper.

And while coworkers, family, and friends search for answers, Police Chief Nick Willard tells us he doesn't know much more today than he did yesterday.

"I think that's the most difficult part, not only for investigators, but for the community," Chief Willard said. "How do you make sense of something you don't yet understand?"

What they do know is Robert was killed by one single bullet on Ray Street at about nine o'clock Sunday night.

Chief Willard says a rust colored, older model pickup truck was seen speeding away, driven by a male in his twenties or thirties.

Willard says while random homicides are extremely rare - there's next to nothing right now in the way of a motive.

"There is nothing to indicate she was targeted for a robbery or prescription drug purposes," Willard said.

Robert's family is joining the fight to find her killer, not just for justice, but to help bring a sense of normalcy back to this North End neighborhood.

"What makes Manchester a good place to live, you know, we're there for each other, there's always going to be bad things that happen, but if we let them take control it's going to rule the day, and we can't let that happen," Ernie Robert said.

Police say you should contact investigators if you have any information no matter how insignificant you may think it is. Call Manchester Police at 603-668-8711.