The burst pipe on Northampton Street, steps away from busy Tremont Street, in the city's South End

A break in a 20-inch water main in Boston early Monday sent water rushing down a city street, formed a sinkhole that swallowed a vehicle, and flooded area basements, city officials said.

The burst pipe on Northampton Street, steps away from busy Tremont Street, in the city's South End was reported at about 3:30 a.m., according to the Boston Water and Sewer Commission. The water main is about 150 years old, but was updated in the 1970s, the commission said.

"It was a significant amount of water over a short period of time,'' Director of Communications Dolores Randolph said.

An NBC10 Boston crew on scene saw a considerable flow of water along the street when they first arrived before 4 a.m. About 30 minutes later, the water had been turned off, but parts of the street were starting to buckle.

City officials say the broken section of pipe will be removed and replaced, but it’s not an easy job.

Some apartments in the area flooded due to the large amount of water that was gushing from underground.

Stephany Perez was assessing the damage inside her apartment later Monday. The water is gone but her living room and kitchen were drenched when she awoke in the middle of the night.

“And I just stepped in a puddle of water,” she said. “And turned on the lights and everything was just submerged in water.”

Perez had no idea where the water was coming from and stepped outside to see water filling the street. The asphalt eventually buckled and swallowed up a 2022 Subaru Outback.

“I was like, I’m going to open the door to get some fresh air before I leave and I was like 'wait, what’s going on?' I saw the hole, and I was like, 'wait, wait, wait, my car’s over there,'” said Sarah Donner, who recently purchased the new car.

"I went out further and saw my car was in this hole. Pretty crazy," Donner added. "Definitely not something I expected to see obviously first thing waking up, pre-coffee."

The Boston police, fire and water departments were all seen responding to the incident.

Service to area buildings was not affected and no one was hurt.

Tremont Street was closed to traffic in both directions in that area, as were nearby side streets.

City officials say the broken section of pipe will be removed and replaced, but it’s not an easy job.

“It all needs to be replaced but that takes a lot of time and money,” said neighborhood resident Benny Taylor.

The repair work on the broken pipe will last into the evening. City officials say they can then start to focus on repairing the road which will likely begin Tuesday.

The cause for the rupture has not yet been determined.

According to an official with the Boston Water and Sewer Commission, the 20 inch water main break started around 3:45 a.m. Monday.

City officials say there have been three water main breaks in Boston in the last four days but they say it’s been an average year with 21 breaks so far. Each year there’s typically 30 to 40.

There was another major water main break at Boston Common on Saturday that caused thousands of gallons of water to gush onto the sidewalks and on Charles and Boylston streets nearby. The flooding closed traffic to parts of the streets affected and also caused rocks and debris to litter the roads.

According to the commission, that broken pipe was from the late 1800s, but was rehabilitated in the 1980s. Since the break Saturday morning, work crews have already replaced the pipe and filled in the areas where they needed to dig.

Officials with the Boston Water and Sewer Commission said they're not concerned by two major breaks happening within days of each other.

"Not concerning to us at this time," the director of communications said. "We have about 30 to 40 breaks a year and that is well above the national standard for this region. But we take every break seriously and are trying to work to get the repairs done as quickly as possible."

Crews are working to repair a water main that broke early Saturday morning near the common. Crews expect to have the incident fixed overnight. 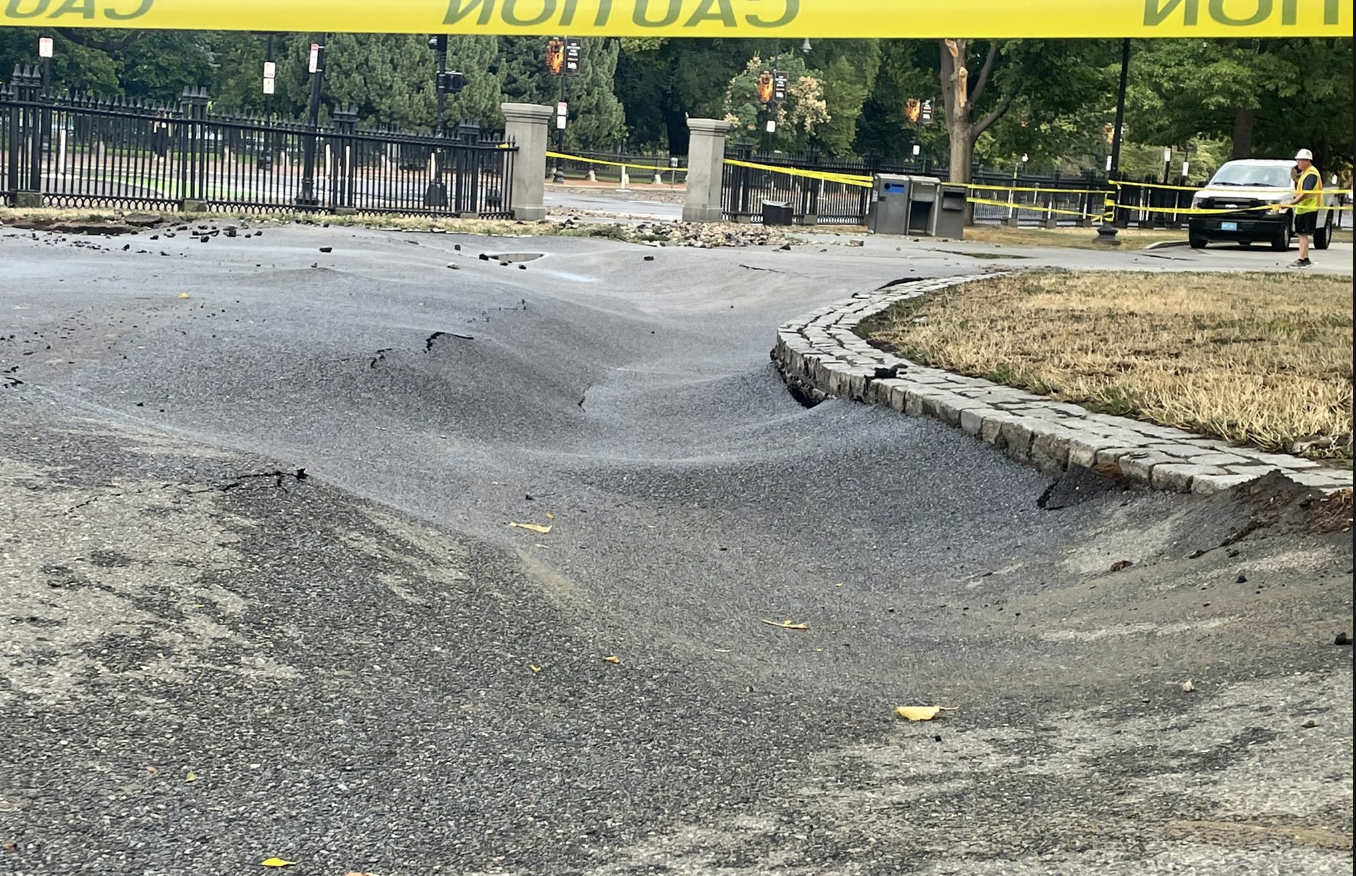