‘We Were Completely Powerless': Sailors Recall Dramatic Rescue After Stranding at Sea

Charlotte Kirby and her fiancee, Nat Davis, described their time stranded on a disabled boat after embarking from Maine

A month after being rescued from a sailboat stranded at sea, two of the three people on board are sharing the details of their harrowing story.

Charlotte Kirby and her fiance, Nat Davis, set sail from Mount Desert Island off the coast of Maine on Nov. 15. A friend, Wilfredo Lombardo, was also on board the 40-foot boat, Dove.

"I felt threatened [and] in trouble," she said. "I felt uncomfortable, feeling seasick and throwing up and being shook from one side of the boat to the other. Getting bruised up. Getting banged up."

Cellphone reception was poor, so she was only able to make one short call to 911. She told News Center Maine she did not know whether responders would be able to pinpoint the Dove's location.

The boat had a GPS device, but it was not activated. It took three days and the reactivation of the boat's GPS device, but the U.S. Coast Guard was eventually able to make contact with the lost sailors. 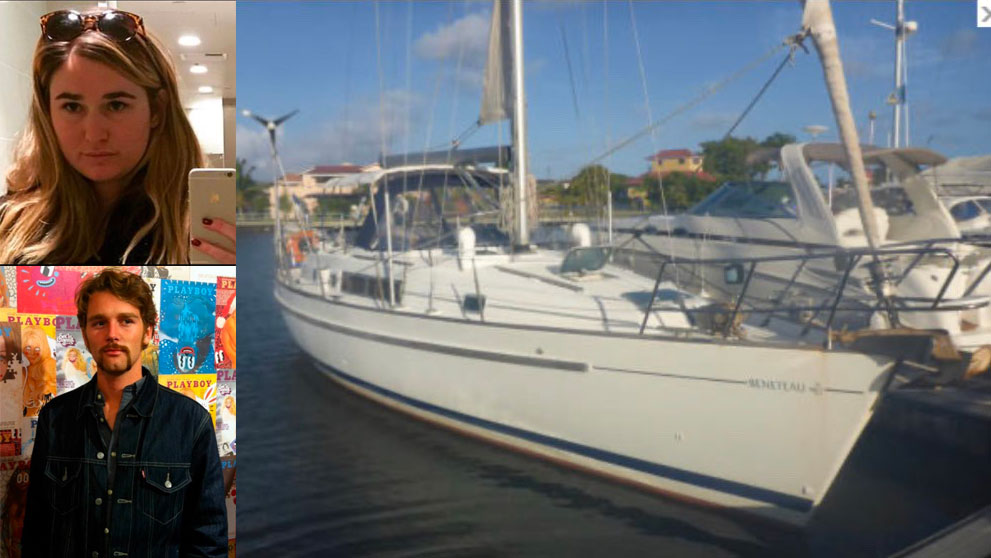 But rescuers still had not made their way to the Dove when it found itself in deeper trouble: Weather conditions had caused the boom and mast to break.

After five days at sea, the crew was rescued off Virginia's coast by Jaguar Max, a carrier vessel.

"It just kind of speaks to the intensity of the conditions, the fact that the U.S. Coast Guard is unable to find our boat," Kirby said. "Why not, you know? I'm a little curious as to why they were unable to find us."