With hate crimes targeting Asian Americans on the rise across the country, whistles will be handed out in Quincy, Massachusetts, and other cities to help protect older people

The rise in hate crimes targeting Asian Americans across the country has led to grave concern.

"What's hurtful is that people are targeting the elderly, who are the most vulnerable," said Oanh Nguyen, who, along with longtime friend Julianna Lee, wanted to do something about it.

"Just like a lot of other people, I felt really frustrated by the situation," said Lee.

The two women came up with the idea to give whistles to older Asian Americans. It was an idea with roots to their days as college freshmen.

"We got whistles as first-year students at Wellesley College, and the whistle functions, really, as a very small but simple way to protect ourselves in the event of an assault or some kind of harassment," said Lee. 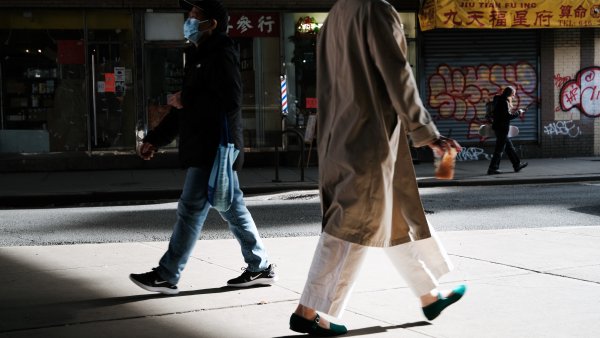 They partnered with Quincy Asian Resources, which is spearheading the campaign in Massachusetts, New York and Los Angeles.

Just this week, whistles were distributed in New York City.

Friday, they'll be handed out in Quincy, and other local communities in the days ahead.

"This is something they can put around their neck, and if, in an emergency or any situation, they're being disturbed, harassed or attacked, they can use it, they can make a very, very loud noise," said Philip Chong, CEO of Quincy Asian Resources.
"It's also a signal for bystanders that if they hear the whistles, they should call 911."

The whistles will be given out at the Germantown Neighborhood Center in Quincy starting at 9:30 a.m. Friday. Organizers ultimately hope to distribute about 100,000 whistles in all.