Both victims were Black, and the shooting is being investigated as a hate crime, Suffolk County District Attorney Rachael Rollins said

The shooting that killed two Black people Saturday in Winthrop, Massachusetts, is now being investigated as a hate crime.

Investigators found the 28-year-old gunman had made "some troubling white supremacist rhetoric" that targeted Black and Jewish people before he killed two people, including a retired state trooper. The gunman, identified by Suffolk County District Attorney Rachael Rollins Sunday as Nathan Allen, was quickly killed by police officers.

The rampage erupted in quiet Winthrop, a small city across Boston Harbor from Boston Logan International Airport, before 3 p.m.

Police arrived on the scene of what they thought was a traffic accident -- the man crashed a stolen plumbing truck into a building, injuring two other people in the process, before he opened fire on the two victims.

Rollins said the gunman was driving the stolen truck at twice the speed limit before he crashed it, and speculated that he may have been trying to reach Jewish temples in the area.

"He had anti-Semitic rhetoric written in his own hand," she said.

But after the crash, he appeared to target Black people. Cooper, the Air Force veteran, was shot three times in the back, while Green, the retired state trooper, was "executed," shot four times in the head three in his torso, according to Rollins.

The shooter "walked by several other people that were not Black and they are alive. They were not harmed," Rollins said.

Rollins had no knowledge of the gunman before the attack. He had a license to carry firearms, which means he'd passed a background check, she said.

In fact, the man had a Ph.D. and no criminal history, Rollins said in a statement Sunday evening.

"To all external sources he likely appeared unassuming. And then, yesterday afternoon he stole a box truck, crashed it into another vehicle and a property, walked away from the wreckage interacting with multiple individuals and choosing only to shoot and kill the two Black people he encountered," she wrote, noting that racism-driven violence is on the rise in the U.S.

"This individual wrote about the superiority of the white race. About whites being ‘apex predators.’ He drew swastikas," Rollins wrote.

Massachusetts Attorney General Maura Healey said in a series of tweets Monday that her heart goes out to the families of Green and Cooper, "Both remarkable people who were all about service."

She added that "Any possible white supremacist motivations for these killings need to be addressed, as well as those who knew or enabled those motivations."

"Our community has been targeted by hate-fueled violence," said Assistant U.S. House Speaker Katherine Clark, who lives in nearby Melrose. "We must stand together and reject these abhorrent values. Hate has no place here or anywhere."

The Winthrop Town Council issued a statement thanking first responders and expressing their condolences to the families of Green and Cooper.

"The Winthrop Town Council has no tolerance for hate in Winthrop and we take actions that are rooted in hate very seriously," the statement said. "We strive for unity within the community and will continue to work with our town partners to ensure Winthrop is an accepting and inclusive place for everyone."

Witnesses described a chaotic scene, including the building flattened by the truck and the gunman without shoes before firing a series of shots.

More people could have died if the incident had taken on a weekday. The building at the corner of Shirley and Cross streets is an office, and a man who rents the space said Sunday that he, his partner and their families are often inside.

Two other people were hospitalized but are expected to survived -- they were in a crashed vehicle that was part of the incident, according to Winthrop police. A police officer was taken to a hospital to be evaluated but wasn't seriously hurt, according to police.

The shooting and the gunman's motivation remain under investigation, Rollins said at the news conference. She pointed out that "this individual will not hurt anyone else," but added, "these families deserve answers." 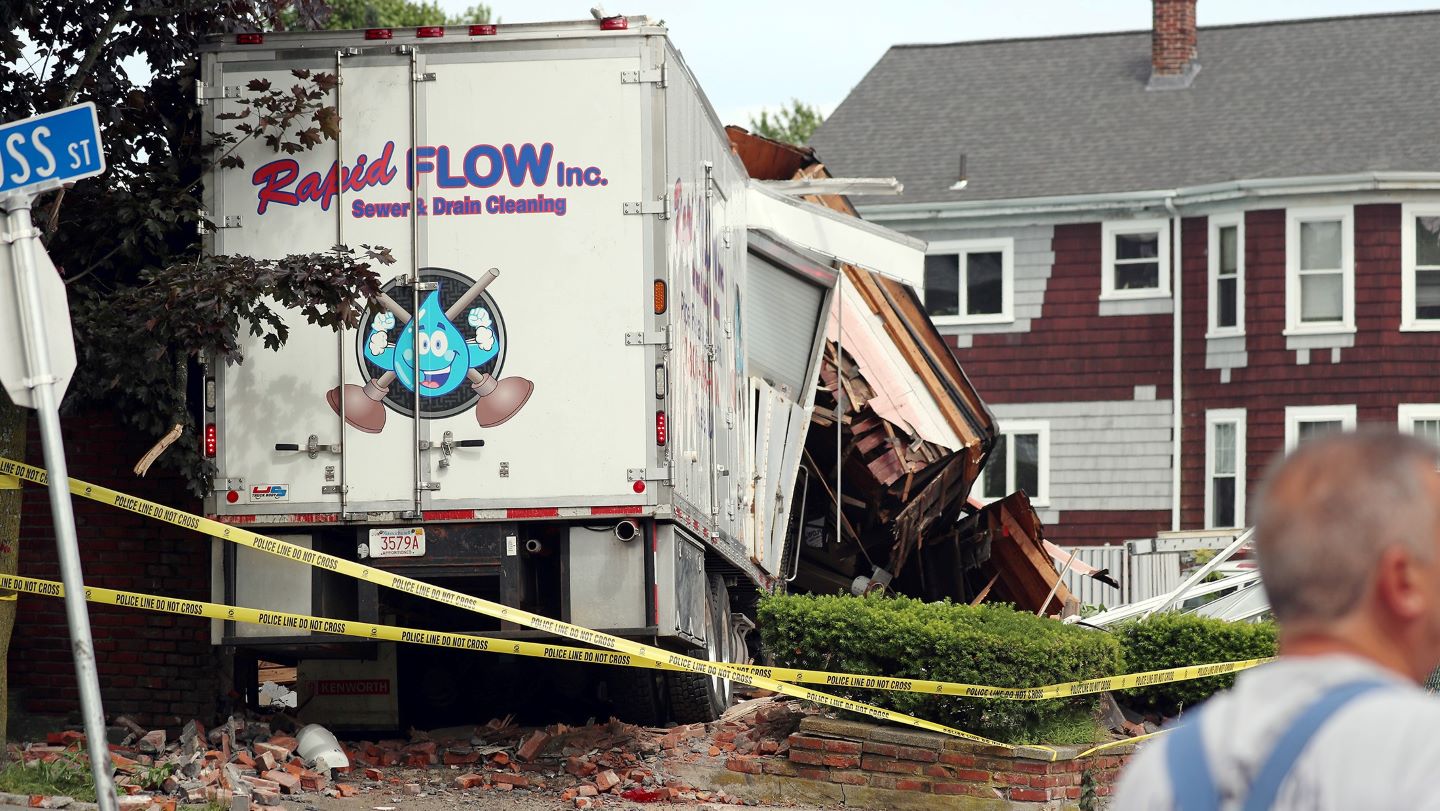 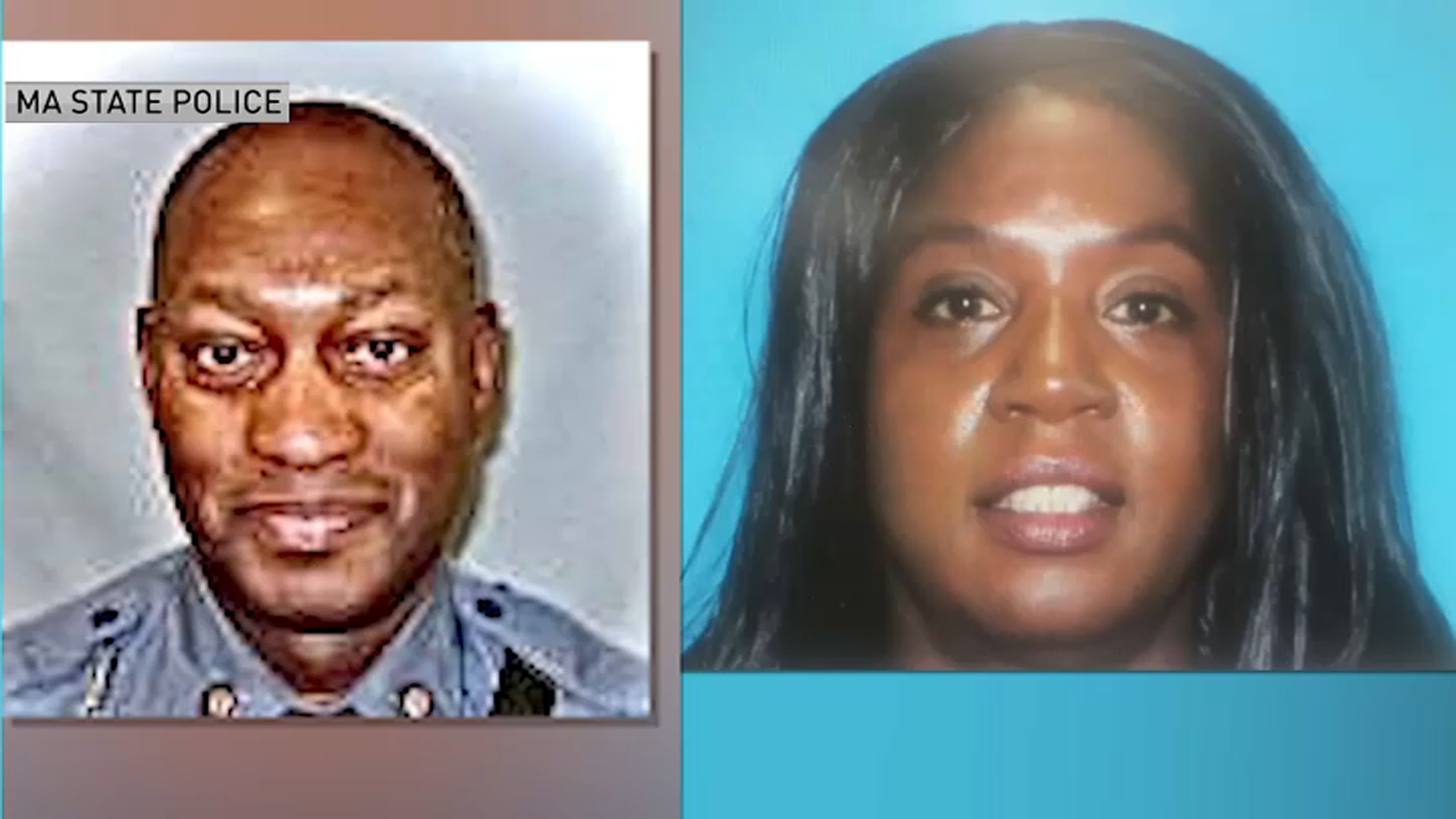