DPW Crews, Mass. Residents on Alert With Threat of Severe Flooding From Ida

If you come across a flooded road, don’t drive through it. DPW crews also warn of staying away from any manhole covers that may come dislodged due to water pressure.

With the potential for severe flooding Wednesday night into Thursday in New England, local cities and towns, and highway crews have been on high alert.

In Worcester, Massachusetts, the city says preparations have been ongoing throughout the day including culvert and stream inspections, and cleaning of catch basins.

The owner of the Kenmore Diner is near a flood-prone area.

“If you go slow and take it careful you might get through best thing back off and go the other way,” said James Yantsides. 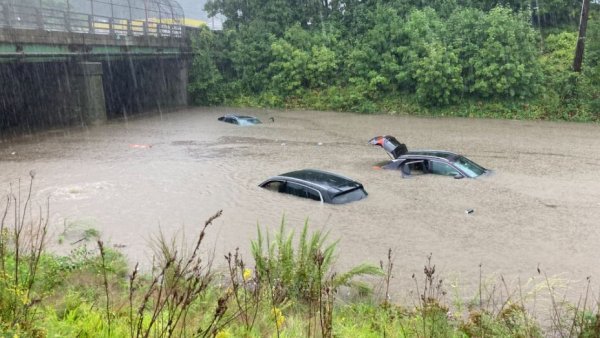 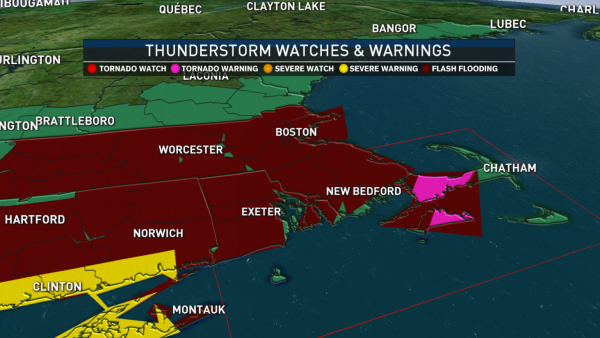 Two weeks ago several people had to be rescued from their cars in Worcester after flash flooding.

“The water comes from the ground, through the windows,” she said.

And her daughters dealt with the water seeping inside.

“When you’re in the basement, it becomes scary because the water comes up so many steps and then you’re worried because we have to get down there and activate all the sump pumps but then it’s an electrical hazard and a gas hazard,” a daughter said.

“I’m really tired from getting water from the basement from the street every time it rains,” one man living in Worcester said.

In Worcester, the city says preparations have been ongoing throughout the day including culvert and stream inspections, and cleaning of catch basins.

Heavy rainfall has inundated the city as of late. The relentless rain hasn’t just been problematic for our coastal waterways but those that are inland as well. Take Blue Hill Park in Worcester for example where the water levels are rising and swimming has been prohibited due to the possibility of drowning.

Back on Dorset Street, the DPW says infrastructure is partly to blame.

“We need to do something about our infrastructure,” Ashbridge said.

“They should do the job that they’re supposed to do for the city they’re serving and take care of the infrastructure of the city,” the man said.

Norwood has also seen historic flooding. DPW director and town engineer Mark Ryan says this storm won’t be like that, but they’re staying on top of it.

“We make sure a lot of the low area catch basins are cleared out, we have some sewer pump stations make sure they’re ready to go if there is something more than predicted,” said Ryan.

In severe flooding, DPW crews also warn of staying away from any manhole covers that may come dislodged due to water pressure.

Firefighters had to rescue four people from their cars after they became submerged in flood waters on a street in Worcester.