Woburn Restaurants Raided by Feds: Here's What We Know

Allegations that prompted the raid included both labor- and sex-related trafficking, sources told the NBC10 Investigators, but sex-related charges have not been filed at this time

The Dog House Bar & Grill and Tudo Na Brasa, a Brazilian restaurant, were raided by federal agents Tuesday, and the father and son who own them charged in connection with a human trafficking and indentured servitude operation, as first reported by NBC10 Boston.

Both restaurants are located on the same block in Woburn, Massachusetts, and were swarmed with law enforcement officials.

Jesse Moraes, 64, and his son Hugo Moraes, 42, Woburn residents and co-owners of the restaurants, were smuggling people into the country illegally, according to a criminal complaint filed in federal court outlining charges against them. They worked with Chelbe Willams Moraes, Jesse's brother, and Marcos Chacon, 29, on the scheme.

Here's what we know about the investigation so far:

The complaint noted that investigators with the Department of Homeland Security were looking into seven people. Allegations that prompted the raid included both labor- and sex-related trafficking, sources told the NBC10 Investigators, but sex-related charges have not been filed at this time.

Jesse Moraes, Hugo Moraes and Marcos Chacon were held in federal detention after appearing in court in Boston Tuesday afternoon, prosecutors said. It wasn't immediately clear if they had attorney who could speak to the charges; Chelbe Willams Moraes lives in Brazil.

According to prosecutors, Jesse and Chelbe Willams Moraes coordinated to bring Brazilians who wanted to be smuggled to the U.S. into the country for a hefty fee, between $18,000 and $22,000. When they couldn't afford to pay all of it, they would offer to let them work off their human smuggling debt by working for about $3 an hour from 7 a.m. to 9 p.m. daily.

The migrants were housed in one of the Moraes family's properties in Woburn, authorities said. Chacon allegedly sold fake identification to the migrants to help them obtain work.

Officers from the Department of Homeland Security spent hours going through both restaurants Tuesday, collecting boxes of evidence as well as what appeared to be laptops and computer towers from the restaurants.

Officers with the Department of Homeland Security collected boxes of evidence, including what appeared to be laptops and computer towers from the restaurants.

A representative for the Department of Homeland Security didn't confirm the human trafficking aspect of the investigation that sources indicated. They said the investigation is ongoing and did not provide additional details.

"In the early hours this morning, Homeland Security Investigations and the Department of Labor Office of Inspector General, with assistance from Woburn Police, executed federal search and arrest warrants at several residences and businesses in Woburn," the representative, from the agency's New England field office, said in a statement.

Chelbe Williams Moraes is also facing four charges, but no information was released Tuesday on a potential court date. 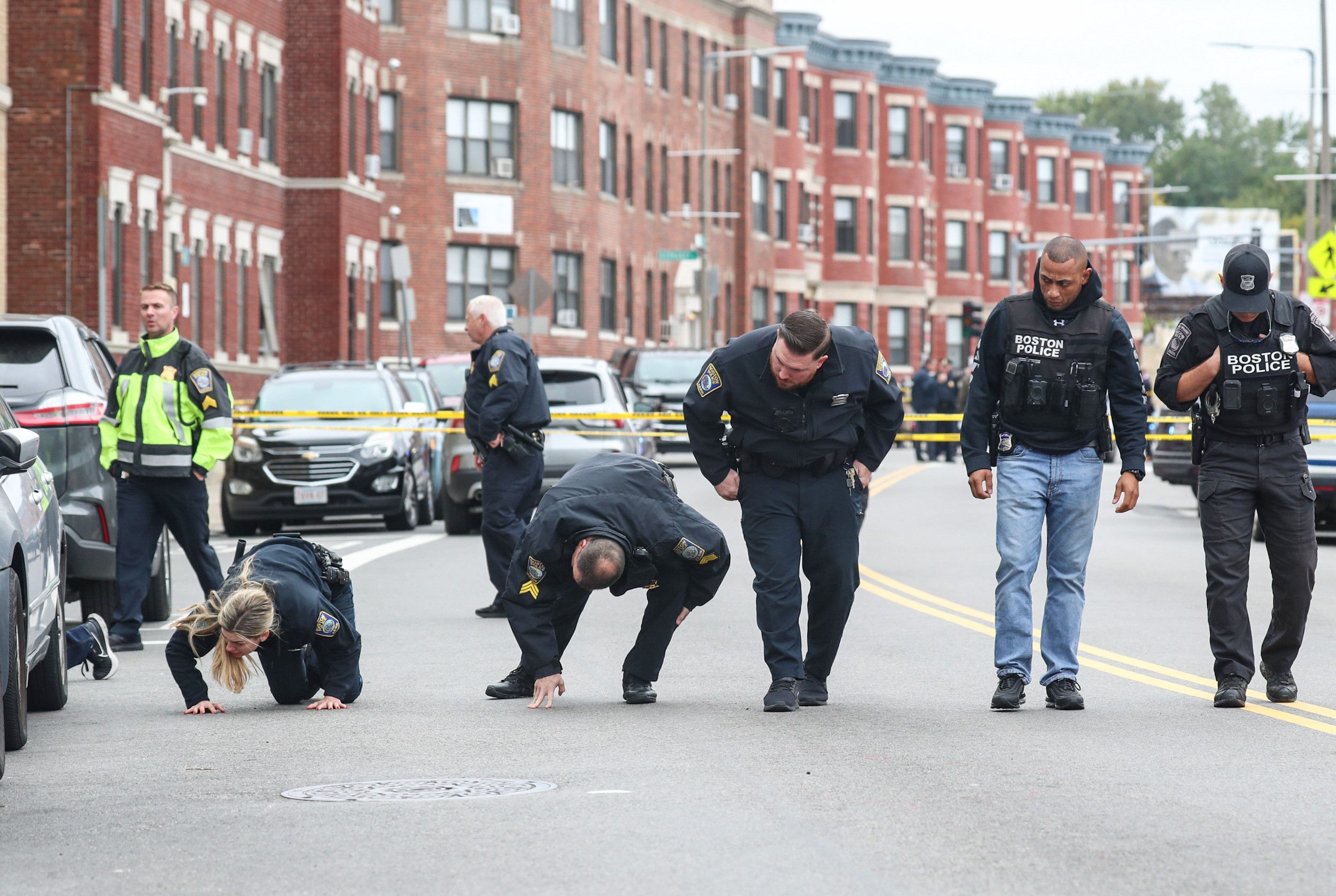