A Q&A With Blake Griffin, Who Has Made Fast Friends in Boston

Forsberg: Q&A with Blake Griffin, who has made fast friends in Boston originally appeared on NBC Sports Boston

Blake Griffin has acclimated to his new surroundings so quickly that it sometimes feels like he’s been in town for a couple years, not a couple weeks.

Griffin had some minor connections with the Celtics’ core players — him and Jayson Tatum spent time together at a Jordan Brand event in Paris; Marcus Smart shares a trainer; Derrick White is part of the same agency; and Griffin doesn’t know an NBA where he hasn’t had to joust with Al Horford at least a couple times per season — but he’s made fast friends with just about everyone on the roster since arriving.

Stream the Celtics all season on NBCSportsBoston.com or via the MyTeams App!

When Griffin isn’t making Tatum cackle with laughter on the Boston bench, he has his arm perpetually slung around the shoulder of Payton Pritchard. As Horford noted this week, “[Griffin has] fit right in quickly. He’s one of us already.”

It turns out Griffin has had eyes on Boston a lot the last couple seasons. And, spend just a few minutes with him, and it’s easy to see why teammates have been magnetized towards him.

Blake Griffin shares how he got into stand-up comedy and uses Jimmy Fallon to demonstrate exactly why interviews after games make professional athletes sound dumb.

We sat down with Griffin this week to talk about the secret to getting comfy quickly, his early impressions of the Boston roster, and wasting breakfast balls on the golf course. (Questions edited for clarity):

NBC Sports Boston: How much of a draw was having young superstars like Jayson Tatum and Jaylen Brown in Boston, and the core that’s here?

Griffin: "It was a huge part of it. Obviously, this organization from top to bottom is special in that they hold people to championship expectations. Some people can shy away from that. These guys have embraced it, they're part of it. So that was a draw but also guys on the team being great guys, and since I got here, the guys that I didn't really know that well, I’ve gotten to know really well. When you do it for 14 years, it's easier to come into a situation and sort of feel comfortable. I guess the older you get, just the more comfortable you are with yourself.”

NBCSB: Is it easier to get comfortable at this stage of your career?

Griffin: "It depends on the guys on the team. And these guys are very -- I mean this in the best way -- are normal guys and that's what you want in a team. You don't want crazy egos, you don't want this or that. Even our two superstars, even JB and JT, are just so easy to talk to. So a very, very refreshing experience."

Griffin: "I don't mean that as a knock with anybody that I've played with or against. It’s just you don't always have a team full of guys who just seem like they're good dudes. And not that there's bad guys — it’s just hard to describe. But I truly don't mean that as a knock towards anybody. Really, I haven't had bad teammates. But I guess the egos [here], they're just very part of the group."

NBCSB: Who gets everyone together for the field trip to the Jack Harlow show this week? Did you have a hand in that?

Griffin: "No, I didn't set it up. Jack’s a Celtics fan. So we all kind of knew him through different stuff. He starred in a movie that I produced [a "White Man Can’t Jump” reboot]. So we’ve all kind of met him in different ways. And then Grant [Williams] said he was going and he said Malcolm [Brogdon] was going and he texted me and Payton [Pritchard]. So just like that. Whoever wants to go can go."

NBCSB: There were some pictures of you and Pritchard competing at a beer pong table backstage. Who’s the best at beer pong?

Griffin: "So Post [Malone] and his buddy, they were actually drinking. Me and Payton, we were just playing. We didn't actually partake in the beer pong. So I don't know if that made us worse because they were drinking and they got better as they went.”

Griffin: "Yeah. We were just dead sober, just playing beer pong. You’re not going to not play beer pong -- or water pong, in our case — with Post Malone. So they definitely got the best of us. I've known Post for a little bit, too. He plays *all* the time. So he better beat us."

NBCSB: You and Tatum crossed paths on the golf course this past summer. Who is the better golfer?

Griffin: "I think last summer, we were probably pretty even. I spent a pretty good amount of time on the course. So I think I may have him now. But I’m at the point in golf where I can go out and I can shoot like low 80s or I can shoot low 90s. Which is a big discrepancy.”

NBCSB: The best feeling for any golfer is just getting to the point where you feel like you can play with anybody and not embarrass yourself, right?

Griffin: "Exactly. That's where I am. I know I could hit a terrible one off the first tee but then my breakfast ball could be beautiful. Or vice versa. I can hit a good first ball and be like, ‘I might as well hit another one,’ and [motions like a ball screeching sideways] and I’m like, 'Maybe I should have just called it after the first one.’”

NBCSB: Now that you’ve been around this team, do you feel like this group has a real chance to win a title this year?

Griffin: “Yeah, they definitely have a legitimate chance. We definitely have a legitimate chance. A lot goes into it. The teams that are healthiest, generally are the teams [that succeed]. It's obvious but a lot goes into it. So, for me coming here, it's about filling whatever role is needed. And not bringing the ego with it. To be a guy that helps the locker room, speaks up when needed.

"I mean, these guys are all very mature and great leaders in their own right, but sometimes it's nice to have an extra set of eyes. And maybe not a set of eyes that's been here as long. But, as far as that goes, I'll lean on these guys to sort of bring me along. My biggest focus right now is truly understanding every position, offensively, defensively, just because I think -- not that I'll play every position -- but you just understand the flow of the game better when you know every position. So that's been a big point of emphasis for me. Just getting down our personnel philosophies, the changes group to group. So that's really it. I'll play as hard as I possibly can and bring whatever I can to the team in the minutes that I'm given.”

NBCSB: Coming from the outside, have any of your new teammates really surprised you?

Griffin: "Honestly, man, I watch a lot of basketball. And seeing them in the playoffs the past two years. I’ve probably watched more film on them, more games of theirs, the last two years. And I watch a lot of games. Every night I'm at home watching basketball, for the most part. Obviously, JT, JB, Marcus [Smart]. Malcolm. Payton. Al. I can't really say surprised. I just think that JB’s approach, every day, day in and day out, has been pretty special. JT is the same way.”

NBCSB: We keep hearing that they are very businesslike here. Is that typical among young superstars?

Griffin: "I would say no. I think that is surprising. Their approach is very -- it's not like we're not having fun. We’re having a lot of fun. Like I know JB’s routine every morning. He’s in the pool doing pool stuff. He’s in the hot tub. That's impressive. Sometimes guys, especially younger guys, are just like coming in and they're putting their shoes on and coming out on the court. They're not doing all this extra stuff. JB in the weight room, JT in the weight room. For young superstars, I don’t think that’s common." 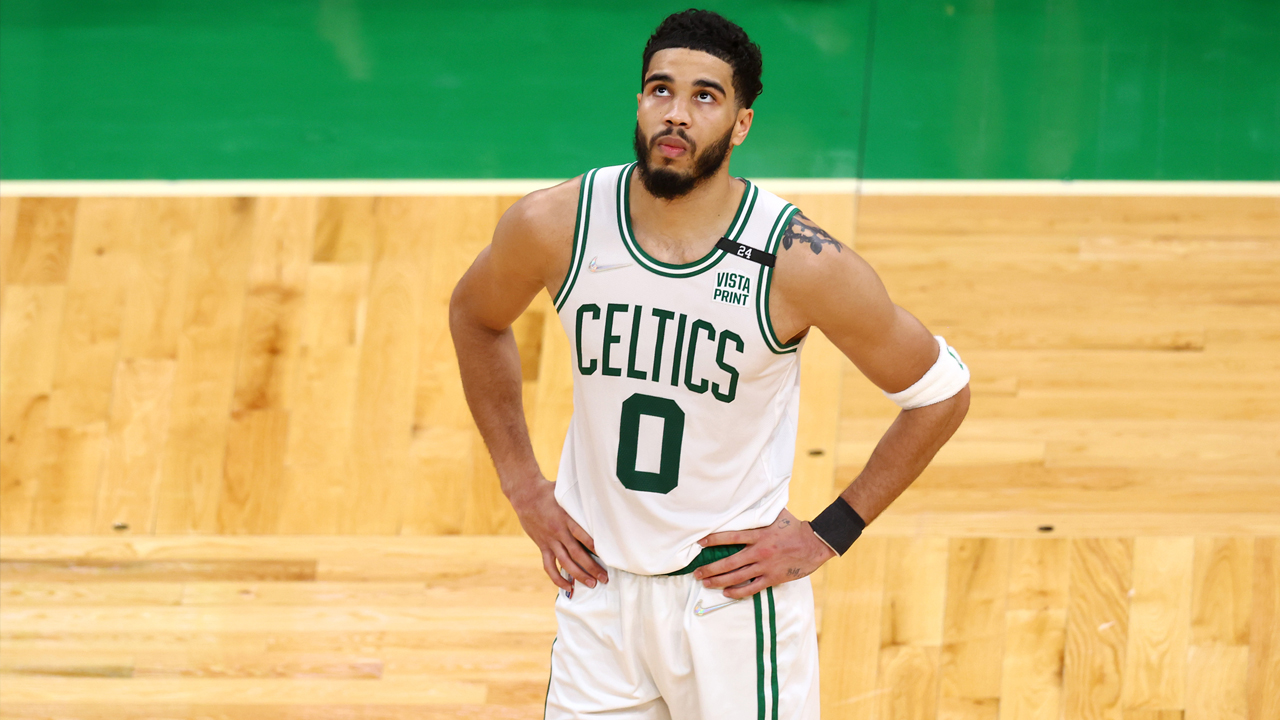 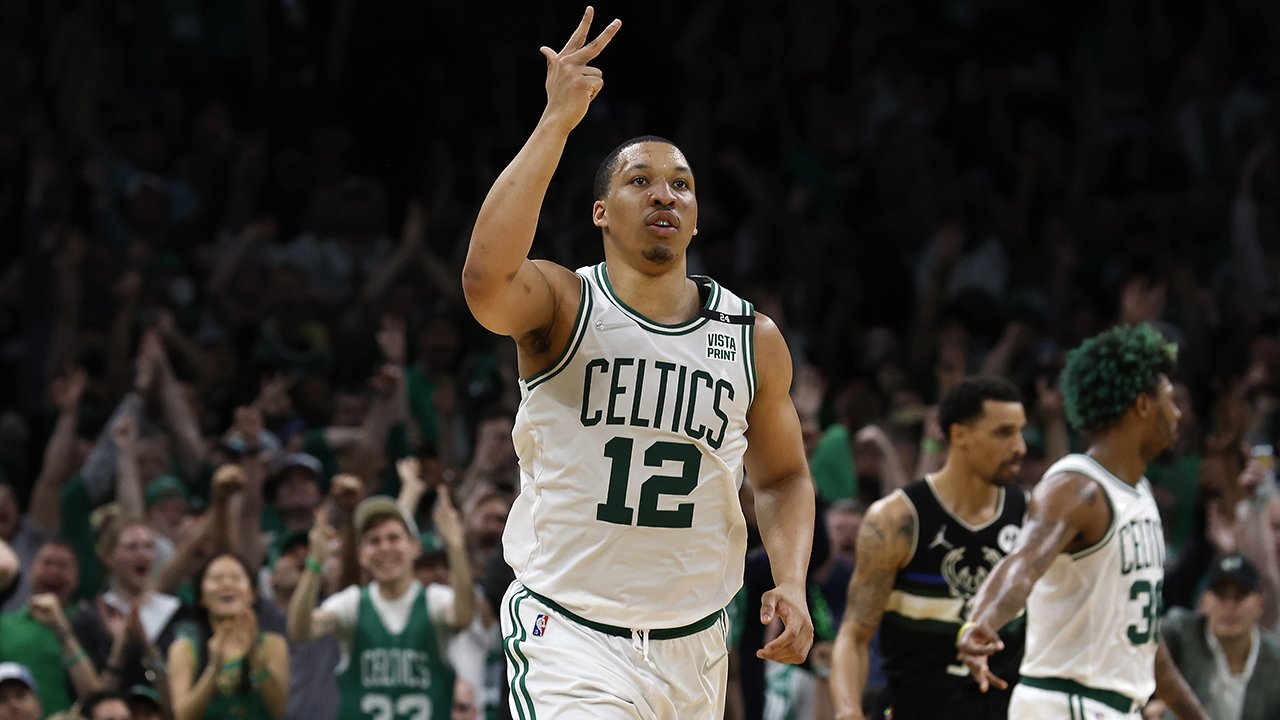 Celtics Mailbag: Will a Grant Williams Contract Extension Get Done?