Afghan Refugees in US to Receive Temporary Protected Status, Shielding Them From Deportation

Afghan refugees in the United States will be allowed to stay for at least 18 months under temporary protected status, the government said Wednesday, a move that will help some of the thousands who arrived following the chaotic American withdrawal from their country.

The Afghans must already be in the U.S. and pass a background check to qualify for the program, which is intended to help thousands who were evacuated to the U.S. under a short-term status known as humanitarian parole as their country fell to the Taliban.

For many, however, time is running out because they have not yet received permanent residency through backlogged programs such as the special immigrant visa, which is issued to people who worked as interpreters or in some other capacity for the U.S. and its allies during the 20-year war.

In the meantime, their country has spiraled into a deep economic crisis under Taliban rule, and millions of them are at risk of starvation.

“This TPS designation will help to protect Afghan nationals who have already been living in the United States from returning to unsafe conditions,” Department of Homeland Security Secretary Alejandro Mayorkas said in a statement announcing the move.

More than 76,000 Afghans were admitted to the U.S. following the U.S. withdrawal in August. Homeland Security has said that about 40% will eventually qualify for a special immigrant visa, a lengthy and complex process that ultimately provides permanent legal residency and a path to citizenship.

Most have now settled in communities around the U.S., with the largest numbers moving to Northern Virginia and the surrounding Washington, D.C., area; Northern California; and Texas. 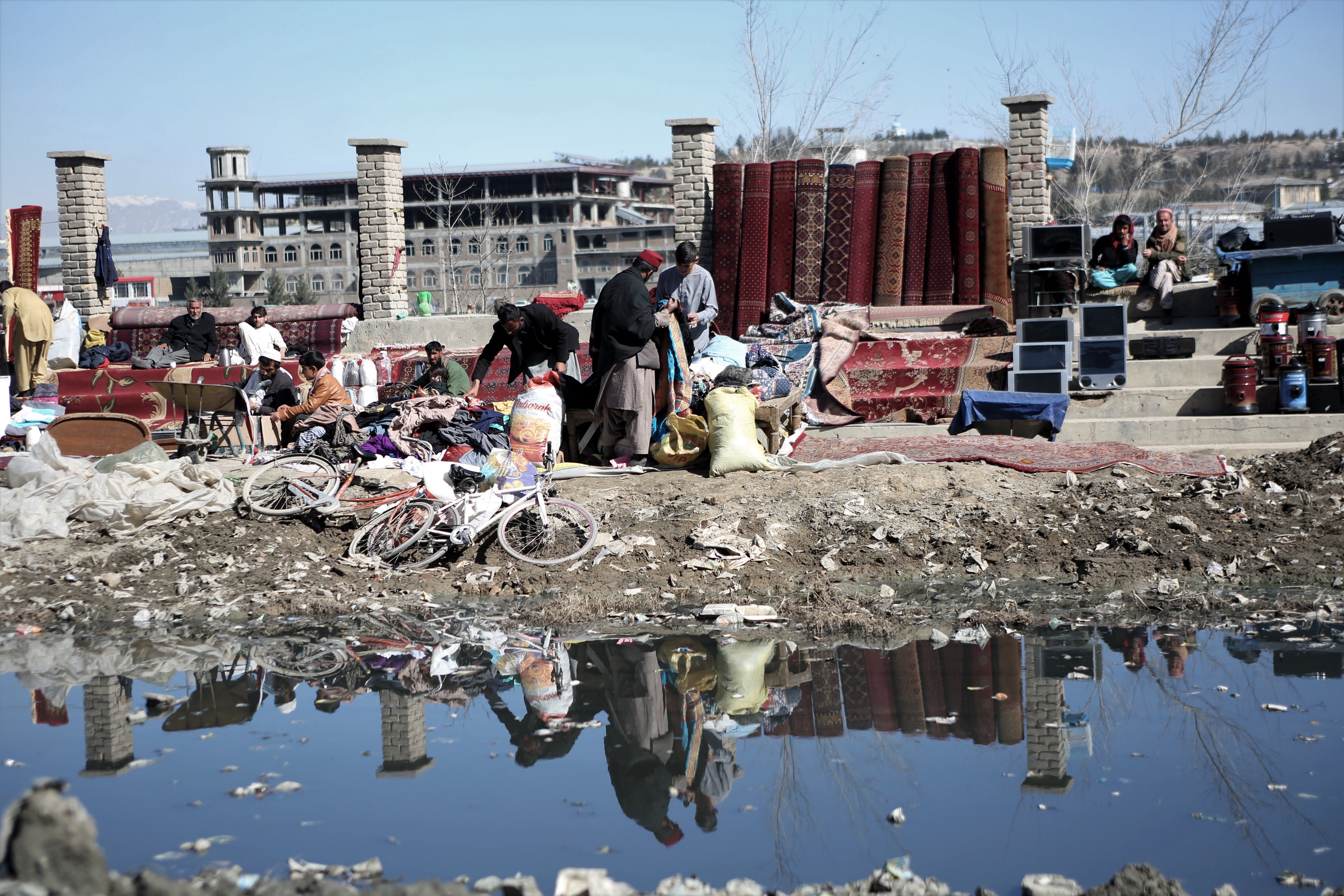 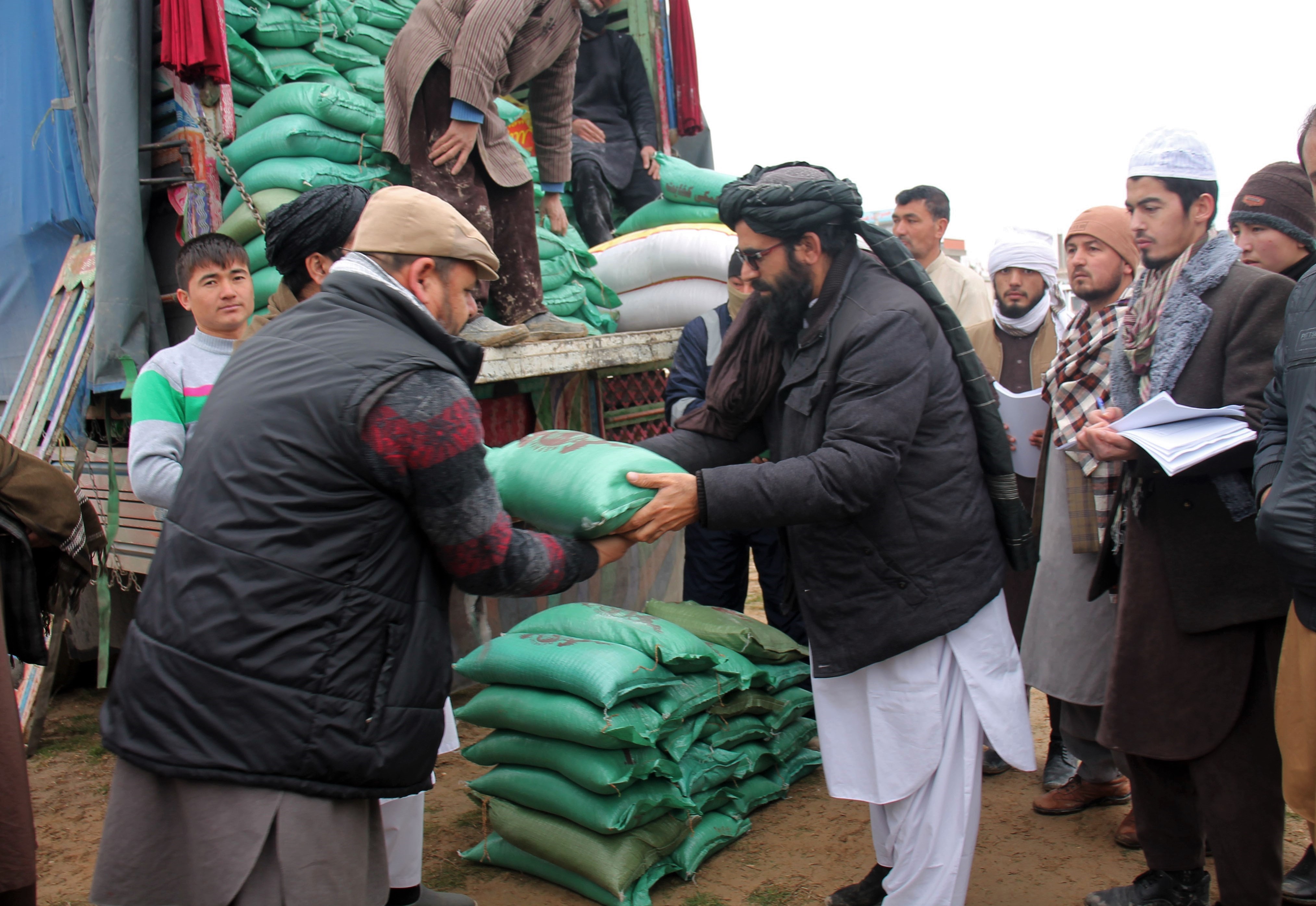 US Announces $308 Million in Aid for Afghans as Crisis Grows

Refugee advocates have been urging the Biden administration to designate Afghanistan for temporary protected status to prevent Afghans from becoming stranded without legal residency status when their two years of humanitarian parole expires.

The temporary protected status, which enables non-citizens to legally work in the U.S., also benefits about 2,000 Afghans who were in the country as students or in some other capacity before the evacuation and have not left.

“We welcome this designation as an important affirmation that Afghans already in the United States cannot return safely to their homeland,” said Krish O’Mara Vignarajah, president of Lutheran Immigration and Refugee Service. “In resettling thousands of Afghan families since the evacuation, we have heard heartbreaking testimonials of devastating and devolving conditions in Afghanistan. Many of their loved ones remain in-country and still desperately need our help to reach safety.”

The refugee advocates also have pressed Congress to pass the Afghan Adjustment Act, which would grant the Afghans permanent residency and enable them to apply for U.S. citizenship, as was done for refugees in the past, including for people from Cuba, Vietnam and Iraq.

The AfghanEvac coalition, which includes about 100 organizations and has been calling on the U.S. government to help get more Afghans out of their country, welcomed the temporary protected status decision as “an appreciated bandaid." But the group said Congress needs to act on the legislation.

“You were with us in August,” it said in a pointed message on Twitter. “Stay with us now.”

The U.S. has granted temporary protected status to people from about a dozen countries, most recently Ukraine. Repeated extensions of the 18-month status have left tens of thousands of people in a kind of immigration limbo for years.

Imagine fleeing your home with nothing but your family and a suitcase for a strange country where you don’t know the language or the culture. This is the reality for the Afghan refugees who fled the Taliban in the final days of U.S. occupation. NBCLX storyteller Clark Fouraker explains what happens next.
Copyright AP - Associated Press