The House voted overwhelmingly Monday to increase COVID-19 relief checks to $2,000, meeting President Donald Trump’s demand for bigger payments and sending the bill to the GOP-controlled Senate, where the outcome is highly uncertain.

The vote was a stunning turn of events from just days ago, when House Republicans blocked Trump's demands during a Christmas Eve session. After Trump spent days fuming from his private club in Florida, where he is spending the holidays, dozens of Republicans preferred to link with Democrats rather than buck the outgoing president. Senators were set to return to session Tuesday, forced to consider the measure amid similar, stark GOP divisions.

House Speaker Nancy Pelosi declared, “Republicans have a choice: Vote for this legislation or vote to deny the American people the bigger paychecks they need."

The showdown could end up as more symbol than substance. Senate Majority Leader Mitch McConnell, R-Ky., has declined to say publicly how the Senate will handle the bill when Democrats there try to push it forward for a vote on Tuesday.

President Donald Trump signed a COVID relief and government funding bill Sunday night after a week of threatening to veto the bill for its "low" direct cash payments of $600 to eligible Americans. The House is expected to vote on a bill raising the $600 amount to $2,000 for adults today.

After the robust House vote, Senate Democratic leader Chuck Schumer warned, “There is no good reason for Senate Republicans to stand in the way.”

“There’s strong support for these $2,000 emergency checks from every corner of the country," Schumer said in a statement. "Leader McConnell ought to make sure Senate Republicans do not stand in the way of helping to meet the needs of American workers and families who are crying out for help.”

The legislative action during the rare holiday week session may do little to change the $2 trillion-plus COVID-19 relief and federal spending package that Trump signed into law Sunday, one of the biggest bills of its kind providing relief for millions of Americans.

That package — $900 billion in COVID-19 aid and $1.4 trillion to fund government agencies — will deliver long-sought cash to businesses and individuals and avert a federal government shutdown that otherwise would have started Tuesday, in the midst of the public health crisis.

But the outcome will define Trump's GOP, putting a spotlight on the Georgia runoff election Jan. 5 where two Republican senators are in the fights of their political lives against Democrats in a pair of races that will determine which party controls the Senate next year.

House Democrats proposed to send $2,000 direct payments to most Americans today by unanimous consent but the proposal failed on the House floor

Together with votes Monday and Tuesday to override Trump’s veto of a sweeping defense bill, it's potentially one last confrontation between the president and the Republican Party he leads as he imposes fresh demands and disputes the results of the presidential election. The new Congress is set to be sworn in Sunday.

Rep. Kevin Brady of Texas, the ranking Republican on the Ways and Means Committee, acknowledged the division and said Congress had already approved ample funds during the COVID-19 crisis. “Nothing in this bill helps anybody get back to work,” he said.

Aside from the direct $600 checks to most Americans, the COVID-19 portion of the bill revives a weekly pandemic jobless benefit boost — this time $300, through March 14 — as well as a popular Paycheck Protection Program of grants to businesses to keep workers on payrolls. It extends eviction protections, adding a new rental assistance fund.

The COVID-19 package draws and expands on an earlier effort from Washington. It offers billions of dollars for vaccine purchases and distribution, for virus contact tracing, public health departments, schools, universities, farmers, food pantry programs and other institutions and groups facing hardship in the pandemic.

Americans earning up to $75,000 will qualify for the direct $600 payments, which are phased out at higher income levels, and there's an additional $600 payment per dependent child.

President Trump is rejecting the $900 billion COVID-19 relief bill passed by Congress after months of gridlock. In a video posted to Twitter on Tuesday, the president complained the bill's $600 cash payment to Americans was too small.

Democrats are promising more aid to come once President-elect Joe Biden takes office, but Republicans are signaling a wait-and-see approach.

Biden told reporters at an event in Wilmington, Delaware, that he supported the $2,000 checks.

Trump's sudden decision to sign the bill came as he faced escalating criticism from lawmakers on all sides over his eleventh-hour demands. The bipartisan bill negotiated by Treasury Secretary Steven Mnuchin had already passed the House and Senate by wide margins. Lawmakers had thought they had Trump's blessing after months of negotiations with his administration.

The president's defiant refusal to act, publicized with a heated video he tweeted just before the Christmas holiday, sparked chaos, a lapse in unemployment benefits for millions and the threat of a government shutdown in the pandemic. It was another crisis of his own making, resolved when he ultimately signed the bill into law.

In his statement about the signing, Trump repeated his frustrations with the COVID-19 relief bill for providing only $600 checks to most Americans and complained about what he considered unnecessary spending, particularly on foreign aid — much of it proposed by his own budget. 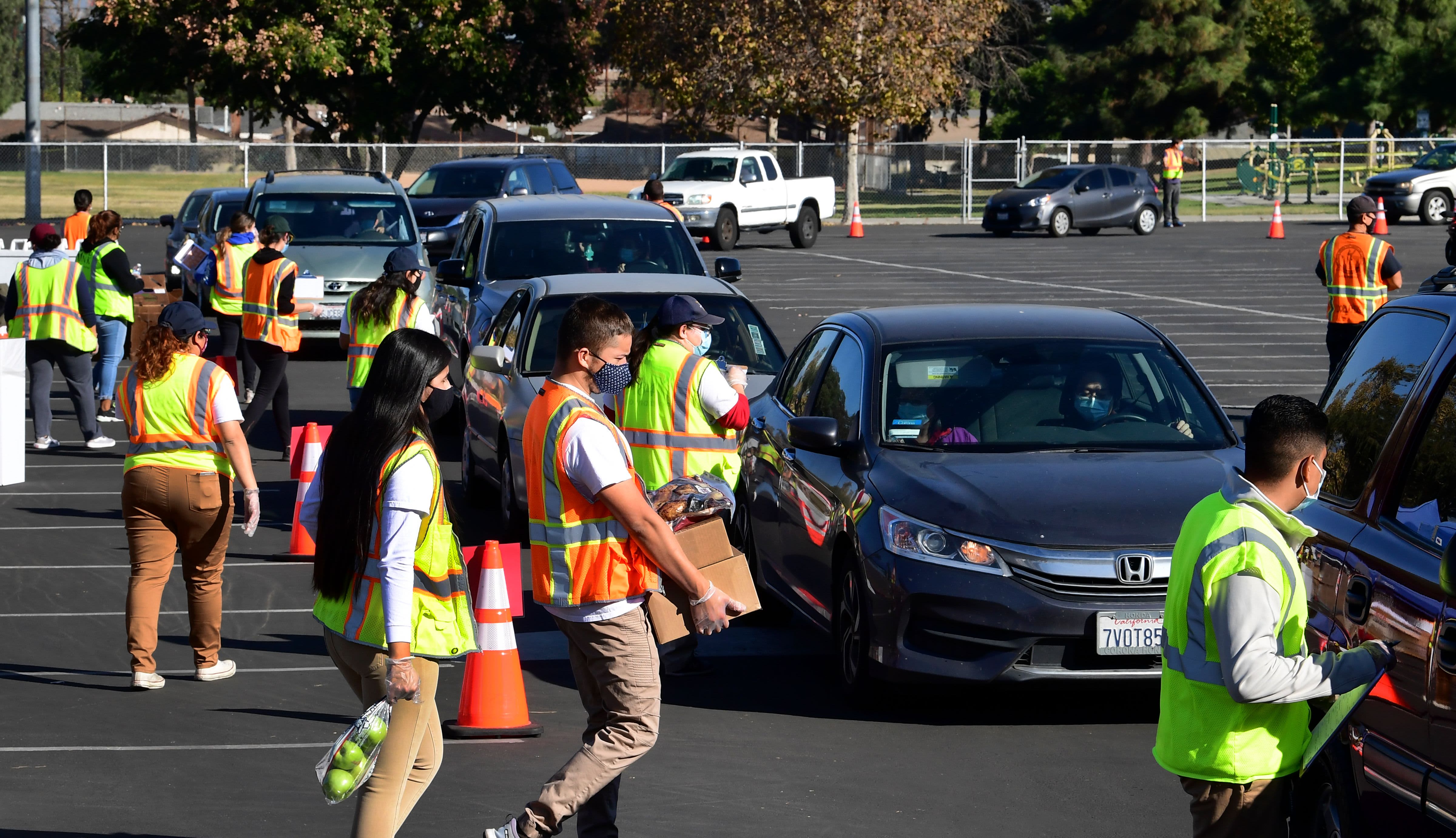 Extra Unemployment Benefits May Take Weeks to Arrive. Fewer Checks May Be Coming 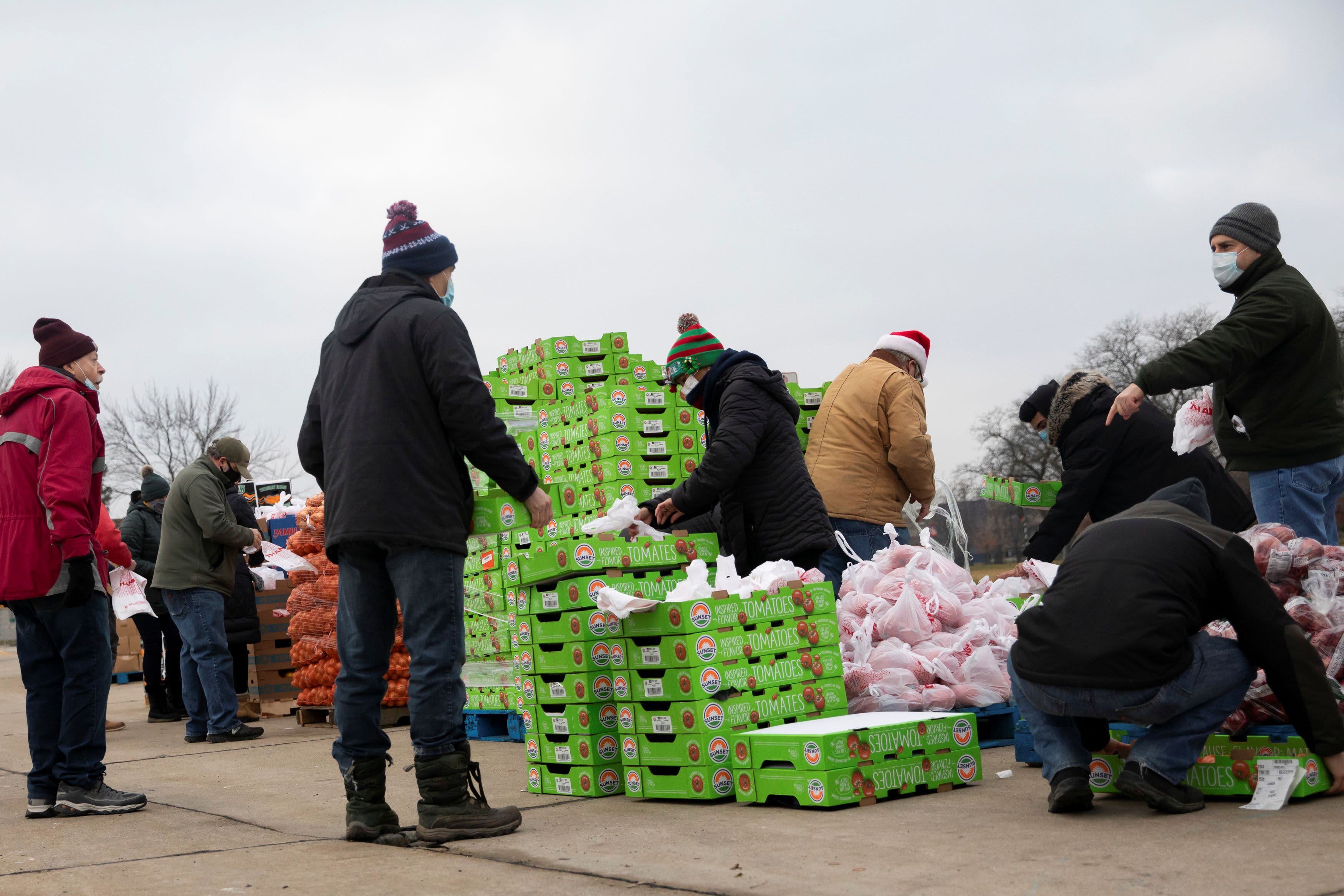 How to Make Ends Meet Before Covid Relief Arrives

While the president insisted he would send Congress “a redlined version” with spending items he wants removed, those are merely suggestions to Congress. Democrats said they would resist such cuts.

For now, the administration can only begin work sending out the $600 payments.

A day after the signing, Trump was back at the golf course in Florida, the state where he is expected to move after Biden is sworn in on Jan. 20.

Most House Republicans simply shrugged off Trump's push, 130 of them voting to reject the higher checks that would pile $467 billion in additional costs. Another 20 House Republicans — including Minority Leader Kevin McCarthy of California, a Trump confidant — skipped the vote, despite pandemic procedures that allow lawmakers to vote by proxy to avoid travel to the Capitol. McCarthy was recovering at home from elbow surgery, his office said.

Republican Rep. Mo Brooks of Alabama, a conservative who supported Trump's extraordinary and futile challenge of the election results, counted himself Monday among the opponents of a more generous relief package and Trump's call for higher payments.

“It’s money we don’t have, we have to borrow to get and we can’t afford to pay back," he said on “Fox and Friends."

But Republican Rep. Elise Stefanik of New York said she was open to the idea of $2,000 checks. “Many Americans are in dire need of relief," she said on the show.

This story has been corrected to show that Rep. Kevin Brady of Texas is the ranking Republican on the Ways and Means Committee, not the chairman.