A 24-year-old Hamden woman who is accused of leaving an 8-month old baby who she was believed to be babysitting in a dumpster in New Haven and assaulting the baby's mother was in court today, where she broke down in tears and bond was set at $500,000.

Officers arrested 24-year-old Andiana Velez, who they said it is believed to be the 8-month-old girl's babysitter. The baby was found in a dumpster with burns on her body. Authorities said the baby is now in stable condition at Yale New Haven Children's Hospital.

Investigators are still trying to figure out who is responsible for burning both of the baby's hands. 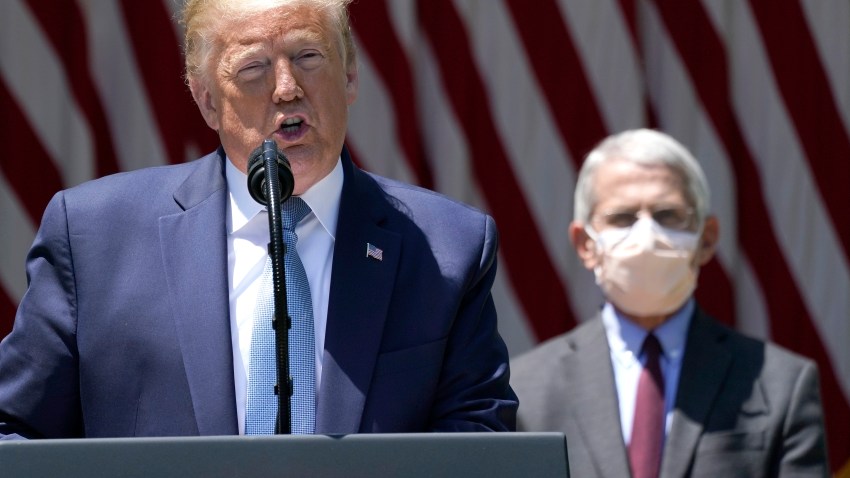 "It was tough," Tiffany Anthony, of New Haven, said while describing the baby's injuries.

New Haven Police and the state Dept. of Children and Families are continuing to investigate the cause of the child's injuries.

According to police, Velez also assaulted the baby's 21-year-old mother earlier in the day.

An emotional Velez appeared in court Tuesday by video. She has not entered a plea.

“The state is concerned about the egregiousness of these allegations and the defendant’s sheer indifference to this child’s life,” said Kate Morgan, attorney for the state.

The judge called the allegations disturbing and agreed with the state’s request of a $500,000 bond. Velez fell to the floor out of view and could be heard screaming “no, please no!” Two court officers picked her up and carried her out of the video room at the end of her arraignment hearing.

The family declined to talk on camera. Following the hearing where Velez was seen crying for most of the session, one family member said they had been crying since yesterday.

According to court documents, the suspect, the child’s mother and the baby were in the suspect’s car at a gas station on Ella Grasso Boulevard. The reports show conflicting statements about who started an argument and who pulled out a butcher’s knife. Police say Velez attacked the child’s mother who ran on foot.

Velez later told police she stopped at the complex where she put the baby in the trash saying she “knew the baby would be found.”

New Haven police said the woman in custody is not the mother of the 8-month-old baby, who was found with burns on her.

A maintenance worker at the Presidential Gardens, an apartment complex on Dixwell Avenue, said a tenant was throwing away trash and heard the infant's cries.

Maintenance workers found an 8-month-old girl abandoned in a dumpster at an apartment building in New Haven on Monday afternoon.

"He stepped away from the trash can, and he heard something crying. He turned around and looked in. There was a little baby that had trash on top of it," maintenance worker Rick Chardon said.

"[He] got in there, called for one of our other maintenance workers over to help him get it out, got it out, as I pulled in they handed her over to me," he added.

Chardon said the baby girl was responsive, but cold when she was found.

"She was shivering like crazy when I got her in my arms," he said.

"Whoever did that to her, they should be punished severely," said maintenance worker Rick Chardon. "Total disregard for life. I'll never forget it,” he added.

Velez is facing charges including assault, risk of injury to a child and reckless endangerment. She was held on $250,000 bond and that amount was increased to $500,000.