The championship is the first for the Bears' men's basketball program

There was another team out there that was marching through the season undefeated, that looked unstoppable at times, that had all arrows pointing toward a national title.

COVID-19 put a halt to the undefeated dream. Nothing could stop Baylor from cutting down the nets.

Jared Butler scored 22 points and MaCio Teague had 19 for the Bears (28-2), who were ranked second or third in the AP poll all year long. But never first. That was because of one team and maybe, just maybe, because of a three-week break that put a halt to a 17-0 start and sapped some of Baylor's burgeoning momentum.

“Prior to COVID, us and Gonzaga were on the track to being undefeated,” coach Scott Drew reminded everyone in the socially distanced arena, during a TV interview, while brushing off confetti.

So maybe this blowout in one of the most-anticipated finals in memory — a meeting between teams whose own regular-season matchup in December was scrapped because of a coronavirus outbreak — shouldn’t come as such a shock.

The two losses that came after Baylor's COVID-19 break in February felt like a far-off memory come March. Then came April, and the feeling grew even stronger.

Baylor outscored all six of its opponents in the tournament by an average of 15 points. It beat Houston by 19 in the semifinal. Less than 5 minutes into the final, the Bears were ahead of Gonzaga by double digits. 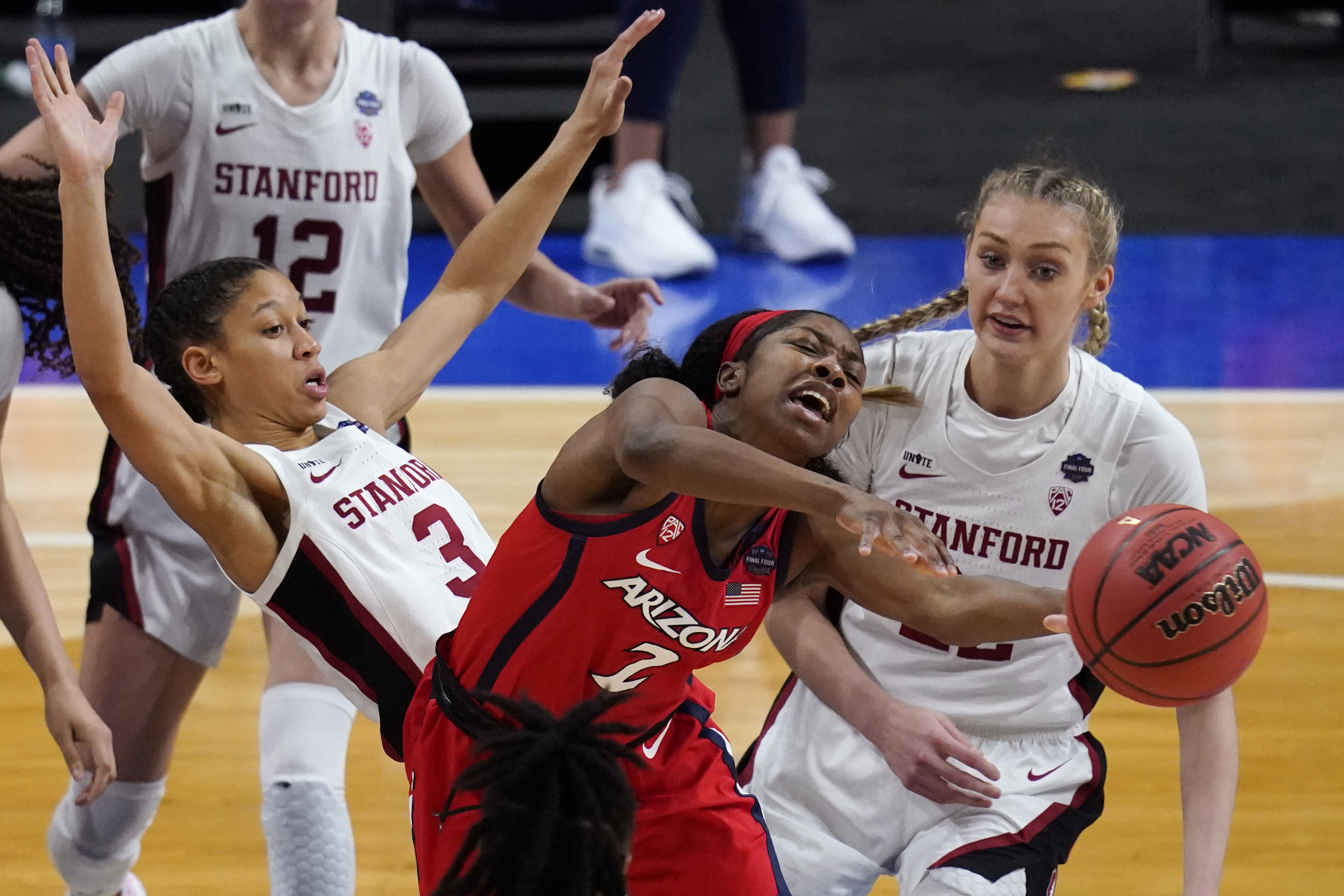 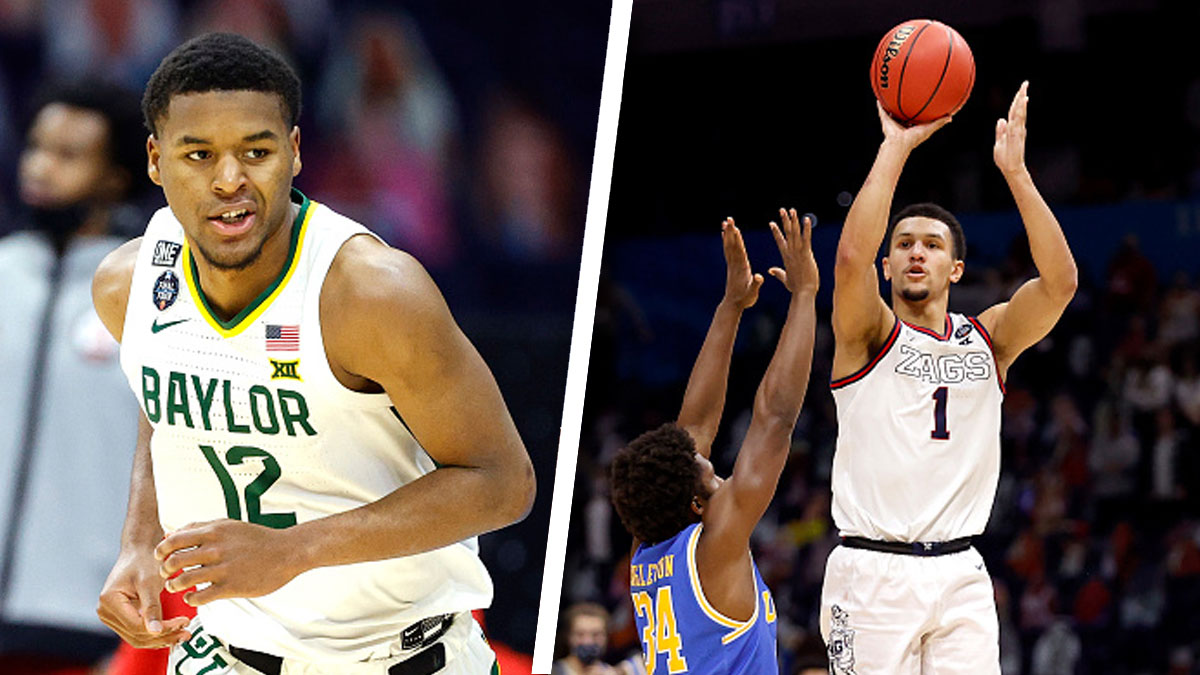 It's On: Gonzaga vs. Baylor for the National Championship

Pounding the offensive glass and scrapping for — and winning — the lion's share of the 50-50 balls, Baylor never let this one come down to a Jalen Suggs miracle. The Gonzaga freshman's buzzer-beater from near the half-court logo got the Zags to the final in a game that stood as their first true test of the season.

They passed against UCLA. Against Baylor? Not even close.

“When you come against a team that’s just firing on all cylinders for 40 minutes, it’s kind of hard to compete with," Zags forward Corey Kispert said.

After running to a 19-point lead early, the Bears never let Gonzaga get any closer than nine. Butler made four 3-pointers and added seven assists, and was named the Final Four's most outstanding player.

“I knew at some point, we were up big,” said Butler, who insisted his team wasn’t focused on the scoreboard. “We were scoring, they weren’t scoring. It was just electrifying.”

Guard Davion Mitchell — nicknamed “Off Night” because so many opponents encounter one when they go against him — finished with 15 points and did his best on Suggs. The freshman finished with 22 points — most of them after the Zags were well into desperation mode — and likely will be heading to the NBA lottery next.

With 68 teams competing in the NCAA men’s tournament, anyone who says they can predict the Final Four is a liar. So says ESPN's Stephen A. Smith, who mixed it up with LX News host Ashley Holt about his March Madness favorites and his action figure, Mini Stephen A.

After the game, he was crying — burying his head on the shoulder of one teammate, then another.

“He's a winner and he lost for the first time in college basketball,” Zags coach Mark Few said. “He's highly competitive and doesn't like losing. In his mind, he saw us cutting down nets.”

But more than anything in the title game, it was Suggs’ memorable basket two nights earlier that laid the groundwork for this one. His bank shot at the buzzer capped one of the most riveting college basketball games ever. Back on the floor about 46 hours after that emotional roller coaster, it was clear the Zags were gassed.

The sequence that best illustrated the energy gap came about six minutes into the contest when Baylor's Jonathan Tchamwa Tchatchoua slapped the ball out of Drew Timme’s hands and the Bears worked the ball ahead to Mitchell. He missed a layup, but Tchamwa Tchatchoua got the offensive rebound and fed Adam Flagler for a 3.

Gonzaga was practically just standing there for it all.

“Obviously, it's a tough turnaround, but it was more just the aggressiveness and athleticism of Baylor,” Few said. “They deserved it. Quite frankly, they were terrific."

Gonzaga briefly pulled within nine early in the second half, and saw a glimmer of hope when Tchamwa Tchatchoua joined another Baylor big man, Flo Thamba, on the bench with four fouls.

But Baylor answered with a 9-2 run punctuated by Mark Vital’s rejection of Kispert, then a fast break that led to an easy 3 from Flagler.

The 2021 Division 1 Men’s Basketball Championship will be played entirely within Indiana. The tournament known as “March Madness” was canceled last year due to the pandemic.

After that, it was over. Yes, Gonzaga might have been the year's most watchable team with its dramatic run at perfection, to say nothing of the shot of the tournament.

But it was Baylor, not Suggs, jumping on top of the scorer's table and cheering for the fans. And those were the Bears cutting down the nets.

“When the fans are happy, that's what makes our players happy and proud,” Drew said. “They stuck with us, they've been with us through the lean years. They deserve this.”

In 2003, Drew took over a roster with only seven scholarship players and a team staring at years of NCAA probation in the wake of the murder of player Patrick Dennehy by a teammate.

Eighteen years later, Drew found himself behind a different mic.

He was sitting at a table, answering questions on Zoom in front of a background with a Final Four logo.

He was smiling wide, drenched in sweat, with a cut-down net hanging around his neck.