A pharmacist at Beth Israel Deaconess Medical Center is facing charges that he conspired with another person to sexually assault an infant and possessed and distributed numerous images depicting child sexual assault.

Brandon Bair, 32, of Jamaica Plain, a doctor of pharmacology at Beth Israel, was arraigned Thursday in Boston Municipal Court, according to the Suffolk County District Attorney's office.

He is charged with conspiracy to commit rape of a child and three counts of possessing and distributing child pornography. Prosecutors said additional charges are expected as the investigation continues.

Bair was ordered held without bail pending a dangerousness hearing on Nov. 3.

Prosecutors said Boston and state police began investigating the case in August after receiving a tip from the National Center for Missing and Exploited Children.

He is also accused of using Discord, another messaging app, to conspire with another individual to forcibly rape that person's infant child.

Prosecutors said the investigation also found that Bair had befriended an underage child on Snapchat and used the app to send the child an explicit image of himself.

“These are incredibly disturbing allegations," Suffolk District Attorney Rachael Rollins said in a statement. “This individual is accused of using apps that are popular among children and teens to commit these crimes. It’s important that parents and those who have children in their lives are aware of the risks that young people face online, even when we believe they are in the safety of their own homes." 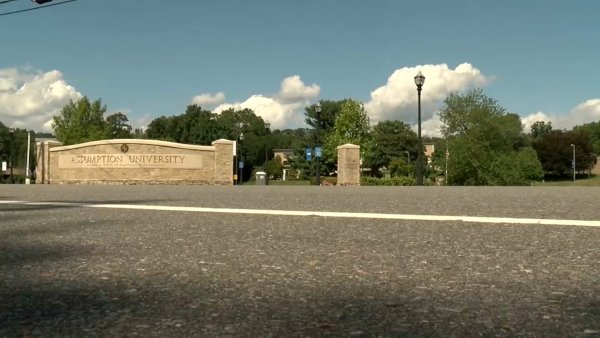 Assumption University Locks Down Campus Amid Uptick in Coronavirus Cases