Benson Kipruto, Diana Kipyogei, Marcel Hug and Manuela Schär all spoke on Tuesday, one day after completing the marathon

"It's just so great to be back, to be able to race again," said Schär, the women's wheelchair winner. "It's just an amazing day and I'm so glad I was able to come here."

"It was nice to be here again," he said. "To win this historic marathon really means a lot to me, especially this year... I'm very thankful that the organizers made it possible to have this marathon again this year under these circumstances."

Kipruto called his men's division victory "a great achievement" in his career.

"It's a great day," Kipyogei, the women's winner added.

Boston Athletic Association President Tom Grilk said there was "an exuberance" Monday that hasn't been felt in Boston for a long time.

"It was just a triumphant return to the roads for the first time in 910 days," he said.

"The comeback is always stronger than the setback," said Boston Marathon Race Director Dave McGillivray. He said preparations are already underway for the 2022 marathon, which will take place in the spring and is only six months away.

"There's no rest for the weary," he said. "A lot of decisions will have to be made soon. It's not easy, but again, we have the best team to handle it all."

The pandemic-delayed Boston Marathon returned Monday after a 30-month absence for a smaller, socially distanced race that ended in a very familiar way.

Kipruto and Kipyogei completed a Kenyan sweep — the eighth since 2000 at the world’s oldest and most prestigious 26.2-miler, which moved from its traditional spring date for the first time in its 125-year history because of the coronavirus outbreak.

The Boston Marathon made a triumphant return from a pandemic-enforced break — in the fall, for the first time — and it brought back some familiar and powerful emotions.

Although organizers put runners through COVID-19 protocols and asked spectators to keep their distance, there were still sizable crowds in spots from Hopkinton to Boston after an early drizzle cleared and temperatures rose into the 60s.

Participants in the field of 14,000 or so — down from more than 30,000 in pre-pandemic days — needed to test negative for the coronavirus or prove they were vaccinated before picking up their bib numbers. Masks were required indoors in Boston and on the buses out to the start; they also were handed out along with the finishers’ medals and fruit on Boylston Street.

The race also began earlier and with a rolling send-off to avoid the usual crowding in the starting corrals and on the course.

It’s been more than 900 days since runners could compete in-person in the world's longest-running long run - the Boston Marathon. The 125th edition honors frontline workers, Dick Hoyt and Ellison Brown.

None of the changes proved a problem for the Kenyans.

A winner in Prague and Athens who finished 10th in Boston in 2019, Kipruto broke away from the lead pack as it turned onto Beacon Street with about three miles to go and broke the tape in 2 hours, 9 minutes, 51 seconds. Lemi Berhanu, who won the race in 2016, was second, 46 seconds back; Colin Bennie of Princeton, Massachusetts, was the top American, in seventh.

Kipyogei claimed the women’s title, a gilded olive wreath and the $150,000 first prize, finishing in 2:24:45 in her major marathon debut. Edna Kipligat, the 2017 winner, was second, 23 seconds behind.

There's a ton of activity in Boston on Monday, between the marathon and the Red Sox playoff game. So is Boston back?

It’s the first time the event hasn’t been held in April as part of the Patriots’ Day holiday that commemorates the start of the Revolutionary War. To recognize Indigenous Peoples Day, race organizers honored 1936 and ’39 winner Ellison “Tarzan” Brown and three-time runner-up Patti Catalano Dillon, a member of the Mi’kmaq tribe. 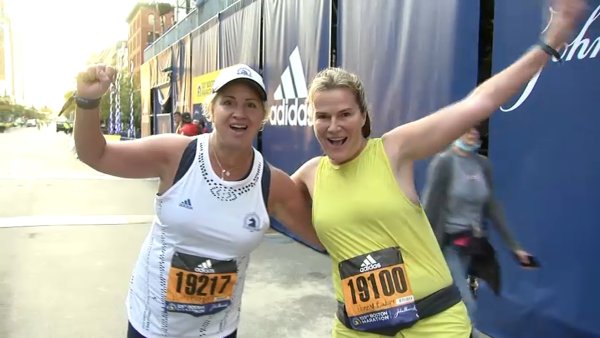 Runners Tell Us What Inspired Them to Finish the Boston Marathon 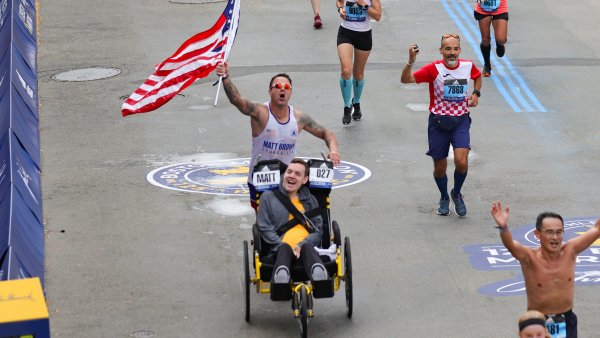 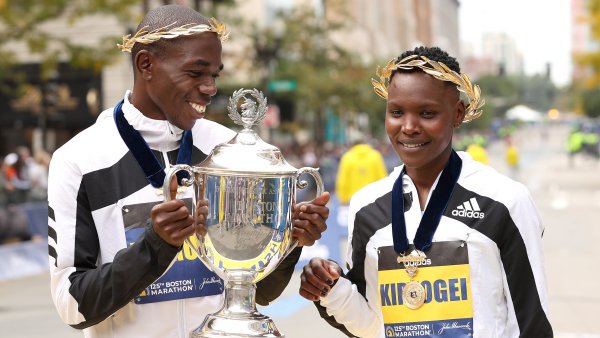