Brad Marchand had two goals and three assists, including the tiebreaker early in the third period, and the Boston Bruins beat the Carolina Hurricanes 5-2 on Sunday to even their first-round playoff series at two games apiece.

Boston was playing without its top two defenseman after Charlie McAvoy was a last-minute scratch and joined Hampus Lindholm on the sideline, but the Bruins twice rallied for their second straight playoff win.

Patrice Bergeron had a goal and two assists, and David Pastrnak had one of each for the Bruins. Rookie Jeremy Swayman made 23 saves.

Brett Pesce and Jordan Staal scored for Carolina, and Antti Raanta returned to stop 23 shots for the Metropolitan Division champions.

Game 5 of the best-of-seven series is Tuesday night in Carolina, and Game 6 will be in Boston on Thursday.

Restaurants and bars in Boston are hopeful for the Celtics to return to TD Garden after a tough loss in Milwaukee Saturday put them down 2-1.

Pesce gave Carolina the lead six minutes into the game, the fourth straight time the Hurricanes have scored first — seventh, if you count their three regular-season wins over Boston. But Bergeron tied it with four minutes to play in the first period when he slid a loose puck through Raanta’s legs.

Just 33 seconds into the second period, Nino Niederreiter backhanded it out to Staal for the one-timer that gave Carolina a 2-1 lead.

In the last 90 seconds of the second period, with Boston on a power play, Marchand backhanded the puck into Raanta and it wound up in the crease just sitting there for Jake DeBrusk to clean up.

Hurricanes coach Rod Brind’Amour challenged for goalie interference, but the call stood. That gave Boston another power play, and it became a 5-on-3 when Sebastian Aho was given a double-minor for high-sticking Bergeron in the slot.

Boston still had 44 seconds on the 5-on-3 and 2:58 after that on the double-minor when the third period started. With one second left in the two-man advantage, Marchand wristed one into the net to give Boston its first lead of the day. 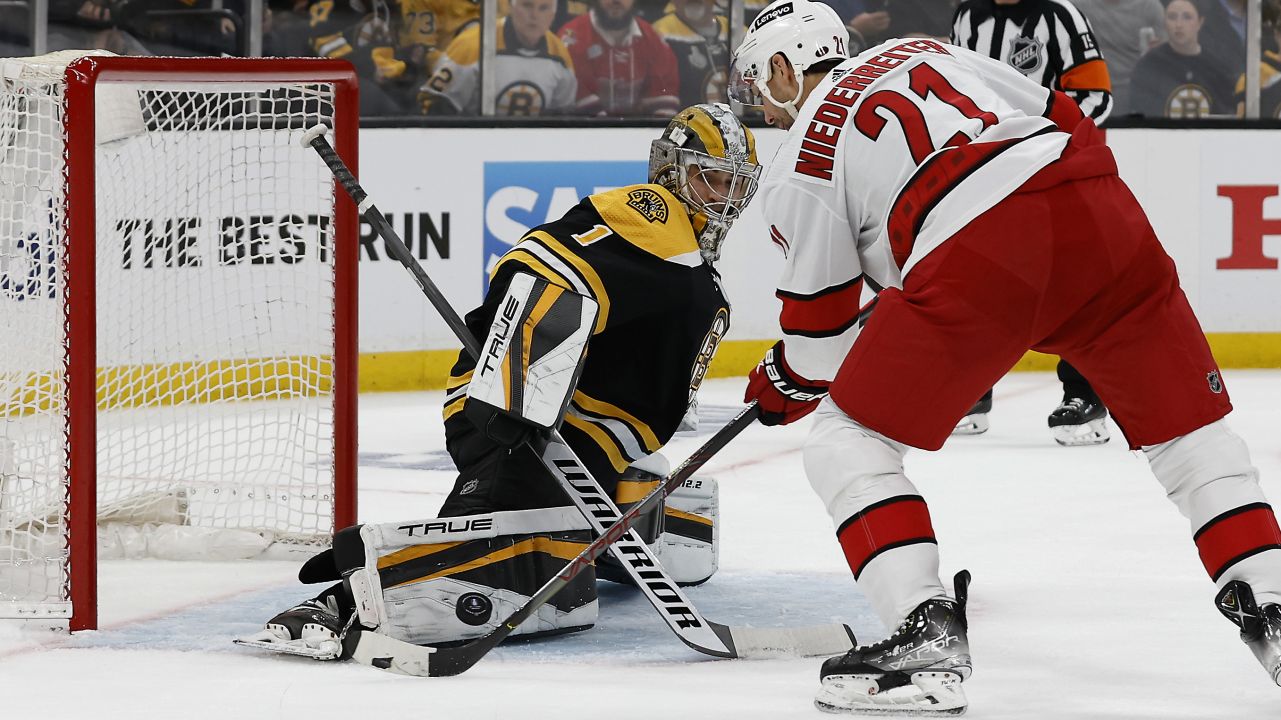 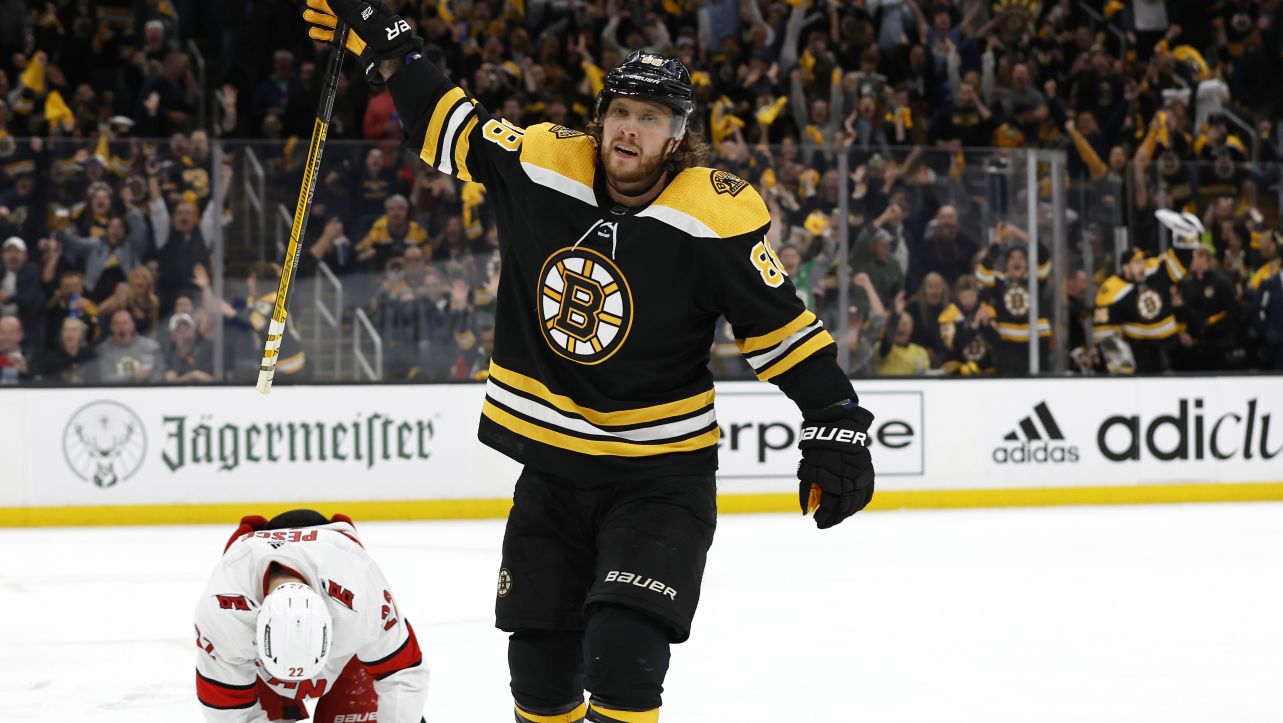 Bruins Bounce Back With Impressive Game 3 Win Over Hurricanes