Weather stations in Antarctica shattered records Friday as the region neared autumn. The two-mile high (3,234 meters) Concordia station was at 10 degrees (-12.2 degrees Celsius),which is about 70 degrees warmer than average, while the even higher Vostok station hit a shade above 0 degrees (-17.7 degrees Celsius), beating its all-time record by about 27 degrees (15 degrees Celsius), according to a tweet from extreme weather record tracker Maximiliano Herrera.

The coastal Terra Nova Base was far above freezing at 44.6 degrees (7 degrees Celsius).

It caught officials at the National Snow and Ice Data Center in Boulder, Colorado, by surprise because they were paying attention to the Arctic where it was 50 degrees warmer than average and areas around the North Pole were nearing or at the melting point, which is really unusual for mid-March, said center ice scientist Walt Meier.

"There's a little bit of opportunity left, but we're kind of wasting that window of opportunity," NBCLX Climate Storyteller Chase Cain says of the plans to curb emissions in the fight against climate change. World leaders are discussing emissions plans and much more in the next several days as extreme weather wallops several regions of the U.S.

“They are opposite seasons. You don’t see the north and the south (poles) both melting at the same time,” Meier told The Associated Press Friday evening. “It’s definitely an unusual occurrence.”

“Wow. I have never seen anything like this in the Antarctic,” said University of Colorado ice scientist Ted Scambos, who returned recently from an expedition to the continent.

“Not a good sign when you see that sort of thing happen,” said University of Wisconsin meteorologist Matthew Lazzara.

Lazzara monitors temperatures at East Antarctica’s Dome C-ii and logged 14 degrees (-10 degrees Celsius) Friday, where the normal is -45 degrees (-43 degrees Celsius): “That’s a temperature that you should see in January, not March. January is summer there. That’s dramatic.”

Both Lazzara and Meier said what happened in Antarctica is probably just a random weather event and not a sign of climate change. But if it happens again or repeatedly then it might be something to worry about and part of global warming, they said.

The Antarctic warm spell was first reported by The Washington Post.

The Antarctic continent as a whole on Friday was about 8.6 degrees (4.8 degrees Celsius) warmer than a baseline temperature between 1979 and 2000, according to the University of Maine’s Climate Reanalyzer, based on U.S. National Oceanic Atmospheric Administration weather models. That 8-degree heating over an already warmed-up average is unusual, think of it as if the entire United States was 8 degrees hotter than normal, Meier said.

The ocean around Antarctica is doing its best to help Earth's atmosphere, and it turns out it's doing a better job than previously thought. A new NASA-sponsored study says the Southern Ocean is a very effective "carbon sink," meaning the water absorbs much more carbon from the air than it releases. Researcher Matthew Long explains more about the study.

What makes the Antarctic warming really weird is that the southern continent — except for its vulnerable peninsula which is warming quickly and losing ice rapidly — has not been warming much, especially when compared to the rest of the globe, Meier said.

Antarctica did set a record for the lowest summer sea ice — records go back to 1979 — with it shrinking to 741,000 square miles (1.9 million square kilometers) in late February, the snow and ice data center reported.

What likely happened was “a big atmospheric river” pumped in warm and moist air from the Pacific southward, Meier said.

And in the Arctic, which has been warming two to three times faster than the rest of the globe and is considered vulnerable to climate change, warm Atlantic air was coming north off the coast of Greenland. 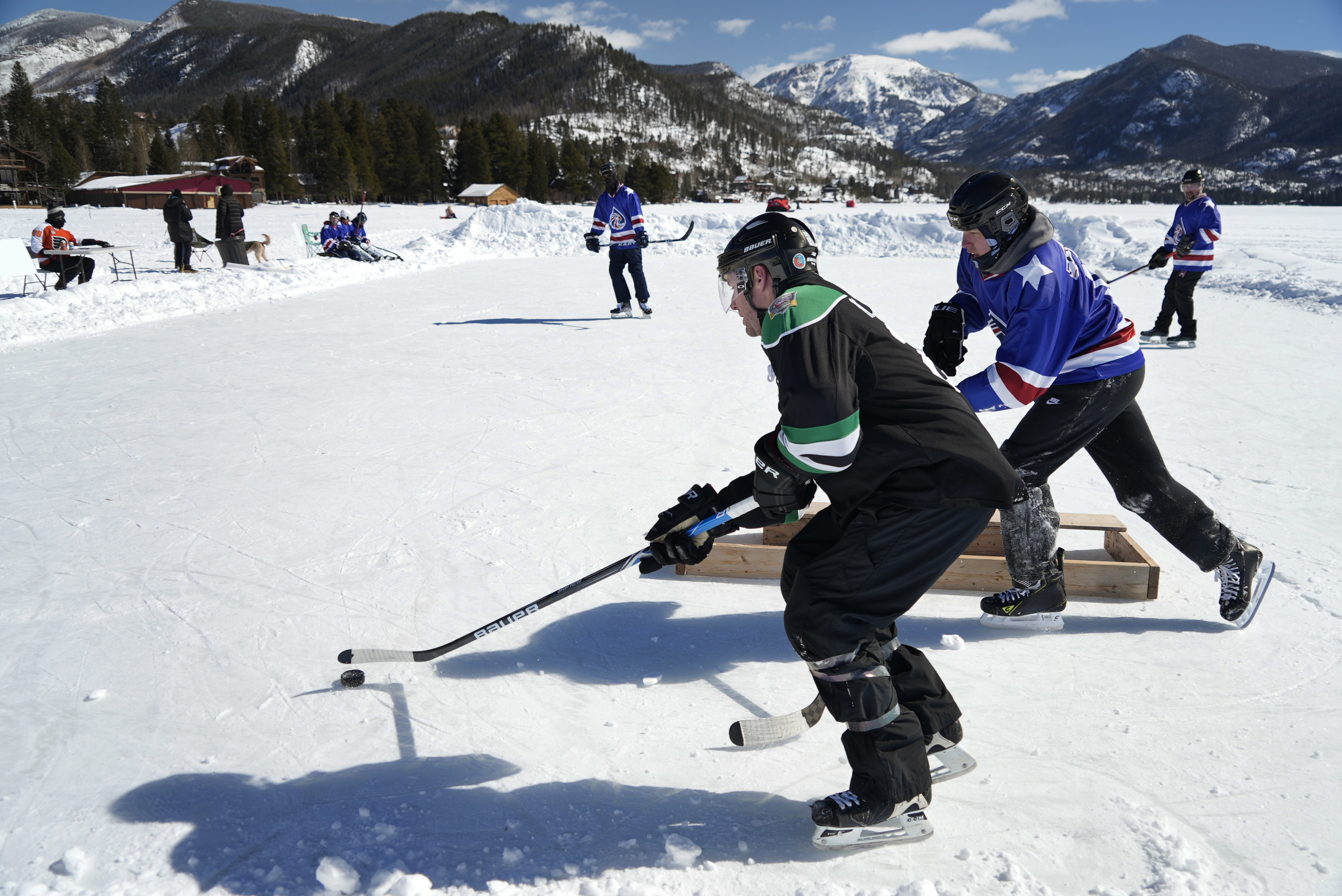 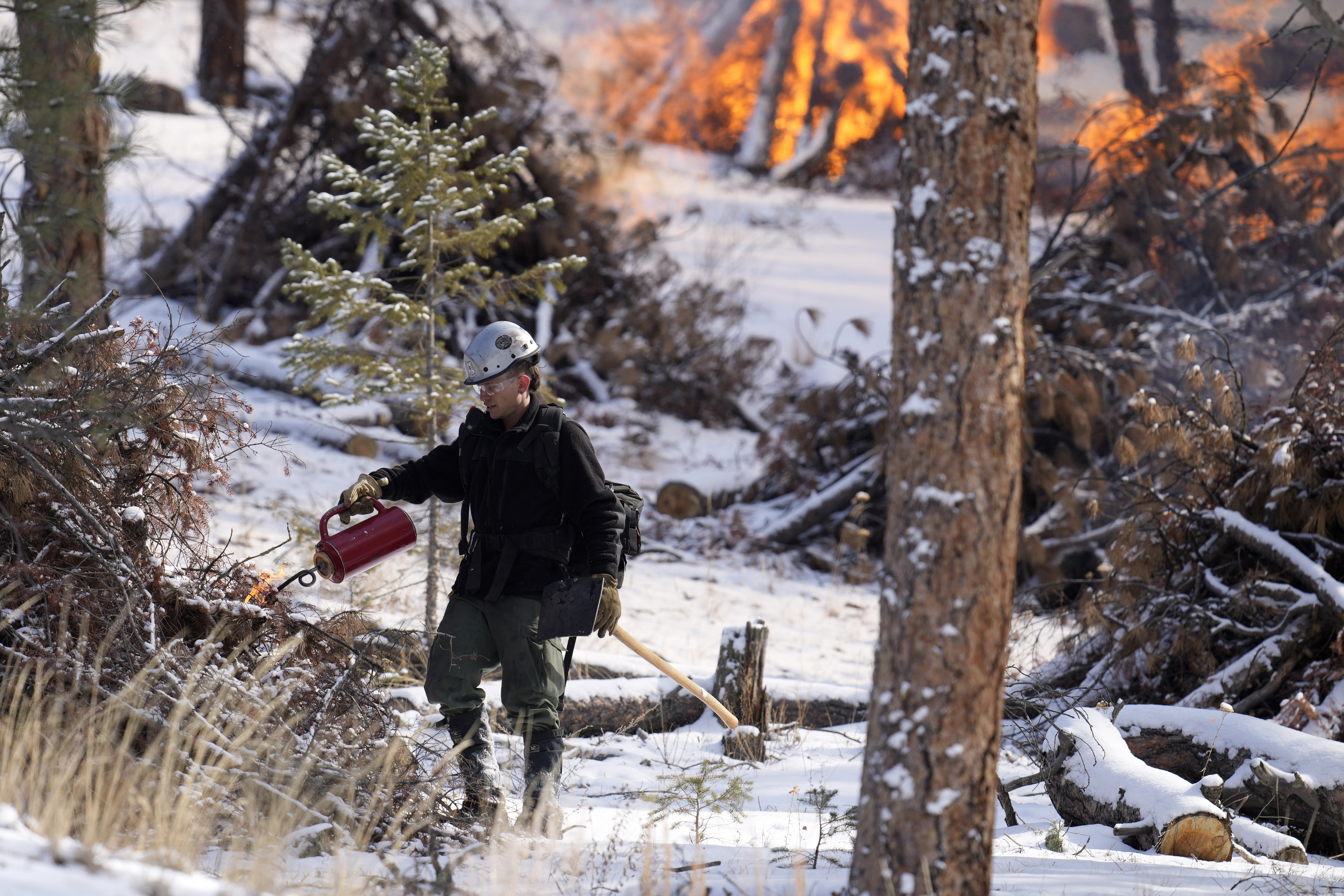 Changing Snowfall Makes It Harder to Fight Fire With Fire

Read stories on climate issues by The Associated Press at https://apnews.com/hub/climate