China on Wednesday said it has revoked the press credentials of three reporters for the U.S. newspaper Wall Street Journal over a headline for an opinion column deemed by the government to be racist and slanderous.

The headline referred to the current coronavirus outbreak in China and called the country the "Real Sick Man of Asia."

"The editors used such a racially discriminatory title, triggering indignation and condemnation among the Chinese people and the international community," he said.

The statement said the expulsions came after the Journal refused demands to "make an official apology and hold the persons involved accountable."

Like most foreign media, the Wall Street Journal is unavailable within China and its website and stories are blocked by online censors.

It did not immediately respond to emailed requests for comment.

The Foreign Correspondents’ Club of China issued a statement expressing "deep concern and strong condemnation" of the Chinese move. It pointed out that none of the three reporters had any involvement with the opinion piece or its headline. 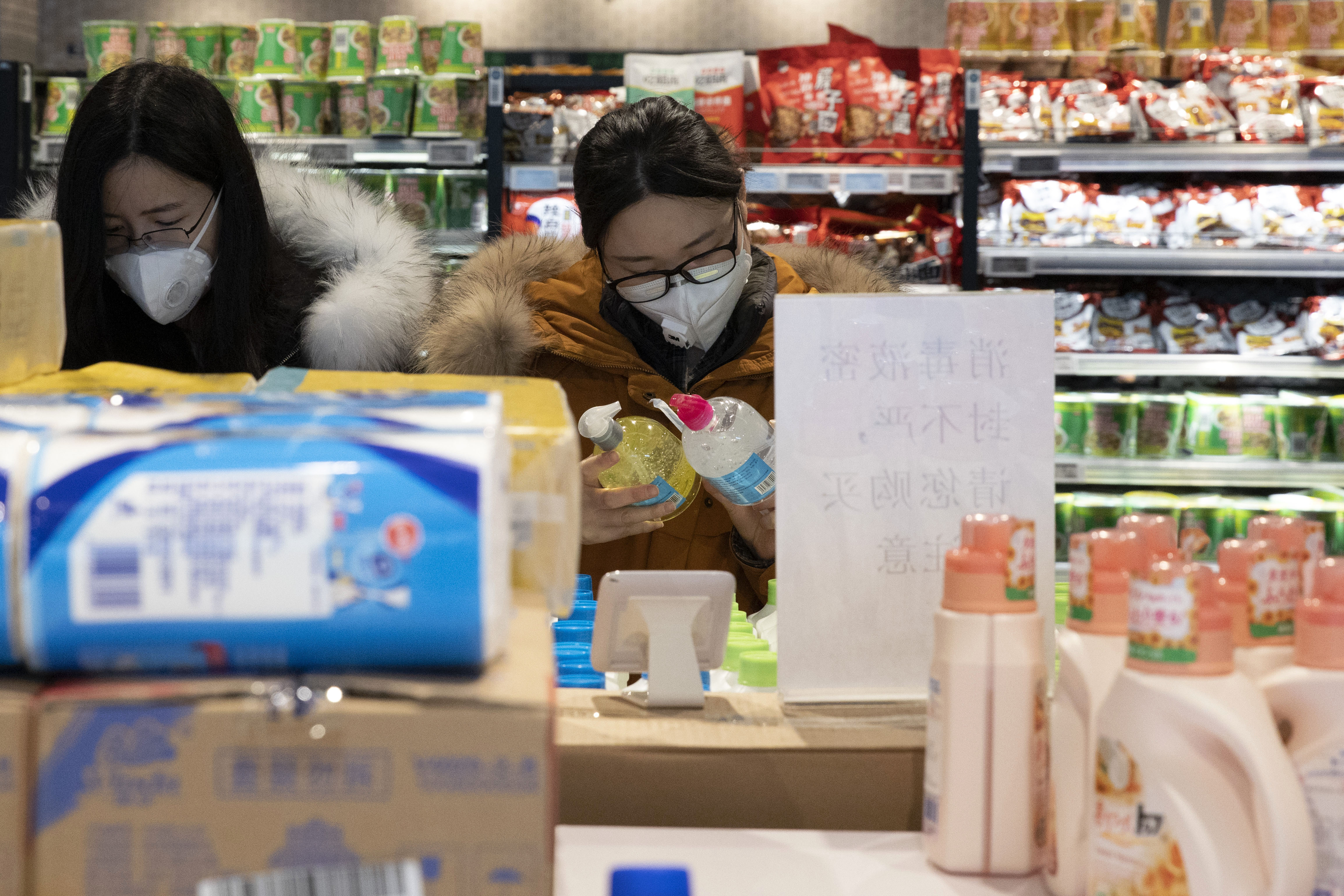 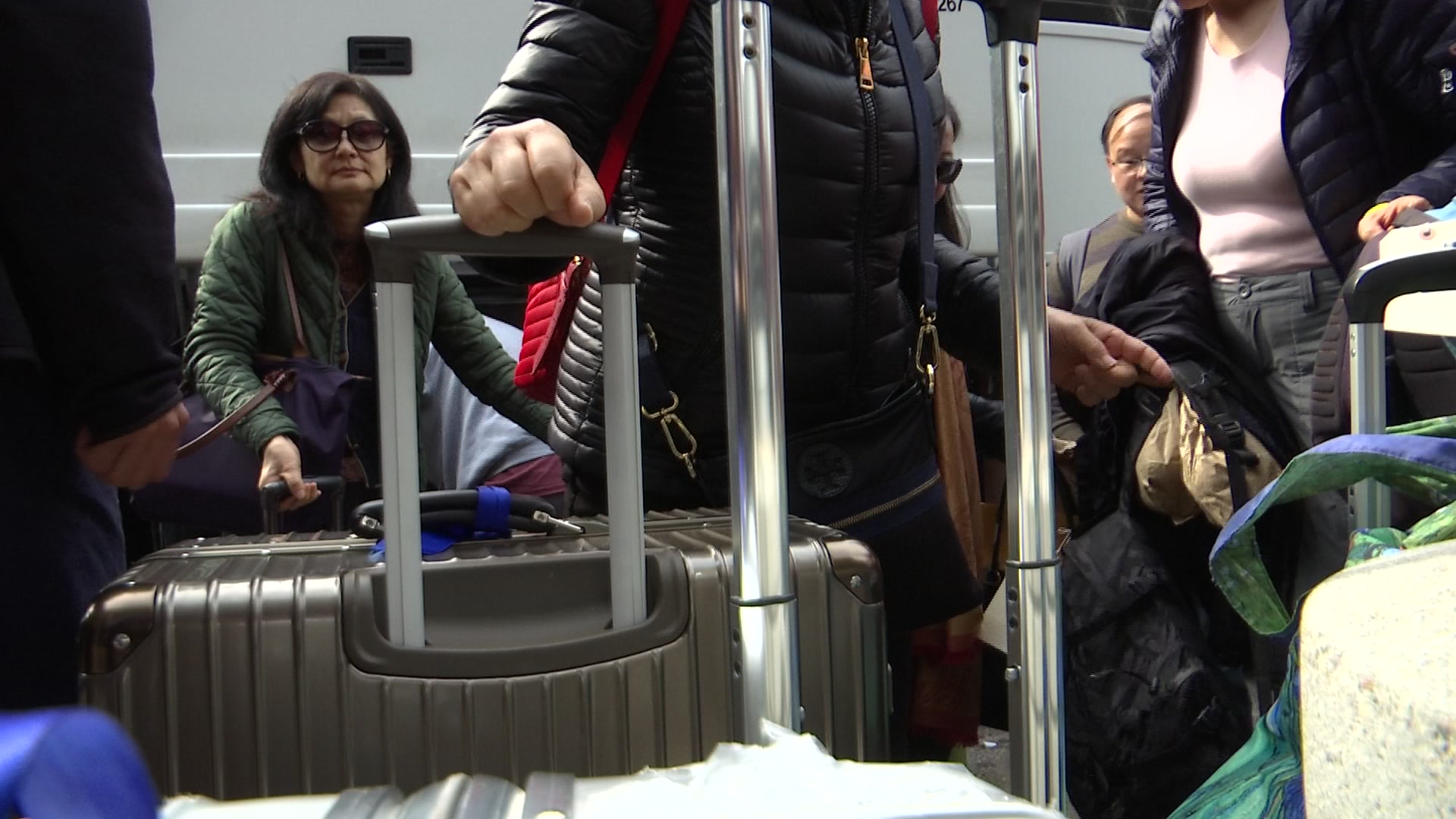 Evacuees Free From Virus Quarantine in Calif. Thank US Govt

"The action taken against The Journal correspondents is an extreme and obvious attempt by the Chinese authorities to intimidate foreign news organizations by taking retribution against their China-based correspondents," the statement said. It said the expulsions are the latest case of growing "harassment, surveillance and intimidation from authorities."

China has in recent years refused to issue or renew credentials for foreign journalists, but this is the first time in recent memory that it has actually revoked their documents, effectively expelling them from the country.

That reflects a new hard line in foreign affairs in which China has sought to exact economic and diplomatic costs from companies and countries that don’t follow its policies over Taiwan, Hong Kong, Tibet, human rights and other sensitive issues.

President and Communist Party leader Xi Jinping has repeatedly stated that China will make no concessions when it comes to national territory, sovereignty or dignity.

In one recent case, China cut commercial ties with the U.S. National Basketball Association after an official with the Houston Rockets team tweeted support for Hong Kong pro-democracy protesters whom China has derided as separatists.

The Journal identified the three journalists as Deputy Bureau Chief Josh Chin, reporter Chao Deng — both U.S. citizens — and reporter Philip Wen, an Australian. They have been given five days to leave the country, according to Jonathan Cheng, the Journal’s China bureau chief.

Last fall, Chinese authorities declined to renew the press credentials of Beijing-based Journal reporter Chun Han Wong, a Singaporean, one month after he and another Journal reporter wrote a story detailing an Australian investigation into the alleged links of Xi's cousin to high-stakes gambling, money laundering and suspected organized crime.

"We resolutely oppose certain foreign journalists' evil intention to smear and attack China," China's foreign ministry said in a response to questions about Wong's status at that time.

Following the publication of Mead's opinion column this month, a foreign ministry spokeswoman lashed out at him, saying he should be "ashamed of your words, your arrogance, your prejudice and your ignorance."

The expulsions also come after the Trump administration on Tuesday designated five state-run Chinese news outlets that operate in the United States as "foreign missions," requiring them to register their properties and employees in the U.S.

Washington has determined that the outlets are directly controlled by the Chinese government and Chinese Communist Party, according to two State Department officials.

China's death toll from the new virus outbreak has topped 900 deaths, surpassing the number of people killed in the SARS epidemic two decades ago. The Chinese government is taking strict measures to keep the coronavirus from spreading, but is drawing criticism in the process.

Xinhua and China Global Television were directed two years ago by the Justice Department to register as foreign agents in the United States, although it is not clear if either ever did. Several Russian news outlets, including the Russia Today television network, face similar directions from the Justice Department.

China’s foreign ministry responded to the move by demanding the U.S. "immediately cease its wrongful actions" and said it reserves the right to "make a further response."