It could take two or three years for China to recover, a stock analyst said

World shares were mixed after the Shanghai Composite index tumbled nearly 8% as Chinese markets reopened on Monday and regulators sought to stabilize markets jolted by a virus that has spread to more than 20 countries and killed more than 360 people.

The outbreak of the virus in China has prompted governments around the world to step up surveillance and quarantine requirements as airlines cancel hundreds of flights. Millions of Chinese remained in lock-down as the number of people infected by the virus topped 17,000 as of Sunday night.

The Shanghai benchmark dropped almost 9% after markets opened after a week-long Lunar New Year holiday that was extended by three days. It was its worst day since August 2015, despite the central bank's effort to put billions of dollars of extra cash into the markets.

Many analysts have dropped their forecasts for China, the world's second-largest economy, to near 5% from earlier forecasts of 6% economic growth for the year. With tens of millions of Chinese city dwellers ordered to mostly stay home, retailer and tourism-related businesses already are suffering.

China's communist leaders have massive resources for intervening to staunch panic selling of shares and have deployed them during past crises, including the 2008 global financial meltdown and the 2002-2003 outbreak of SARS, or severe acute respiratory syndrome. Most of the country's largest companies and financial institutions are state-controlled.

On Sunday, the central bank announced it was putting 1.2 trillion yuan ($173 billion) into the markets to ensure there would be enough cash. The Shanghai Composite fell 2.8% on Jan. 23, its last day of trading before the holiday.

While shares in many sectors fell on Monday, prices for some Chinese pharmaceutical companies hit their 10% upside limit in early trading. Shandong Lukang Pharmaceutical, Jiangsu Sihuan Bioengineering and Harbin Pharmaceutical Group Co. were among the limit-up companies. Major conglomerate New Hope Group plunged to the 10% downside limit, as did Dongfang Electric Co.

Multiple Cities in China Sealed Off as Coronavirus Outbreak Spreads

The benchmark for China's smaller market, in Shenzhen, plunged 8.4%.

Worries over the potential harm to businesses and trade from the virus, first reported in the central Chinese city of Wuhan, have triggered wide swings in share prices around the globe. On Wall Street on Friday, the Dow skidded more than 600 points as the widening pandemic stoked fears that travel restrictions and other uncertainties could dent global growth. The U.S. market, which had calmly been setting record after record, suffered its worst January since 2016 and its first monthly loss since August.

"The worst case scenario is that this Wuhan coronavirus rages on unchecked like the ebola crisis in west Africa several years ago," said Francis Lun, a stock analyst in Hong Kong.

It could take two or three years for China to recover, he said.

"Because China is the big elephant in the room now. If it falls, it will bring down all these smaller fries like Hong Kong, Taiwan, South Korea and even Japan. So nobody is immune," Lun said.

Chinese officials on Monday acknowledged the impact on the economy was growing, but insisted the blow would be temporary.

“We have full confidence to win the battle against the epidemic," said Lian Weiliang, deputy director of the National Development and Reform Commission in Beijing.

The central bank said its open market operations were aimed at ensuring sufficient liquidity. The People's Bank of China often uses reverse repurchases of securities that it plans to sell back, basically serving as very short-term loans, to increase the amount of money circulating in markets. It also has cut the interest rate on such “repos" to help ease credit.

A large share of the 1.2 trillion yuan put into the markets was going to meet payment obligations falling due on Monday, analysts said.

“This is well beyond the band-aid fix, and if this deluge doesn't hold risk-off at bay, we are in for a colossal beat down,” Stephen Innes of AxiCorp. said in a client note.

The government has told financial institutions to follow local quarantine regulations and try to minimize gatherings to reduce risks of spreading the virus. Regulators have also urged banks and other financial institutions to boost lending and soften repayment requirements in areas severely affected by the pandemic. State media reported that short-selling using borrowed shares has been banned.

Trading in Shanghai is mostly conducted electronically, so there is no crowded, raucous trading floor. The city's Lunar New Year holiday has been extended to Feb. 9 as a precaution.

The virus outbreak has cast a shadow over the initially upbeat start to 2020, as the U.S. and China signed a trade deal that eased a big source of uncertainty and raised hopes a global slowdown might have bottomed out.

The S&P 500 closed at an all-time high two weeks ago, having climbed around 13% since early October. Volatility was running at 12-month lows and even a dust up between the U.S. and Iran didn’t rock markets. Britain's exit from the European Union on Friday barely registered. 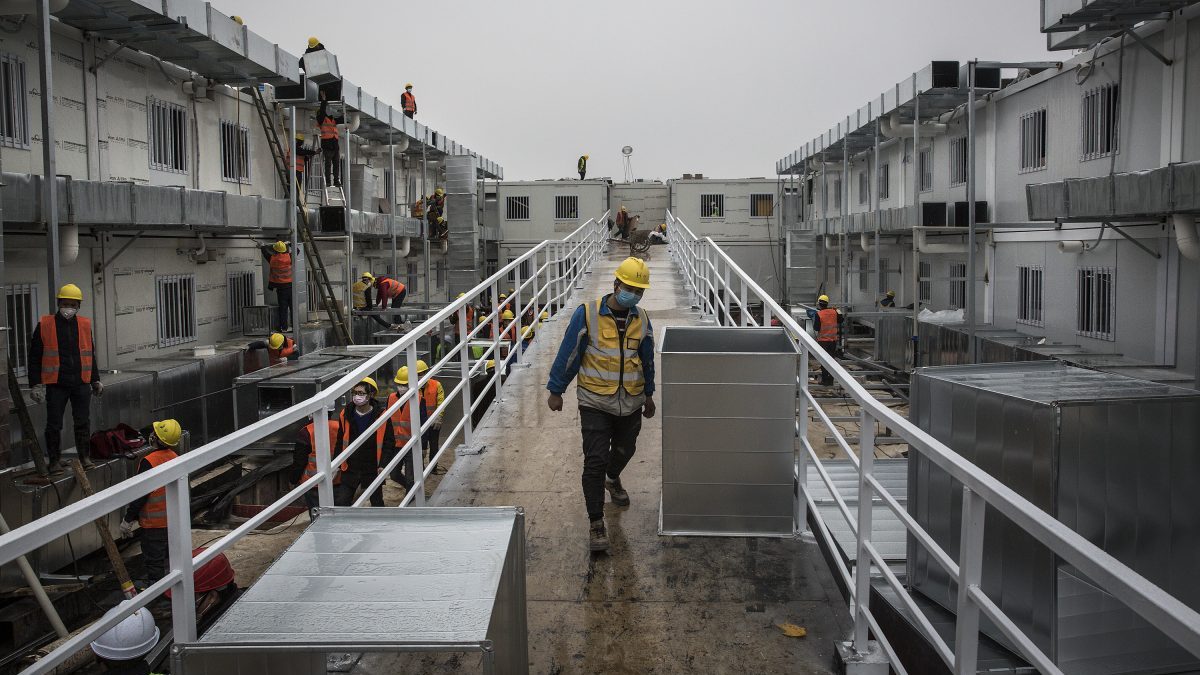 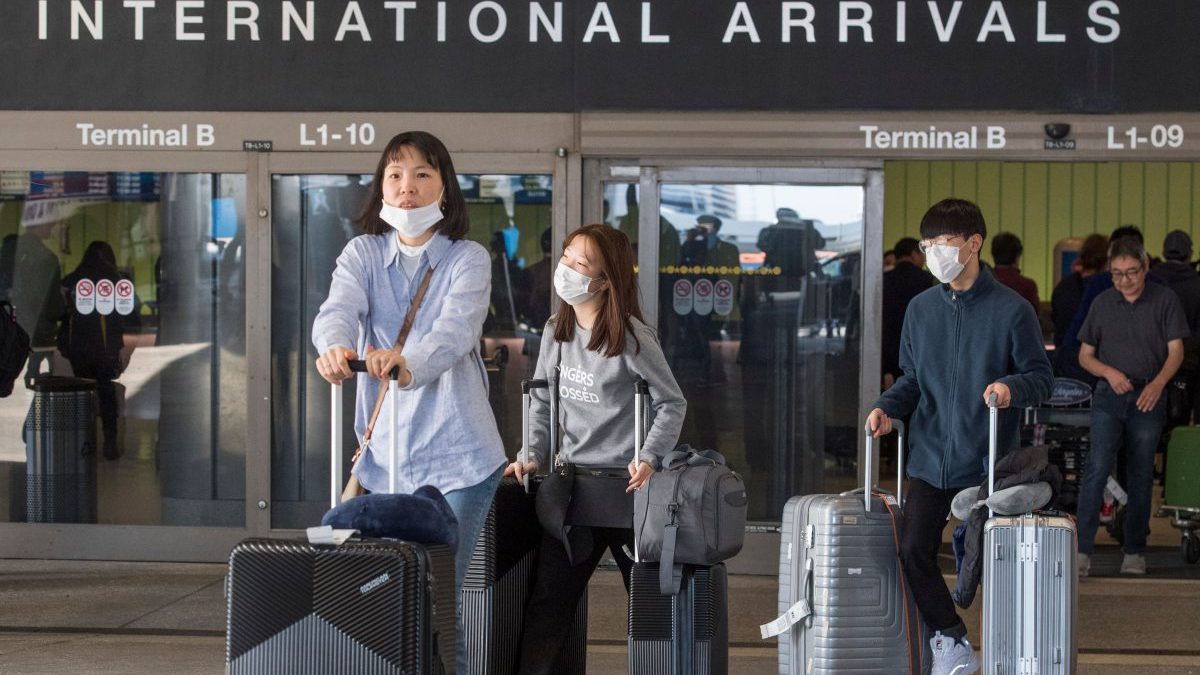 US Flights Could Be Rerouted Mid-Flight Over Coronavirus Concerns, DHS Says

The action in other markets Monday was less dramatic.