The search for survivors from a capsized lift boat in the Gulf of Mexico has closed and attention now turns to comforting the loved ones of the five known dead and eight missing, a grim hunt for bodies and a painstaking investigation that could take up to two years.

Seven days after the Seacor Power capsized in rough waters on April 12 while it was traveling about eight miles off the Louisiana coast, the Coast Guard on Monday suspended the search and rescue operation for the eight people still missing from the vessel. All told, the searched had covered 9,000 square miles of waters off Louisiana.

Nineteen people were on board the vessel. Six were rescued on the first day. Five bodies have been pulled from the sea or from the ship by divers. For the families, it has been a brutal wait to find out what happened. Many of them gathered twice daily for updates from officials.

“We just feel so blessed that we are able to take him home, and we hope for the rest of the families that they are able to take their loved ones home, too,” said Frank Boeckl, whose nephew, Lawrence J. Warren, was the fifth body pulled from the ship.

Warren was from Terrytown, one of the many workers who come to Port Fourchon, the sprawling complex in southeastern Louisiana that is home to the vast array of boats, helicopters and other equipment that services the oil and gas industry in the Gulf of Mexico. From there, workers head out to oil rigs or other jobs, often for weekslong shifts. 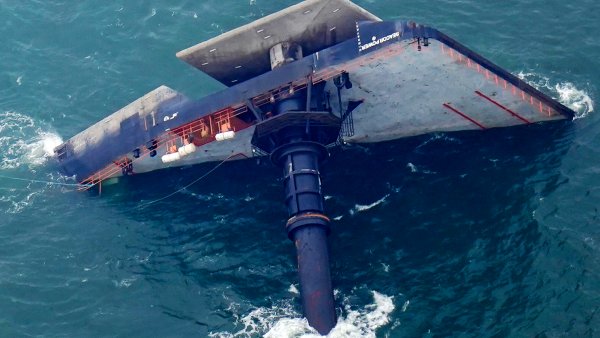 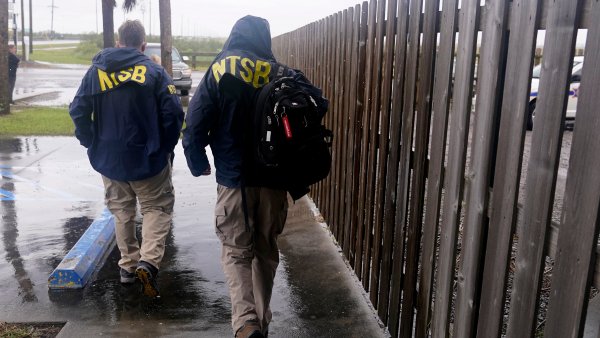 The president of Seacor Marine, which owned the boat, vowed Monday that they would do everything in their power to find the remaining people. John Gellert said 17 divers were on site, and they are about halfway through the vessel as of midday Monday. Gellert also said that divers from a company Seacor contracts with were on the scene four hours after the ship capsized.

“We are steadfast in our efforts to return those who remain missing,” Gellert said. But he added that efforts will depend on the weather, not just on the surface but below the surface. “The currents are currently very strong. That will determine diving windows. When we are able to dive we will dive continuously.”

In that part of the Gulf visibility may also be an issue. Sediment carried down from the Mississippi River makes the Gulf’s waters murky much of the time. In addition, storms can stir up the muddy bottom at much greater depth than the area where the Seacor Power is located.

In the shallow waters off Louisiana, “it’s almost always poor visibility to none,” said Scott Anderson, president of Logan Diving and Salvage in Jacksonville, Florida. He estimated that in the area where the Seacor Power overturned, visibility would be a couple of feet even with the aid of lighting.

It could be as long as two years before the National Transportation and Safety Board comes up with a final determination of what happened to the Seacor Power and why. But during a news conference Monday, Seacor's president gave some information about what the company knows so far.

A key question has been the weather. Gellert said while there were warnings of bad weather, what the boat actually encountered when it was offshore was significantly worse than expected.

“The weather they were forecasted to encounter was well within the limits of the vessel. The weather that they encountered was well beyond the forecast, as far as we know, at this time," he said.

Gellert said the decision on whether to go or not was entirely up to the captain, but he emphasized that the captain had the company’s full support. The captain, David Ledet, 63, was among the dead.

“He was one of our best captains. He was very prudent and conservative,” he said.

The coroner’s office has identified the other four people whose bodies have been recovered: Anthony Hartford, 53, of New Orleans; James Wallingsford, 55, of Gilbert, Louisiana; Ernest Williams, 69, of Arnaudville; and the 36-year-old Warren.

The Seacor Power is a lift boat. Such vessels have three legs that can be lowered to the sea floor to raise the ship off the water to serve as a temporary offshore platform. The boats are often used in the offshore oil industry. When they are traveling, the legs stick straight up in the air.

Gellert said it appeared the legs were fully retracted — meaning all the way up and a position he described as its “most vulnerable” — at the beginning of the voyage, but there are indications that the captain was trying to lower the legs when the ship capsized.

“As far as we can make out there was about five feet of leg that was retracted from the hull, which leads us to believe the captain was starting, trying to jack down,” said Gellert. He said it takes about a minute to move the legs down five feet. The ship capsized in about 50 to 55 feet (about 15 to 17 meters) of water.