Nearly four decades after her disappearance, the family of a Bucks County, Pennsylvania, woman finally has closure after her abusive husband admitted to killing her and dumping her body in a river

Nearly four decades after her disappearance, the family of a Bucks County, Pennsylvania, woman finally has closure after her abusive husband admitted to killing her and dumping her body in a river.

On Wednesday, William Korzon, 76, was sentenced to 7 ½ to 15 years in prison for killing his wife, Gloria Korzon, inside their Warrington Township home back on March 6, 1981. Investigators said the couple got into a violent argument in which Gloria pointed her husband’s gun at him and tried to shoot him. 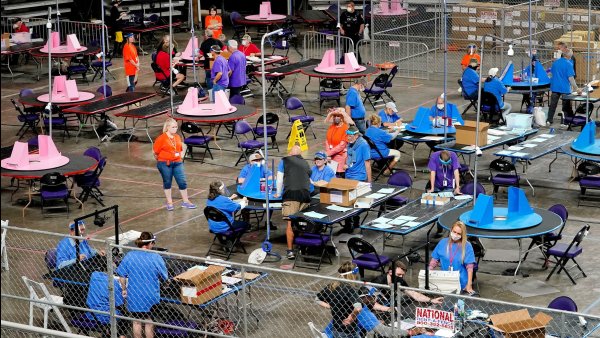 Korzon wrestled the gun from his wife’s hands and shot her in the head, killing her. He then loaded her on his boat and dumped her body in the Delaware River.

The murder marked the end of a violent and troubled marriage that began in January 1967. In December of that year, Korzon was arrested in Springfield, Massachusetts, for threatening to kill his wife, investigators said. He then spent time in a Massachusetts mental institution.

In 1968, the Korzons moved to Philadelphia. Three years later, they moved to Pickertown Road in Warrington.

From 1968 until Gloria's murder in 1981, law enforcement authorities “investigated and documented numerous violent assaults where William Korzon assaulted and threatened to kill Gloria Korzon,” according to the criminal affidavit.

"During these incidents of domestic violence, Gloria suffered multiple injuries, including a broken arm, a broken collarbone, damage to her nasal bone and a black eye," the affidavit said.

After murdering her, Korzon lied about his wife’s whereabouts and forged her signature on legal documents over the course of months and years. He even cashed out his wife’s checks to make it appear as if she was alive.

After the case went cold and was put on a shelf, Warrington Police spent two years re-investigating before they finally had enough evidence to take it to a grand jury.

In April of this year, Korzon was arrested with approval from the grand jury. Korzon, who was living in central Pennsylvania at the time of his arrest, responded to new questioning by investigators by asking, “Did you find the body?” according to the criminal affidavit.

That question, along with the years of abuse and documented injuries to his wife prior to her disappearance, led authorities to charge Korzon with criminal homicide and other related offenses.

Jennifer Potter, Gloria's niece, told the courtroom she and her family always knew Korzon killed her. But no one knew how until he finally confessed earlier this month.

“My family has waited 38 years for this day,” Potter said.

Prosecutors said they hope the case will encourage other victims of violence to come forward, no matter how old the case may be.