COVID Vaccine Side Effects for Kids Under 12: What Parents Need to Know

Pfizer conducted a trial including more than 3,000 children who received its vaccine and found the shots were well tolerated

The Centers for Disease Control and Prevention has approved Pfizer's COVID-19 vaccine for children aged 5 through 11.

While some parents are eagerly awaiting the opportunity for their children to be vaccinated, others remain hesitant, worried about potential serious side effects and long-term impacts.

Doctors, however, overwhelmingly assert the benefits of vaccinating children are clear and outweigh the risks.

While a small portion of children suffer from severe disease, it's less likely for children to develop serious complications compared to adults.

Pediatricians are seeking to convince parents that the COVID-19 vaccine is safe and effective for children after Pfizer's shot was approved in kids as young as 5.

"It's a really exciting step to getting through the end of this pandemic," said UMass Memorial Health Pediatric Infectious Diseases Dr. Christina Hermos.

Hermos said the approval meant another 15% of the population can protect itself from getting hospitalized from the COVID-19 disease.

"This is a lower dose for the children five to 11 years old, but still extremely effective because they have such robust immune systems," Hermos noted.

Fully vaccinating 1 million kids ages 5 to 11 would prevent 58,000 COVID infections, 241 hospitalizations, 77 ICU stays and one death, according to a modeled scenario published by the Food and Drug Administration last week. Up to 106 kids would suffer from vaccine-induced myocarditis but most would recover, according to the agency.

Children are experiencing less side effects overall, according to medical experts.

But when children do encounter side effects, they're typically similar to the ones experienced by adults and usually after the second dose, too. Fewer kids could be developing side effects because the COVID-19 shot for the age group is one-third the size of the dose compared to the one for adults.

Many parents are ready to get their children the first shot of the COVID-19 vaccine as soon as possible.

Pfizer conducted a trial involving more than 3,000 children who received its vaccine and found the shots were well-tolerated.

The most common side effects were mild and comparable to those seen in a trial of teens and adults ages 16 to 25. Common side effects include injection site pain (sore arm), redness and swelling, fatigue, headache, muscle and/or joint pain, chills, fever, swollen lymph nodes, nausea and decreased appetite.

A separate trial conducted by the FDA produced similar results.

Here's what parents need to know as COVID-19 vaccines for children as young as 5 become available.

Side effects were generally mild to moderate, occurred within two days after vaccination, and most went away within one to two days, the agency said.

Federal regulators say they are monitoring for rare heart inflammation conditions, myocarditis and pericarditis, which have appeared in a very small number of young adults who received either the Pfizer or Moderna vaccine. There were no cases of myocarditis in Pfizer’s trial for kids, but officials said the trial may have been too small to detect the rare heart condition.

According to a survey published Thursday from the Kaiser Family Foundation, a third of parents in the U.S. say they will not get their children ages 5 to 11 vaccinated right away, and would wait and see how the vaccine rollout went.

"No clinical trial is ever going to be large enough to detect every possible rare side effect -- nor should they be expected to," said Dr. Daniel Kuritzkes of Brigham and Women's Hospital. "The goal of the trials is to be able to detect the common side effects that would influence the decision of the average person about whether or not to receive the vaccine." 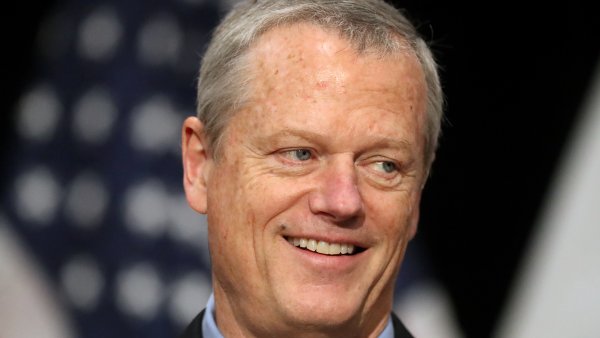 Here's How Gov. Baker Says the COVID Vaccine Rollout for Kids 5-11 Will Work in Mass.