When the Democratic National Convention descends on Philadelphia next year, it will bring with it thousands of delegates, press from around the globe and possibly the next leader of the free world.

The quadrennial political gathering could also bring a bigger boost for one of the country's most formative cities: a multi-million dollar injection of cash into the region and its local businesses.

“Our hospitality community is on fire," Mayor Michael Nutter said Thursday, shortly after the pick was announced. "We do have this opportunity literally to make history again with hosting this convention."

Organizers and party officials estimate that the July 2016 convention will generate an overall economic impact of between $170 and $250 million in direct and indirect spending. That includes everything from hotel room rates and restaurant tabs to security details, infrastructure upgrades and construction jobs.

And while economists and others caution that figure won't necessarily translate fully to cash in the coffers of the city and its businesses, local backers say the lasting economic impact could extend beyond the dollars spent heading into and during the political production.

“First and foremost, landing the DNC for us is huge, huge visibility for the city," said Julie Cocker Graham, executive vice president of the Philadelphia Convention and Visitors Bureau, said in an interview Thursday. "It puts us on an international and national stage in terms of visitors and convention attendees coming to Philadelphia, and it really does prove what we’ve always known — that we are the city that offers the complete package."

Projections for how much Philly could take in during the convention are comparable to figures reported by other recent host cities, including 2012 convention host sites Tampa, Florida, and Charlotte, North Carolina. 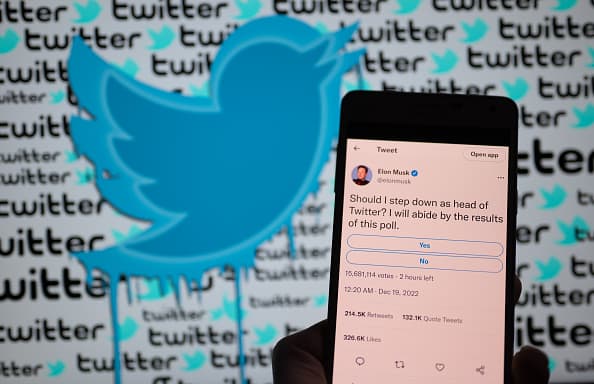 Twitter Was Down for About 90 Minutes Wednesday, Telling Users They'd Hit Their Daily Limit on Posts

The 2012 Republican National Convention in Tampa injected $214 million directly into the local economy, with the bulk of that going to infrastructure upgrades and security reinforcements, according to local reports on a study commissioned by the host committee. Taxable sales in the region increased by $363 million year over year in the month it was held, even though organizers shortened the convention by one day because of a storm.

In 2008, when Denver hosted the Democratic National Convention, the convention translated to a regional economic impact of $266.1 million in the city's metro area, its host committee estimated. Visitors spent more than $42 million during the convention, according to a report released by the committee, including $15.6 million on lodging and $19 million on food and drink.

But Dr. Dan Murrey, who was executive director of Charlotte's host committee in 2012, said the effect there went far beyond the roughly $170 million in economic impact they estimated that the event generated.

“Before the convention, we had people who had asked where in South Carolina Charlotte was, when we were in North Carolina," he said. "So that was a big plus for us. Since then, there is a sense that people get more of what Charlotte’s about.”

Murrey said the city sought to make the effects of the convention bump last, dispatching volunteers to work on projects like community gardens and installing new recycling baskets to benefit residents long after the delegates had gone. They also used the convention to make a pitch to businesses, foreign representatives and others who might make return visits or investments.

Charlotte Chamber of Commerce President and CEO Bob Morgan said that while a convention might not necessarily transform a city's economy, it's still significant. His city, he said, was able to treat the 2012 convention "like a debut" for national and international audiences.

"It was an opportunity to spiff things up, to tell the story of Charlotte as a New South kind of city that’s on the rise, and we had just unprecedented opportunity to do things," he said.

It paid off, he and Murrey said, with business deals and roughly 25 ambassador visits coming out of conversations and connections made during the event.

Philadelphia, already a major convention hub, is hoping to see its profile rise even higher with the Democratic convention and a visit by Pope Francis this fall. One major winner of the convention will likely be the region's hospitality industry, which Cocker Graham of the city's Convention and Visitors Bureau said employs 120,000 workers.

In 2000, when Republicans flocked to Philly to nominate George W. Bush, attendees spent $24.9 million on hotels, according to a tourism report cited in local media. This time around, a top Democratic National Committee official cited "proximity of their arena and venue to the hotel rooms" as a major factor in the decision to award the contract to Philly over rival cities Brooklyn, New York, and Columbus, Ohio.

"The fact that there are 18,500 hotel rooms within a 15-minute walk of the arena, the Wells Fargo arena, the fact that you would have an opportunity for delegates to be coming back and forth and interacting very cohesively in Philadelphia was a big strength of theirs," DNC Chairwoman Debbie Wasserman Schultz told reporters in a conference call.

Still, economists and veterans of conventions caution that even with the major investment, the actual impact can be mixed for local businesses and residents. The economic impact on Tampa varied, its committee report found, with some businesses near the convention site taking a hit because of too few workers at local offices and increased security.

Murrey, who headed Charlotte's host committee in 2012, said his city's convention wasn't a boon for all, either. "Some restaurants won, and some didn't," he said. "I wouldn’t say that every restaurant and every venue would say it was a home run."

Marc Stehr, a professor of economics at Drexel University, said that while Philadelphia "probably going to make some money on this," the actual revenue that is both generated and kept at the local level is "nowhere close to the full amount that would be spent."

“When people are tallying up sort of the benefits of bringing up a big convention like this they tend to count benefits, but not cost, and they tend to ignore things like substitutions," he said.

Still, local boosters say they still believe the city will come out ahead in what would otherwise be a slow month for convention business, especially given the lasting impression the city will be able to leave for an international audience.

"You’re at the center stage for three nights for the world," Nick DeBenedictis, a former Philadelphia Chamber of Commerce president who helped work on the 2000 convention, said. "It basically puts you in the big leagues."