Carmen Tarleton is recovering from her second face transplant surgery seven months ago, after her body rejected her first one in 2013

A 15-minute period back in 2007 changed Carmen Tarleton's life forever. Her ex-husband broke into her home, hit her with a baseball bat and sprayed her with a chemical called lye. Today, she is the first American to receive a second face transplant.

In a TODAY exclusive interview, the former nurse sat down with NBC News correspondent Kate Snow to share her recovery journey. The attack left Tarleton badly disfigured, blind in one eye and legally blind in the other. She had her first face transplant in 2013, when the procedure was quite new. It lasted seven years, but her body began to reject it slowly.

"When my first face transplant failed, I basically went back to looking disfigured," she said on TODAY. "I didn't have eyelids anymore. I lost my lips."

The decision for her to go through the process again — she's had 73 reconstructive surgeries in total — was an easy one, she told Snow.

"I had said to (my doctor), 'If I'm a candidate, I want another chance,'" Tarleton recalled. 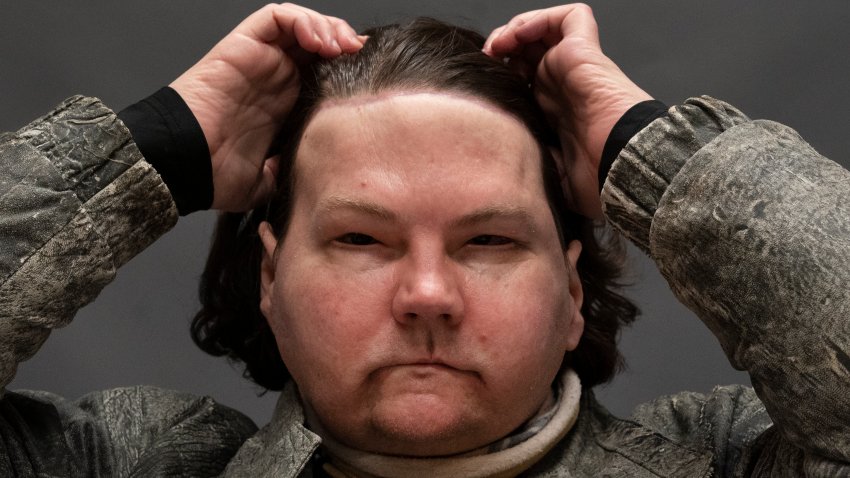 The second face transplant took a team of 40 at Brigham and Women's Hospital in Boston about 20 hours over two days. Fortunately, it was less risky than the initial surgery because her immune system was less sensitive the second time around.

But it was still a challenge, Tarleton's plastic surgeon, Dr. Bohdan Pomahac, who's been treating her since she was airlifted to the hospital over a decade ago, told TODAY. There were concerns about a possible rejection, again.

"It's always complicated," Pomhac said. "I think the second time is a little worse in some ways because we're dealing with a lot of unknowns again."

The donor for Tarleton's second surgery was a woman named Casey Harrington Labrie, who struggled with heroin addiction and died last July at age 36 from a fentanyl overdose. She had a 15-year-old daughter.

"We were incredibly lucky and found by pure luck a donor that had a lot of characteristics common with Carmen's own body, something that you would hope for a sibling to have," Pomahac added.

Harrington Labrie had told her sister-in-law Bobbi Sue Harrington that she wanted to be an organ donor. Her organs saved five lives, but her family was initially hesitant about donating her face.

"Our initial emotion was, 'No. That's not gonna be OK. We can't live with that,'" Bobbi Sue Harrington told TODAY. "The more research we did (on) recipients and how their lives had changed, the better we felt about it."

"It was a godsend for us as a family," she added. "It gave us hope in what would otherwise appear to be a completely hopeless time, especially for (Casey's) daughter."

Tarleton got the opportunity to meet Harrington Labrie's family over video chat on TODAY.

"You do have a lot of her features like on your forehead," Harrington Labrie's mother told her. "You have her birthmark, her hairline, the eye line."

"In the most difficult time, you gave me the biggest gift anybody could have given me," Tarleton said.

Now, seven months after her second face transplant, Tarleton told Snow that she's "very happy," explaining that everything on her face is donated except for one ear.

"This is my face. It was given to me. It's not the original face I was born with, but it's my face. And every time I look in the mirror, I think of Casey," Tarleton said.

Her positive attitude has been an inspiration to the donor's family — and everyone who meets her.

"My key to that success is not focusing on negative things," she continued. "It's much easier to complain, to ... talk about amongst ourselves what doesn't work. ... If I stayed there, I would be what society said I would be. 'You're gonna be miserable, you're disabled, you're blind, you're dependent. You're gonna have post-traumatic stress disorder, you're gonna be depressed.'"

"I didn't listen to any of that. You know why? I didn't want any of that. I focused on what I was gonna do now," she added.

Tarleton also believes that her two face transplants have "expanded (her life) greatly."

As Tarleton continues to recover, she's "building energy every week," she added. "Every week, I get better and better. ... I'm excited to see what life's gonna bring me now. I have a lot of patience. When I'm ready, things will happen. And they're already happening."