A Connecticut man capped a grueling, monthslong run from Florida to Maine with a surprise proposal to his partner, who was with him the entire way.

Shan Riggs crossed the finish line of the 3,000-mile East Coast Greenway on Saturday in Calais, Maine. He immediately got down on one knee and asked his partner, Joshuaine (Josh) Grant, to marry him.

Riggs made the run from Key West to the Canadian border in 78 days, resting for just two of them and putting in about 40 miles every day, according to the East Coast Greenway Alliance. The advocacy group said Riggs, who was raising money for it, is the first person to run the whole route.

It may have taken six, seven, even eight hours…but the back of the Boston Marathon pack was determined to make it.

The East Coast Greenway hugs the Atlantic Coast in Florida, Georgia and South Carolina, then moves inland as it passes through Raleigh; Washington, D.C.; Philadelphia, New York City; Hartford and Providence. It loops through central Massachusetts before hitting Boston; Portsmouth, New Hampshire, and then Portland, Augusta and Bangor in Maine.

Grant, a cyclist, rode with him the whole way. They got up at 4:30 a.m. every morning, Riggs told NBC affiliate NewsCenter Maine.

"I think [the proposal] was kind of percolating in my mind for, I guess since Florida, but I kind of made up my mind somewhere in the northeast, maybe in New Jersey or New York," Riggs said. 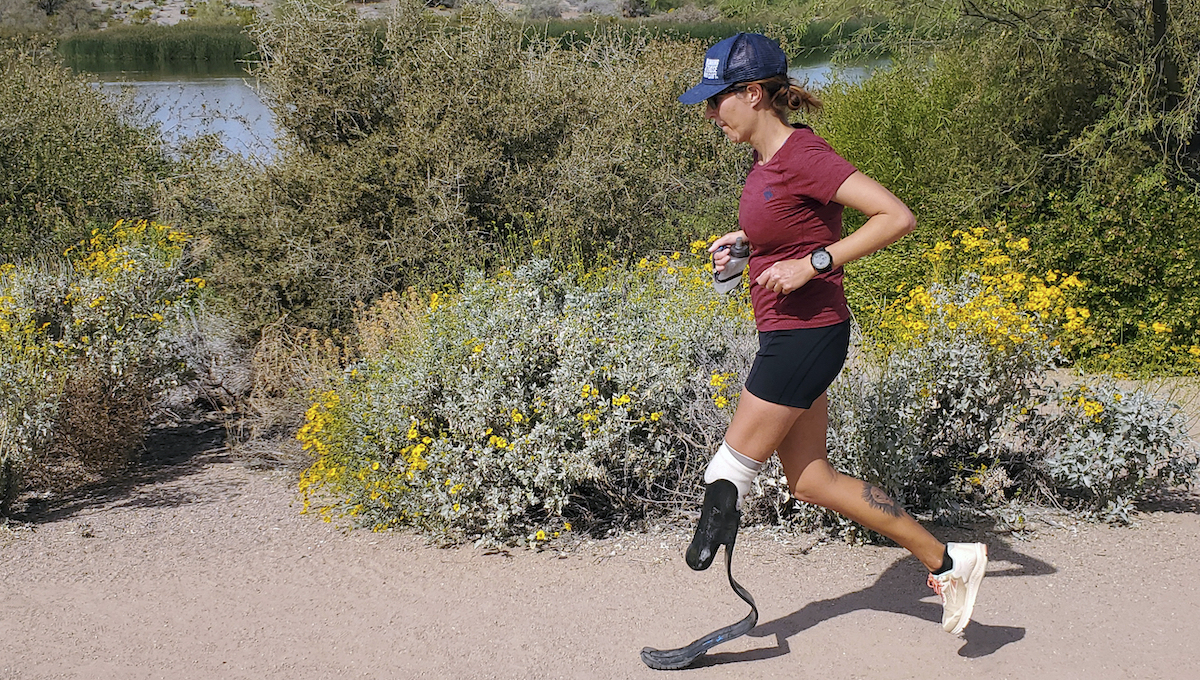 Ultrarunner Crosses US in Less Than 43 Days, Breaks Record