“I believe the facts do support those charges," Michael Sherwin, the former acting U.S. Attorney for the District of Columbia, said in an interview on “60 Minutes.”

The federal prosecutor who had been overseeing the Justice Department’s investigation into the Jan. 6 attack on the Capitol says evidence likely supports sedition charges against some of the rioters, NBC News reports.

“I personally believe the evidence is trending towards that and probably meets those elements,” Michael Sherwin, the former acting U.S. Attorney for the District of Columbia, said in an interview with CBS News’ Scott Pelley that aired Sunday on "60 Minutes." 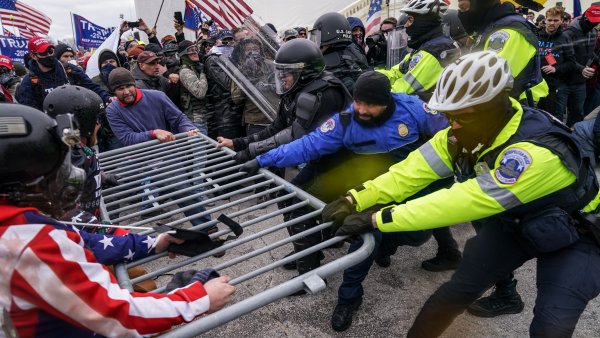 Pentagon Looks to Root Out Extremists Targeting US Troops

Asked if he expects sedition charges to be brought against some of the suspects, Sherwin said, “I believe the facts do support those charges, and I think that as we go forward, more facts will support that, Scott. This is going to be a long-term investigation.”

Sedition charges, involving conspiring to overthrow the government or hindering the execution of federal law, are rare, with one of the last cases in 2010, when federal prosecutors charged members of a Michigan militia with plotting to provoke an armed conflict with the government.