Thirty airlines have suspended service to China and 25,000 flights were cancelled this week alone, according to OAG, a travel data company

This should have been a good year for global tourism, with trade tensions gradually easing, certain economies growing and banner events like the Summer Olympics taking place in Tokyo. But the viral outbreak in China has thrown the travel industry into chaos, threatening billions in losses and keeping millions of would-be travelers at home.

Gabrielle Autry, an American who lives in China, had expected to travel to Hong Kong this week to get engaged to her Chinese boyfriend. But those plans are on hold, and the couple is quarantined in their apartment in Hangzhou, an eight-hour drive from the epicenter of the outbreak in Wuhan. As of Thursday, China had reported 28,060 cases of the new virus and 563 deaths.

“We are thankful for our health and that we are together here,” Autry said. She doesn’t know when they will be able to reschedule their trip.

Thirty airlines have suspended service to China and 25,000 flights were cancelled this week alone, according to OAG, a travel data company. Hotel rooms in China are largely empty; Chinese hotel occupancy plummeted 75% in the last two weeks of January, according to STR, a hotel research firm. More than 7,000 passengers are quarantined on two cruise ships in Japan and Hong Kong.

Before the outbreak, the United Nations World Tourism Organization was forecasting growth of 3-4% in global tourism this year, an increase over the 1.5 billion tourist arrivals in 2019. Upsides, like economic improvement in the Middle East and Latin America, outweighed some potential downsides, like the uncertainty of Brexit or any lingering U.S.-China trade disputes.

Central to those numbers was the promise of an ever-growing number of travelers from China, where rapidly growing incomes have led to a global tourism boom. In 2018, Chinese tourists made nearly 150 million trips abroad and spent $277 billion, according to IHS Markit. That’s up from just $15.4 billion in 2002.

The loss of those tourists is being felt most acutely in Asia, which usually attracts 75% of Lunar New Year travelers, says ForwardKeys, a travel consulting company. The new year, which began Jan. 25, is one of China’s major travel periods.

Disney said Wednesday it could lose $175 million if its parks in Hong Kong and Shanghai remain closed for two months.

“The day that we heard the news (about the virus), the tourists were gone,” said Arisara Chamsue, who runs a shop near the Grand Palace in Bangkok. "The number has dropped. And I can only make a tenth or two tenths of what I normally make."

Tourists from elsewhere are also canceling travel to Asia. Brian Guyer of Bozeman, Montana, planned to go to Japan next week for a dream ski vacation after finding a good deal on Alaska Airlines. But he and his partner decided to cancel because the trip required a 14-hour layover in Beijing. They weren’t sure they'd be allowed to enter Japan or the U.S. after passing through China.

Others are taking a wait-and-see approach, including concert pianist Julio Elizalde and violinist Ray Chen. The two have a six-city concert tour of China scheduled in May. They're watching closely; as long as things improve over the next month or two, Elizalde says they plan to honor that commitment.

The cancellations, however, are adding up for airlines. Tourism Economics, a data and consulting firm, estimates that U.S. airlines will lose $1.6 billion this year because of lost business to and from China. The firm doesn’t have estimates for Chinese airlines.

Cruise lines are also feeling the pinch. Carnival and Royal Caribbean have canceled around 20 China cruises between them, and many cruise lines aren't letting passengers board if they have been in China or Hong Kong in the 14 days before the ship sales. That affects thousands of passengers; Royal Caribbean’s Shanghai-based Spectrum of the Seas ship has a double-occupancy capacity of 4,246 people.

Miami-based Royal Caribbean estimates that the cancellations so far will shave about 1% off 2020 earnings, and that will double if travel restrictions in China are still in place at the end of February.

A 1,000-bed hospital in Wuhan, China took just 10 days to complete as the Chinese government looks to contain the spread of the deadly coronavirus.

Destinations further from the outbreak are also feeling the loss of Chinese tourists. Australia, already battered by wildfires, just imposed a travel ban on visitors from mainland China. China was the largest source for international visitors to Australia last year, with 1.4 million tourists who spent $13.4 billion, according to IHS Markit.

Italy could lose $5 billion in tourism revenue this year, said Demoskopika, a polling agency. In the U.S., Tourism Economics predicts a 28% drop in Chinese visitors, to around 2 million. That represents about $6 billion less spent on travel and airfare.

Some worried travelers are even canceling trips to places that aren’t yet impacted. Stanley Kolodziejczak, tax director at White and Case law firm in New York, planned to visit South Africa and Brazil this year, but those trips are on hold. He’s concerned those countries wouldn’t have the systems in place to detect and manage the virus.

But Christina Pedroni, senior vice president of Liberty Travel, a New Jersey-based travel agency, said she hasn't seen many cancellations for destinations outside of Asia. Some customers heading to Asia switched to another destination instead of cancelling entirely, she said.

“This could change if the situation grows more severe. But for now, most travelers are leaving impending travel plans as they are," Pedroni said.

Tourism will recover, as it has from previous health scares. But analysts are divided about the amount of time that recovery will take. Tourism Economics, citing the SARS outbreak in 2003, expects it will be four years before Chinese tourism to the U.S. gets back to previously expected levels. The World Travel and Tourism Council, a tourism advocacy group, says it usually takes 19 months for visitor numbers to recover after a viral outbreak.

David Tarsh, a spokesman for ForwardKeys, said there are some key differences with the SARS epidemic, which killed 774 people in 2003. In that case, he said, media reported that the virus was impacting all of southeast Asia, even though it was confined to China, Vietnam, Hong Kong and Singapore. That hurt tourism even in places that were far from the outbreak, like India.

This time, he said, travelers are more likely to understand that the virus is centered in Wuhan, China, which could help the recovery progress more quickly. 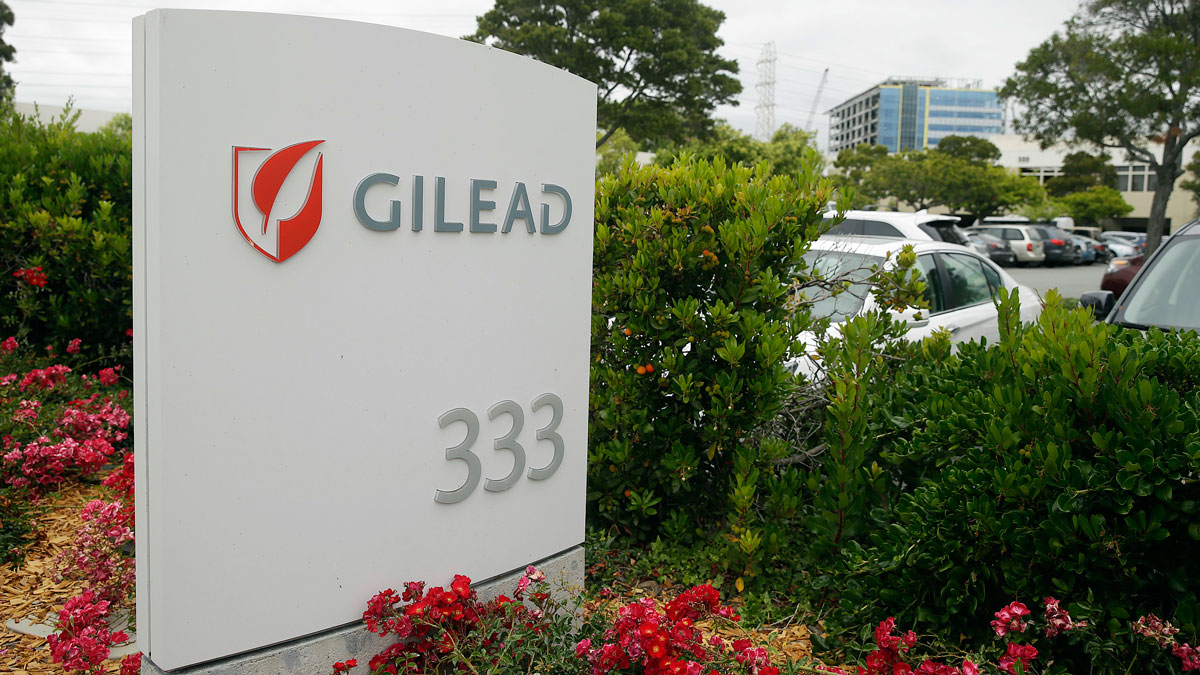 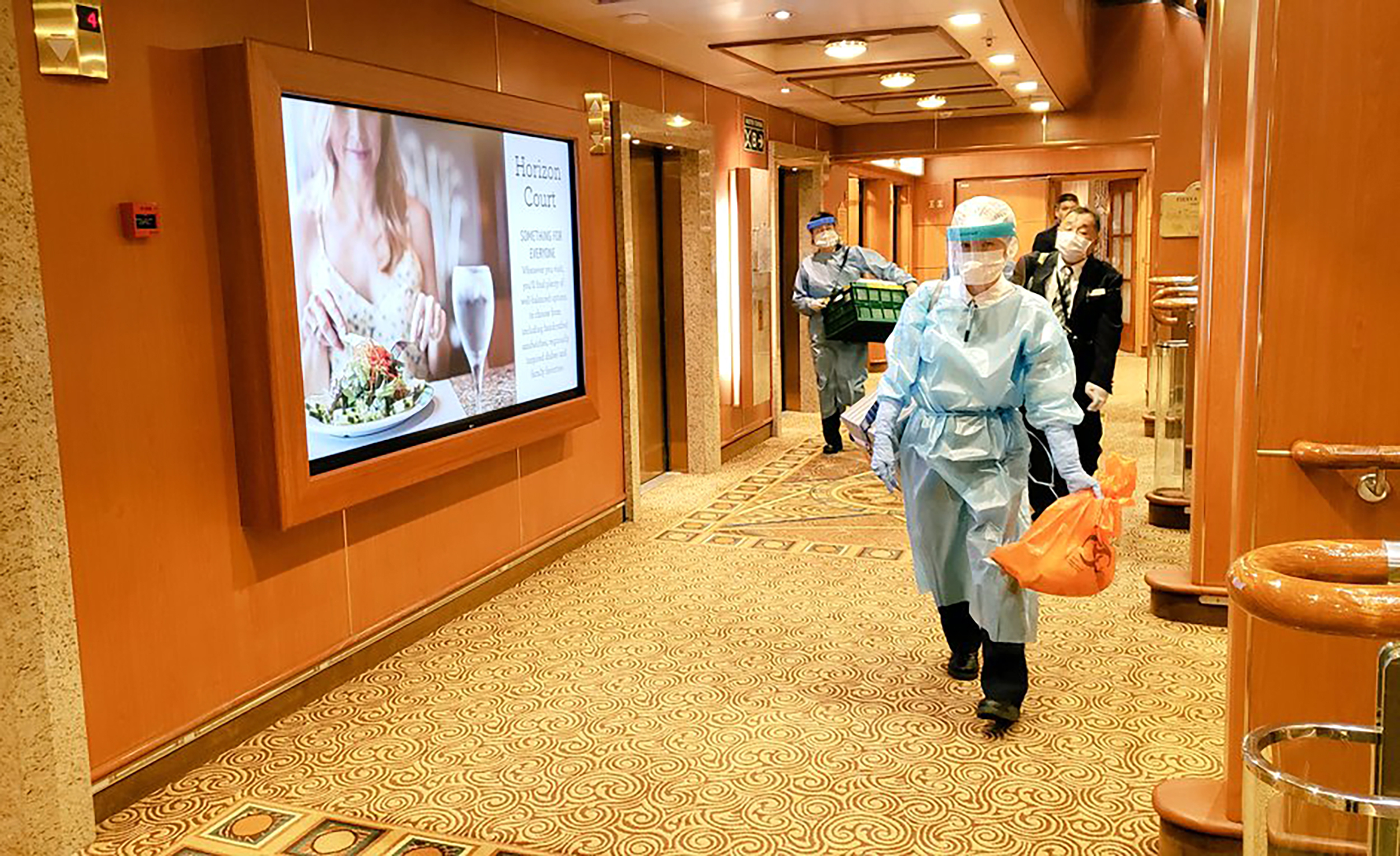 SARS also hit when travelers were still fearful after the Sept. 11, 2001 terrorist attacks in New York, he said. Tarsh also said China has been more open about its response this time around.