Baker: No Plans Yet to Change Guidance on Outdoor Mask-Wearing

Baker said he would follow federal guidance on masks and wait for more people to get vaccinated.

Gov. Charlie Baker said Monday he had no immediate plans to change the Massachusetts' mask mandate, saying his administration would only do so when more people are vaccinated.

Almost half of the states in the country no longer have mask mandates, but all of New England still has them, which has prompted questions about when the rules might be relaxed in Massachusetts and the region.

In a press conference at the Family Health Center of Worcester, Baker said he would follow federal guidance on mask-wearing and incorporate additional information about COVID-19 variants.

"A lot of it is going to depend on both guidance we get from the feds and how fast we are able to vaccinate people, and how big a deal these variants are, not just here in Massachusetts and the northeast but around the country generally," he said.

The Chief Medical Officer at Saint Vincent Hospital in Worcester says it's premature at this point in time to consider stopping the mask mandate. Dr. George Abraham says masks remain an important deterrent with a lot of people still unvaccinated and variants on the move.

But Abraham did say the rules for outdoors could be adjusted.

”Definitely outdoors is doable," he said. "I think right now may not be be the right time but as numbers progressively come down and stay down could that be a possibility? Absolutely yes.”

Abraham and others have said we should expect to wear masks through 2022 if we really want to win this battle against COVID-19.

In response to a spike in coronavirus cases across the state, Baker implemented an updated mask order on Nov. 6, 2020, requiring everyone over the age of 5 to wear a mask in public — even when standing more than six feet away from others. The state had previously mandated face coverings only at indoor public places, stores and on public transportation and outside when social distancing couldn't be properly maintained.

The Republican governor urged all residents 16 years and older to sign up for vaccination appointments on April 19 when the general adult population becomes eligible.

"The vaccine saves lives," Baker said at the press conference, during which he highlighted the importance of community health centers during the pandemic.

New Hampshire is expanding access to vaccines to people from out of state starting April 19. How many Massachusetts residents will head north to be vaccinated? People who live near the border have some thoughts.

However, the governor said he couldn't predict how quickly those who use the state's preregistration site would be contacted to make an appointment, adding that would be determined in part by the state's supply of vaccines.

"I think it's likely that how long people have to wait to get vaccinated is going to be 100% a function of supply," he said.

He said many slots next week will already be booked by people getting the second dose of Moderna or Pfizer vaccines, and that people who become eligible Monday may have to wait for open slots on the state website. He added, however, that those residents could also seek to get shots at CVS or Walgreens locations or through their health care providers.

The state's vaccine-booking website has undergone "some pretty heavy stress tests" to prepare for next week's expansion, he said.

Massachusetts last week started adding appointments at regional vaccination clinics to its preregistration system, starting with the Amherst-Northampton vaccination collaborative as well as the one located in Marshfield.

More collaborative regional sites will be added to the preregistration system this month, Baker said.

Baker's appearance comes as coronavirus cases continue to rise in the state, especially on college campuses, several of which have been forced to go remote in recent days due to COVID clusters. Some Massachusetts high schools have also returned to remote learning due to outbreaks.

Health officials in Massachusetts reported another 1,831 cases of the new coronavirus and eight new deaths on Sunday.

Both the average number of coronavirus cases and average coronavirus test positivity reported each day have been slowly rising since about mid-March, after steady declines from the start of the year, according to the Department of Public Health's interactive coronavirus dashboard. In late March, the number of hospitalizations started to rise, as well.

Even as the state experiences a continued uptick in cases, the process of vaccinating residents is moving forward. 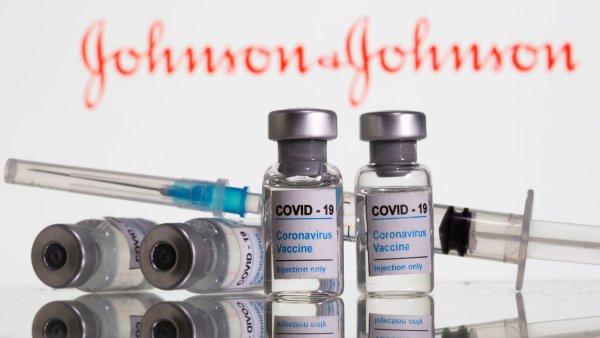 After a slow start, Massachusetts’ vaccination campaign has accelerated over the past month, and the state is now among national leaders.

Since March 18, the seven-day average number of daily vaccines being administered in the state has risen steadily, from a rate of 54,436 a day up to 83,235 on Friday, according to data from the Massachusetts Department of Public Health. That's a nearly 53% increase.

On Friday itself, the state doled on nearly 113,000 doses. It was the most on a single day so far, and first time Massachusetts reported over 100,000.

The average number of people who are becoming fully vaccinated each day has also been accelerating since March 23, when the rate was 23,474 new people a day. As of Friday, it was up to 38,223.

Everyone in the state will become eligible to register on April 19.

According to Monday's vaccine report, 1,789,004 Massachusetts residents are fully vaccinated against the virus.

More than 4.5 million total doses have now been administered in the state, including 2,767,991 first-dose shots of either Pfizer of Moderna. Over 180,000 Bay State residents have now received Johnson & Johnson's single-shot vaccine.

This week, Massachusetts and other U.S. states will see a drop in the number of single-shot Johnson & Johnson vaccine doses delivered after the pharmaceutical company disposed of 15 million doses produced at Baltimore plant Emergent BioSolutions over quality control issues.

For people like Donna and Millard Mitchell of Lowell who were dreading traveling to a mass vaccination site twice for COVID vaccines, a Johnson and Johnson mobile vaccination clinic was perfect.