Headed to the Cape? How to Protect Yourself from Coronavirus at the Beach

Even as the spread of the coronavirus appears to be under control on Cape Cod, officials worried about overcrowding on some of the area's popular beaches are reminding residents and tourists how to "beach well" for the rest of the summer, including avoiding shorelines at high tide.

"We're now back to the single digits in new cases. Long may it last," said Vaira Harik, deputy director of the Barnstable County Department of Human Services.

Gov. Charlie Baker on Tuesday rolled out a color-coded system for tracking the spread of coronavirus town by town across Massachusetts, with white and green indicating the lowest levels of infection and yellow and red signaling a higher risk of community spread.

Cape Cod, according to the latest update, is shaded almost entirely white, with the exceptions of Falmouth and Barnstable, which includes the village of Hyannis. Both are colored "green," meaning an average of less than 4 new daily cases per 100,000 people over the last two weeks.

"Our cases appear to be under control," said Sen. Julian Cyr, of Truro, in a conference call on Thursday.

To maintain its status, the Cape Cod Reopening Task Force has responded to concerns from town managers about beach crowding by publishing tips on its website for how to "Beach Well" on the Cape.

Businesses on Cape Cod could be in further financial trouble if a recent surge of COVID-19 cases continues.

Some towns have started restricting beach parking to cars with resident stickers only, they said.

The online tip sheet reinforces existing guidelines, such as maintaining 12-feet of distance between groups, wearing masks while walking to and from parking lots and refraining from volleyball, soccer, bocce and other beach sports. It also recommends avoiding high tides, when available shore space shrinks, and suggests timing beach visits three hours before or after high tide.

The website includes links to a guide of Cape Cod beaches and what to expect from the varying tides on Cape Cod Bay, Nantucket Sound, the Atlantic Ocean and Buzzards Bay.

Rental companies are getting ready for Phase 2 of Gov. Charlie Baker's reopening plan, anticipating a slower season with new regulations.

The Reopening Task Force is also planning a briefing for administrators, teachers and others involved in planning for the return to school in the fall so that everyone is aware of the data on Cape Cod and resources available to communities for testing and other safety measures that may be necessary.

"We're trying to be helpful," Cyr said. "It seems most of the districts in the region are moving toward variations of either remote or a hybrid model."

For instance, the Dennis-Yarmouth Regional School District announced this week that it planned to prioritize in-person learning for grades K through 7 with reduced class sizes to accommodate social distancing, and a hybrid learning model for the high school to start the year.

"We understand this is a tremendously anxious time," Cyr said.

At least eight great white sharks were spotted along Cape Cod on Sunday.

Baker and the Department of Elementary and Secondary Education have said that any communities labeled "green" or "white" under the state's new rubric should be opening in September for full-time in person learning, but could do hybrid under extenuating circumstances.

The teachers' unions, however, has raised their serious concerns with returning full-time to the classroom in the current environment.

Cyr said he thought it was important that no schools on Cape Cod planned to begin instruction until mid-September thanks to the concession made by DESE to shorten the mandatory school year by 10 days to allow for professional development. Cyr said this should give Cape Cod officials time to monitor the post-Labor Day landscape when a lot of seasonal visitors will be leaving. 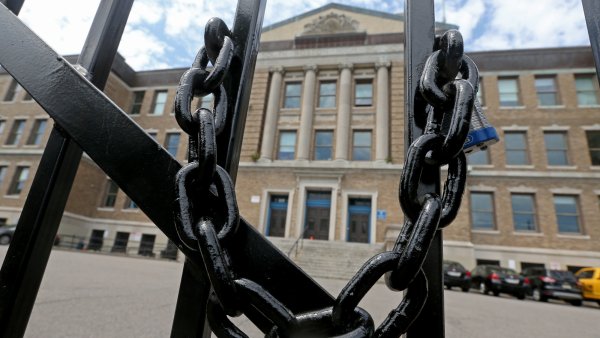 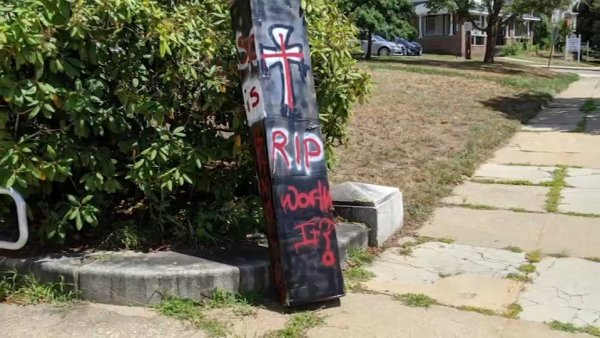 "These are tremendously difficult calls about how do you provide one of the most essential services that government provides, that our communities provide, which is investment public education. How do you provide that while keeping everyone safe?" Cyr asked.

On Cape Cod, Harik said that Wednesday's reformatted daily COVID-19 report from the Department of Public Health omitted county level data that has been traditionally published daily, and she had not received an answer about whether that was intentional.

Cape Cod Healthcare, the largest provider group in the region, reported just three new positive test cases on Wednesday, according to Harik, who also said that there are currently no patients hospitalized at Cape Cod Hospital or Falmouth Hospital with COVID-19.

Wendy Northcross, the CEO of the Cape Cod Chamber of Commerce, said business this summer, particularly retail, has taken a hit due to the pandemic, but it has not been as bad as once feared.

Northcross said hotel, motel and bead-and-breakfast room rates are down "only slightly," between 10 percent and 20 percent depending on the style of accommodation and she expects forthcoming data on short-term rentals to be even more positive.

"Overall, the numbers are down, but not as significantly as we had feared through July. Obviously August is a huge months and we are anxious to see the August number," Northcross said.

The new work-from-home culture has also meant people taking refuge on Cape Cod, officials said, with seasonal residents spending more time there and others moving in.

Business leaders, however, are trying to "maximize" the warm summer because they fear what could happen when the weather turns colder and rainy. Outdoor dining has proven to be "better than nothing," Northcross said, but indoor dining has not been popular with diners.

"We do anticipate there will be more pain to come," she said.