How Have Replacements for Departed Patriots Fared So Far?

Off to a 4-0 start for the fifth time under Tom Brady and Bill Belichick, it's hard to pinpoint many weaknesses on the Patriots roster.

Chalk Sunday's 16-10 win over Buffalo up as a horrid day for the offense, but an outlier that shouldn't become the norm.

The game still served as a reminder, however, that not all is perfect for New England despite its unblemished record. The Patriots lost several key pieces from their championship roster a season ago, and at the quarter pole of the 2019 season, it's clear that not every departure has been adequately replaced. 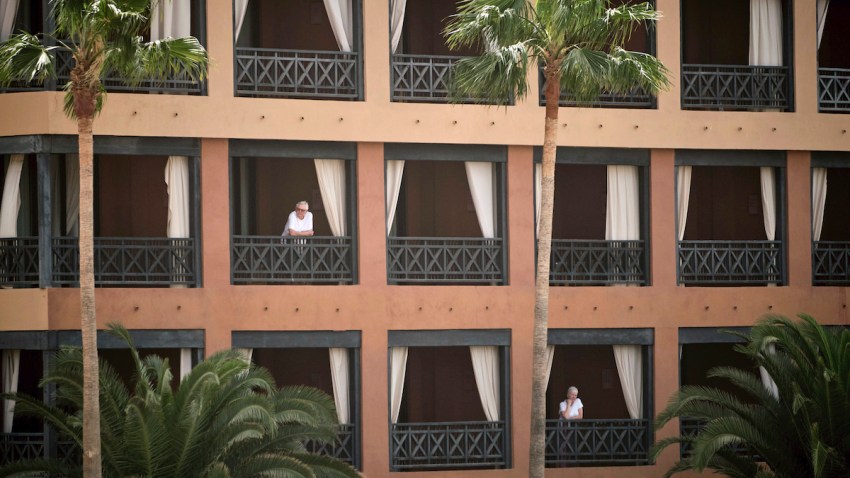 Here's a look at the most notable departures from the off-season, how they are settling into their new digs, and how their replacements are shaping up in Foxboro.

You knew there'd be a drop-off from the greatest tight end of all-time to whomever the Patriots tapped as his replacement.

The lack of contributions from the position group has been astounding, though. Izzo and LaCosse each have just two catches on the season, tied for 61st among NFL tight ends.

Izzo has played in all four games, appearing in 60% of New England's offensive snaps, but has garnered just three targets from Tom Brady. LaCosse, who's battled an ankle injury since the preseason, has appeared in only two games.

Neither Izzo nor LaCosse received a look from Brady on Sunday, which is noteworthy because Watson is eligible to return from suspension this week at Washington. What's the point of keeping three tight ends on the roster if the position is going to be neglected in the passing game? Izzo and LaCosse haven't established themselves as great blockers, either.

Watson has a proven track record as an NFL tight end, both in New England and elsewhere. His 2018 season with the Saints (35 catches, 400 yards, two touchdowns) really isn't that much of a downgrade from Gronk's swan song (47 catches, 682 yards, three touchdowns).

Never say never to a return from Gronk, who was drafted in 2010, in part to account for Watson's departure as a free agent from Foxboro. The team can't bank on that as an outcome at this point, meaning that Watson – who, at 38, is eight years older than Gronk – is potentially New England's last hope to salvage production from the tight end group this season.

Brown was never coming back to New England after the Raiders offered him the largest deal for an offensive lineman in NFL history, and the Patriots were likely fine with letting him walk given the presence of Wynn, a first-round draft choice in 2018, in the organization.

After missing his entire rookie season due to a torn Achilles, however, Wynn wound up right back on the shelf with a toe injury suffered in New England's Week 2 win in Miami. Enter Newhouse, now in his ninth season, who has played in ever offensive snap for the Patriots since Week 2 – a game he began at right tackle to accommodate for the absence of Marcus Cannon before sliding over.

Wynn wasn't charged with allowing any sacks of Tom Brady in his game and a half of action, and neither has Newhouse. Brown, who is playing right tackle in Oakland, has allowed Derek Carr to be sacked once while missing several snaps in three of four games thus far, in part due to knee and ankle injuries.

Letting Brown walk was the right decision in a vacuum, but it remains to be seen if Newhouse, who's started more than 14 games on the line only four times in his career, can hold up for the long haul. Wynn is eligible to return from injured reserve later after Week 10, and New England's upcoming opponent in Washington just so happens to have a disgruntled left tackle who wants to be traded. The tinkering here may not be done just yet.

Flowers never racked up big sack numbers in New England, with a career-best 7.5 in 2018, but he was as consistent and dependable as they make 'em in today's NFL. Flowers, who consistently graded out as one of the top edge defenders in the league in Foxboro, has one sack in four games for former Patriots defensive coordinator Matt Patricia and the Lions.

New England has mitigated the departure of Flowers by bringing in veteran Michael Bennett and rookie Chase Winovich, each of whom have had their moments in the early going for New England. Despite playing less than half of the team’s defensive snaps in three of four games to date, Winovich already has three sacks and four QB hits; in just eight snaps vs. the Bills in Week 4, Winovich recorded a sack and had another tackle for a loss.

Like Winovich, Bennett's playing time has steadily decreased each week since New England's opener against the Steelers. The 33-year-old brother of Marty Bennett played 24 snaps on Sunday vs. Buffalo, making use of his time with a tackle for a loss and a pass defended. He's got two sacks and three QB hits on the season overall.

With the Patriots unveiling more 3-4 looks this season, there's been constant juggling along the defensive line that's caused all sorts of shifting from players inside and out. Flowers surely could have made the transition, but New England is currently tops in the league in both total defense (243 yards per game) and scoring defense (6.8 points per game).

Bill Belichick has referred to punters such as Johnny Hekker as "weapons" in the past, and that's just what the Patriots have in Bailey. The rookie from Stanford has successfully pinned opponents inside the 20-yard line 10 times already, which is tied for fourth in the NFL. Five of Bailey's seven punts against the Jets in Week 3 landed inside the 20, enough to earn him AFC Special Teams Player of the Week honors.

It's rather amazing that Allen hasn't been scooped up by another NFL team yet, especially after his performance for the Patriots in Super Bowl LIII. New England is getting by just fine with Bailey though, who is under contract for three more years at a minimal cost.

Andrews is still an active part of the team on injured reserve, present in the locker room despite being out for the season due to the discovery of blood clots in his lungs.

Karras hasn't missed a snap yet for the Patriots and has seemingly gotten his shotgun snaps under control after floating them a bit in the season opener. The question remains whether or not Karras can hold up as a starter over 16 games, but so far, it's been mostly good for the four-year veteran.

Combined, Hogan (Panthers) and Patterson (Bears) have six catches for 36 yards over eight games with their new teams.

Gordon's return from suspension is off to a promising start, with 14 catches for 221 yards and a touchdown to date, but he's also been banged up a bit, appearing on New England's Wednesday injury report as limited with a knee injury.

Meyers has three catches for 60 yards in three games, his absence coming in Week 2 against the Dolphins due to the addition of Antonio Brown.

With Brown's meteor since crashed, Meyers has been active each of the last two weeks for the Patriots. But after playing in 48 snaps against the Jets, he saw the field for only four against the Bills.

There's no second thoughts on the decision to move on from Hogan and Patterson, though another body at receiver wouldn't be the worst thing in the world right now for the Patriots – especially given the situation at tight end.