Iranian state television said Sunday that Tehran had launched a solid-fueled rocket into space, drawing a rebuke from Washington ahead of the expected resumption of stalled talks over Tehran’s tattered nuclear deal with world powers.

It's unclear when or where the rocket was launched, but the announcement came after satellite photos showed preparations at Imam Khomeini Spaceport in Iran’s rural Semnan province, the site of Iran's frequent failed attempts to put a satellite into orbit. 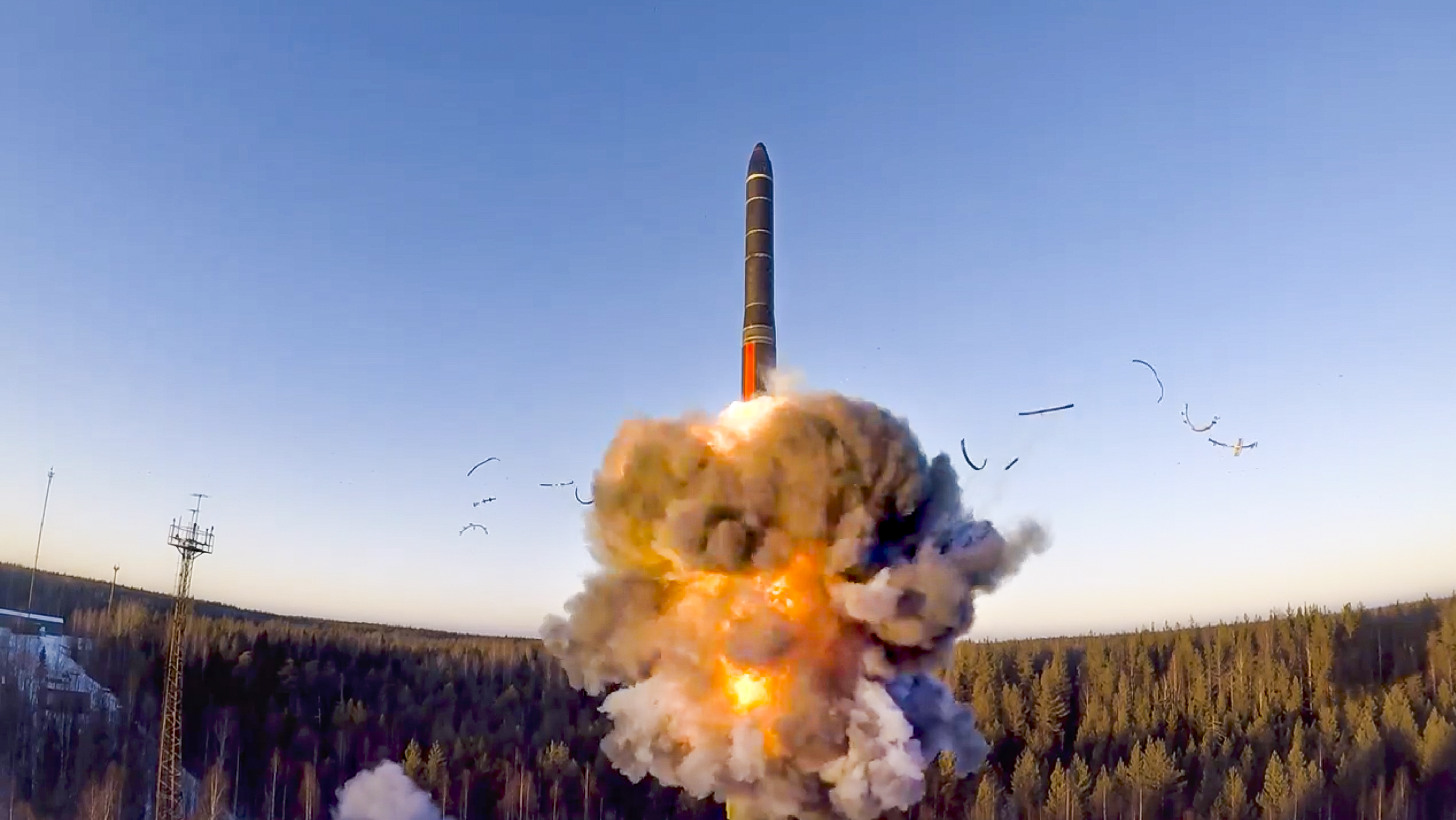 ‘Worrying Trend': Post-Cold War Drop in Nuclear Weapons Could Be Over 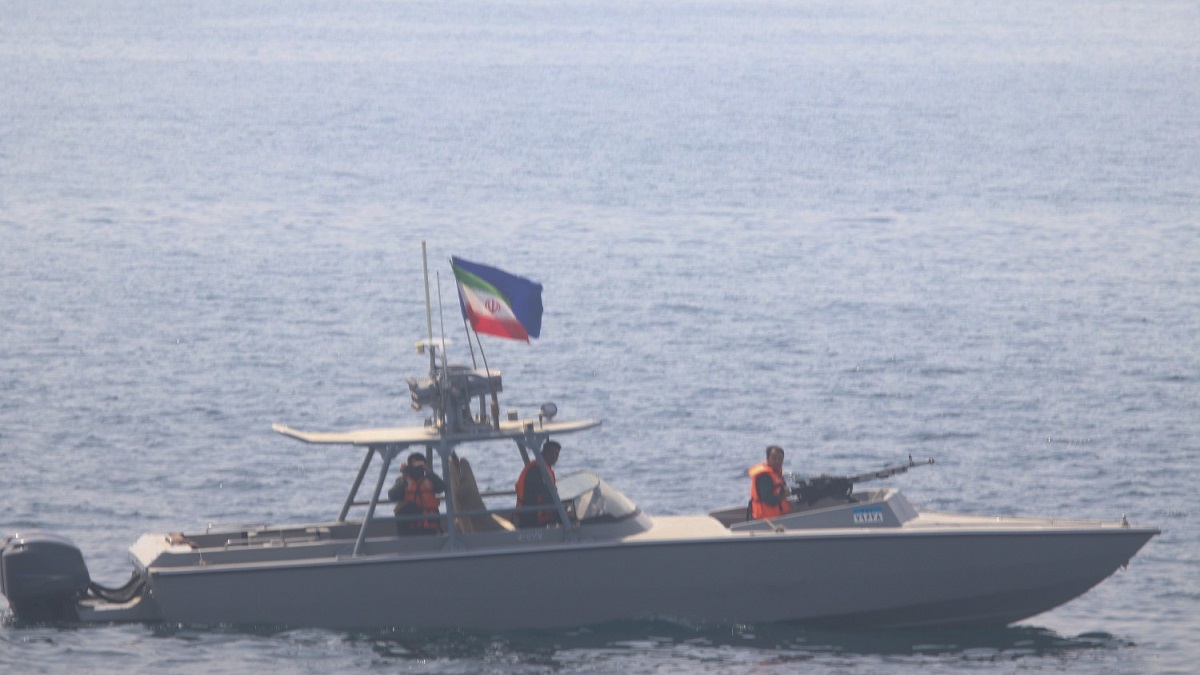 US Navy, Iran Have Tense Encounter in Strait of Hormuz

State-run media aired dramatic footage of the blastoff against the backdrop of heightened tensions over Tehran's nuclear program, which is racing ahead under decreasing international oversight.

Iran had previously acknowledged that it planned more tests for the satellite-carrying rocket, which it first launched in February of last year.

Ahmad Hosseini, spokesman for Iran's Defense Ministry, said Zuljanah, a 25.5 meter-long rocket, was capable of carrying a satellite of 220 kilograms (485 pounds) that would ultimately gather data in low-earth orbit and promote Iran's space industry. Zuljanah is named for the horse of Imam Hussein, the grandson of the Prophet Muhammad.

The White House said it was aware of Iran’s announcement and criticized the move as “unhelpful and destabilizing.”

The launch comes just a day after the European Union’s foreign policy chief, Josep Borrell, traveled to Tehran in a push to resuscitate negotiations over Iran’s nuclear program that have stalemated for months. A few significant sticking points remain, including Tehran's demand that Washington lift terrorism sanctions on its paramilitary Revolutionary Guard.

Borrell said on Saturday that talks over the nuclear deal would resume in an unnamed Persian Gulf country in the coming days, with Iranian media reporting that Qatar would likely host the negotiations.

Former President Donald Trump withdrew the U.S. from the nuclear deal in 2018 and reimposed crushing sanctions on Iran. Tehran responded by greatly ramping up its nuclear work and now enriches uranium closer than ever to weapons-grade levels.

In a further escalation that limits the international community's view into its nuclear program, Iran removed over two dozen International Atomic Energy Agency cameras from its nuclear sites this month. The agency's director called the move a “fatal blow” to the tattered nuclear deal.

Tehran's rocket launches have raised alarm in Washington amid the unraveling of the nuclear deal. The U.S. warns the launches defy a United Nations Security Council resolution calling on Iran to steer clear of any activity related to ballistic missiles capable of delivering nuclear weapons.

The White House on Sunday said it was committed to using sanctions and other measures to prevent further advances in Iran’s ballistic missile program.

The U.S. intelligence community’s 2022 threat assessment, published in March, claims such a satellite launch vehicle “shortens the timeline” to an intercontinental ballistic missile for Iran as it uses “similar technologies.”

Iran, which long has said it does not seek nuclear weapons, maintains its satellite launches and rocket tests do not have a military component.

Even as Iran's government has sharpened its focus on space, sending several short-lived satellites into orbit and in 2013 launching a monkey into space, the program has seen recent troubles. There have been five failed launches in a row for the Simorgh program, a type of satellite-carrying rocket. A fire at the Imam Khomeini Spaceport in February 2019 also killed three researchers.

The launch pad used in the preparations for the launch of the Zuljanah rocket remains scarred from an explosion in August 2019 that even drew the attention of then-President Trump. He later tweeted what appeared to be a classified surveillance image of the launch failure. Satellite images from February suggested a failed Zuljanah launch earlier this year, though Iran did not acknowledge it.

Meanwhile, Iran’s paramilitary Revolutionary Guard in April 2020 revealed its own secret space program by successfully launching a satellite into orbit. The Guard operates its own military infrastructure parallel to Iran’s regular armed forces.