Jake's Mice: Searching for Answers to the Puzzle of Autism

Autism affects one in 44 U.S. kids

Jake Litvag leaned in for a closer look as a lab mouse scurried around an enclosure, stopping to sniff a large block.

“Hi, Jakob 1. I’m Jake,” the 16-year-old said, naming the little furry creature engineered to have the same genetic abnormality he has.

That mouse and its lab-grown relatives are the first in the world to mirror the missing gene that causes Jake’s autism. Scientists at Washington University in St. Louis bred the mice, and grew stem cells derived from Jake’s blood, to study and find ways to treat his rare disorder – and look for answers to the larger puzzle of autism. 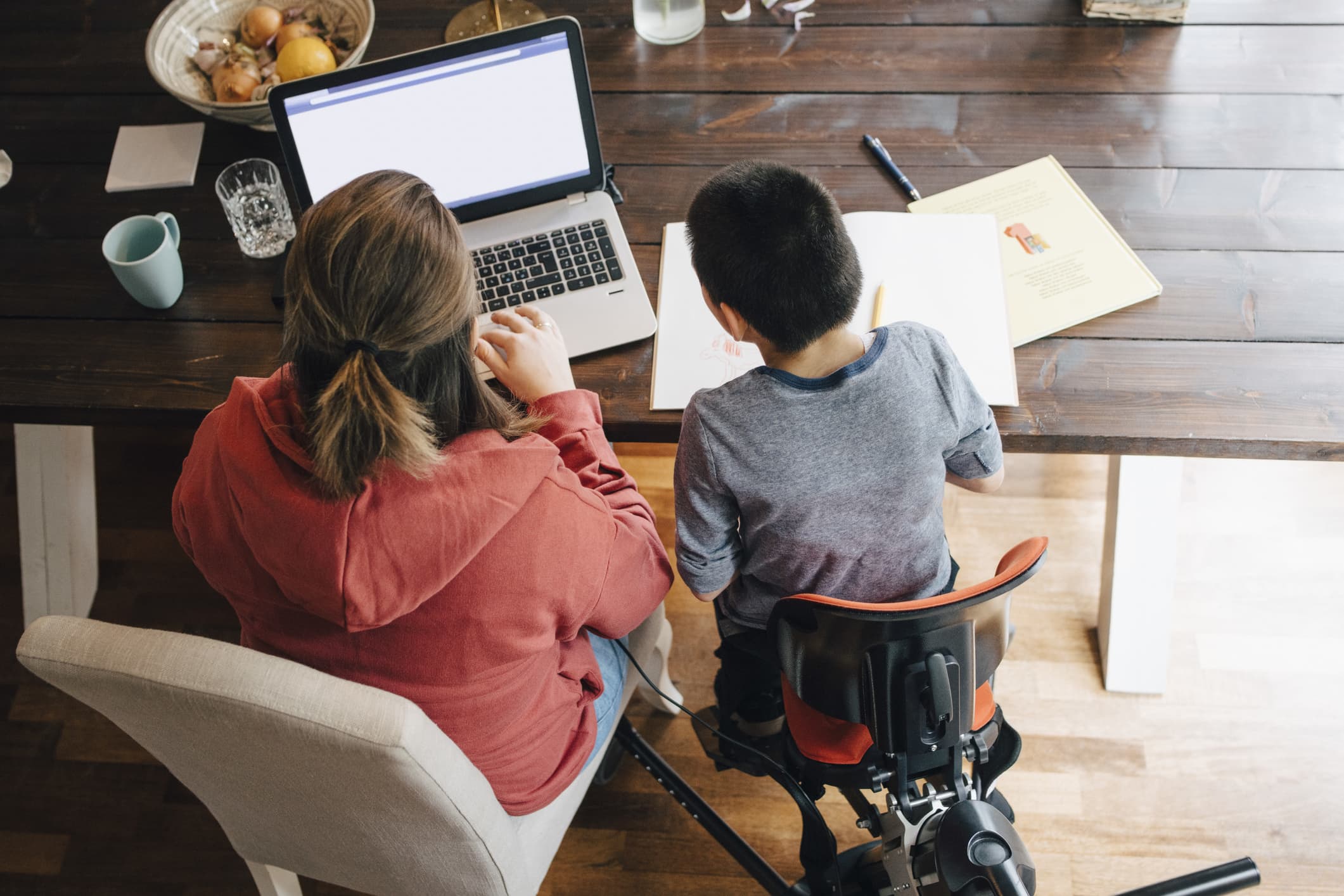 If You Have a Child With Special Needs, Here's How to Plan for Their Life After You Pass 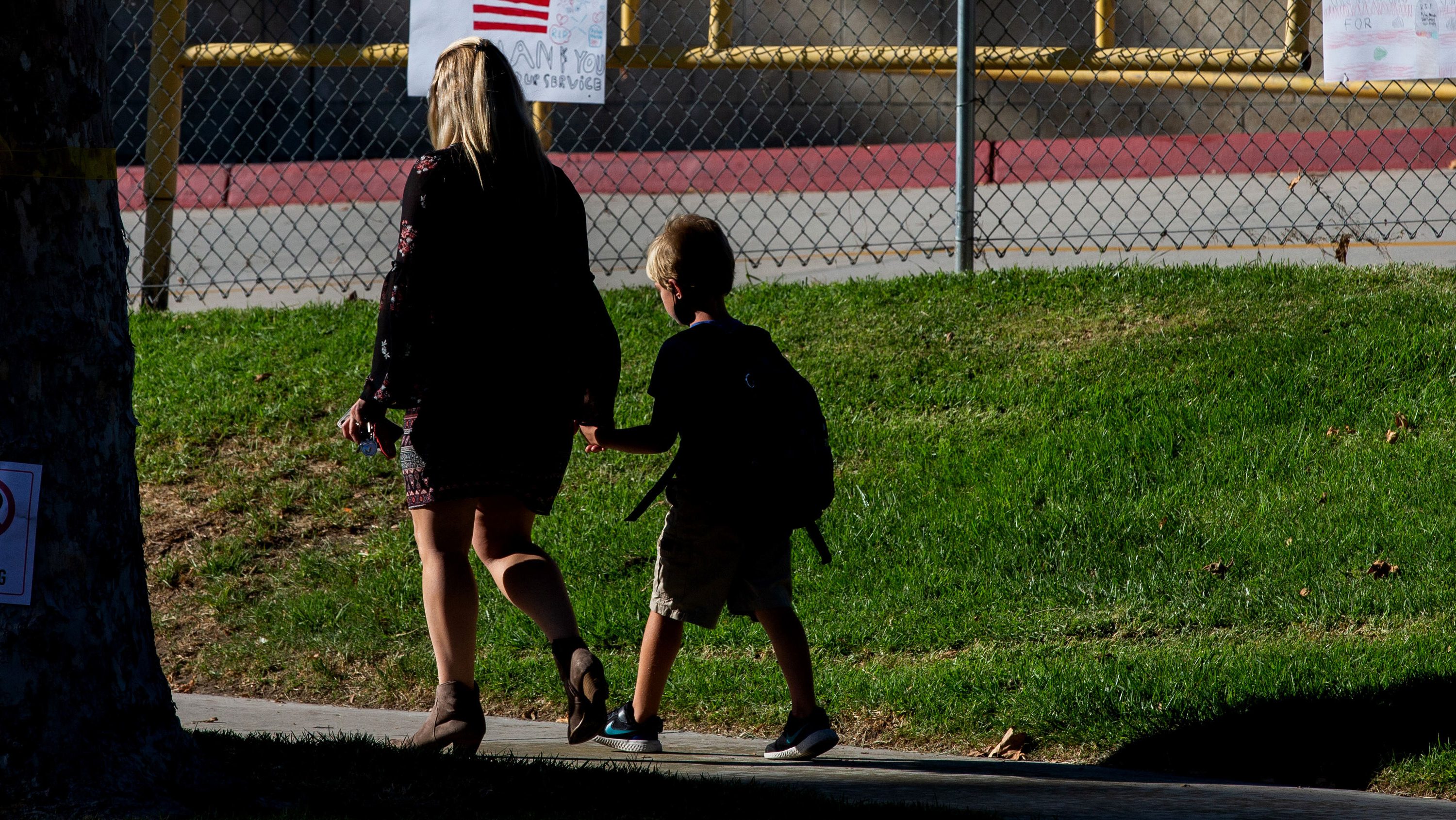 New Data Suggests 1 in 44 US Children Affected by Autism

Jake’s family raised money for the early research, which scientists then parlayed into a $4 million grant from the National Institutes of Health to delve more deeply into Jake’s gene, one of more than 100 implicated in autism. They hope to find “points of convergence” that could someday help people with all forms of the neurodevelopmental condition affecting one in 44 U.S. children.

Jake knows he inspired their work. And that’s helped him see autism as something to be proud of rather than something that makes him different from other kids. His parents, Joe and Lisa Litvag, figured meeting the scientists – and the mice – would show him firsthand what he had brought into being.

“Oh wow. Cool!” Jake said as he watched a mouse climb down a pole while others scampered in a bin.

Walking out of the lab, tears welled up in Lisa Litvag's eyes as she thought about the language within her son’s cells helping other kids.

“We’re deeply proud and humbled to be part of this,” said Joe Litvag. “What do we live this life for? It’s ultimately to try to, in one way, shape or form, be of service to others.”

The Litvags realized early on that Jake wasn’t reaching childhood milestones. He couldn’t walk without assistance until he was 4. He struggled to string sentences together in first grade.

At first, no one could pin down why. Jake had a mix of different traits. He was hyperactive and impulsive but also social, warm and funny. It took until he was 5 to get a firm diagnosis of autism.

Around that time, the Litvags heard that child psychiatrist Dr. John Constantino, an expert on the genetic underpinnings of autism, was giving a talk at the Saint Louis Science Center. They decided to go in the hopes of meeting him. They did, and he began seeing Jake as a patient.

About five years later, Constantino proposed genetic testing. It revealed the missing copy of the MYT1L gene believed to cause one out of every 10,000 to 50,000 autism cases. Having an extra copy can cause schizophrenia.

The finding brought the family peace. They’d heard lots of people say autism was mostly caused by external factors, like birth trauma. “For a long time,” Lisa Litvag said, “I thought it was something that I did.”

Actually, a large multinational study suggests that up to 80% of the risk for autism can be traced to inherited genes.

“One of the big things it did for us as a family is it made us realize that it’s nothing that we did wrong,” Joe Litvag said. “It’s just that people are born all the time” with genetic differences.

The couple, whose younger son Jordan doesn’t have the condition, talked openly with Jake about his autism and tried to bolster his self-esteem when he worried about being seen as different. They sent him to a small private school that tailors its curriculum to each child’s learning abilities. And they encouraged his social tendencies, cheering him on when he and some classmates formed a band, the Snakes.

“We never wanted him to feel there was shame around his diagnosis,” Lisa Litvag said. “We continued to kind of reinforce that this is a superpower, you are special, you are awesome … and because you have autism, there are gifts you have to give other people.”

In one art therapy session, Led Bradshaw asked his autistic son Jake to draw himself as a superhero. The drawings inspired the central character and other heroes comic "Jake Jetpulse."

When Constantino suggested studying the little-understood MYT1L gene, the Litvags enthusiastically agreed to help. Constantino – who is on the local board of a group they’ve long been active in called Autism Speaks – asked if they’d be interested in raising money for early research.

Joe Litvag, an executive in the live music industry, and Lisa Litvag, a partner in a marketing firm, reached out to family and friends and raised the $70,000 needed in about six months.

With half the money, researcher Kristen Kroll and her team reprogrammed cells from Jake’s blood into “induced pluripotent stem cells,” which can be prodded into becoming various cell types. With the other half, scientist Joseph Dougherty and his team followed the blueprint of Jake’s genome and induced his mutation in mice using the gene-editing tool CRISPR.

Like the people they’re meant to model, mice with the mutation tended to be more hyperactive than siblings without it, running around their cages much more. They were nonetheless generally heavier, especially the first generation of mice. They had slightly smaller brains and a little less of the white matter that speeds communication between different brain regions.

Since starting the research about three years ago, scientists have bred around 100 mice with Jake’s mutation and are now using the great-great grandchildren of the first one they engineered. They recently published about the mice in the journal Neuron.

While scientists can't go back and see how Jake's brain developed, Dougherty said, mice allow them to watch the mutation play out through generations.

Soap Hope near Dallas, Texas employs people with disabilities to work in the store selling natural soaps. Store owners say it's important to welcome all employees and give them an opportunity to shine - plus, profits go toward My Possibilities, an adult education program for people with autism, Down syndrome and other diagnoses.

A GIFT IN RETURN

Dougherty and his colleagues hope what they learn about how MYT1L functions ultimately leads to medicines or gene therapies that improve or even correct the problems the mutation causes.

They are sharing their findings with scientists studying other autism-causing genes or trying to figure out how various genes work together to cause the condition. According to the Simons Foundation Autism Research Initiative, more than 100 genes have strong evidence linking them to autism and a growing list contains several hundred more genes thought to be linked to the condition.

In cases where autism is caused by a single gene, Dougherty said that gene probably does many things to brain development. A key to understanding autism overall is to find one or two things shared across different forms of autism -– which could then be targets for treatment. Though not everyone with autism wants treatment, Dougherty said it could help those who do.

Since the research began, Dougherty has been writing notes to the Litvags explaining the latest discoveries. But as a lab scientist, he’s mostly removed from the people sparking the research and first met the family when they were invited by the school to visit in December.

After meeting the mice, they stopped into another lab, where Jake peered through a microscope at his blue-stained stem cells.

“That’s me! That’s cool stuff. I never saw anything like that in my life,” he said, stepping back to lean into his dad, who pulled him close.

Dougherty used the visit as an opportunity to share some news, a gift of sorts that he wanted to tell the family in person.

The missing gene doesn't seem to shorten life. The mice live 2 to 3 years, the same as their siblings.

“Yes,” Dougherty answered. “As far as we can tell, identical. I know that’s a big relief, too.”