A man has apparently come between Jay-Z and Kanye West: President Donald Trump.

It appeared Jay-Z took aim at the rapper in his verse on "What's Free," a collaboration with Meek Mill and Rick Ross. The song, which appears on Meek Mill's new album Championships, is a spin on Notorious B.I.G.'s 1997 classic "What's Beef."

Apparebtly mocking West for his support of Trump and for wearing "Make America Great Again" hats, Jay-Z rapped, "No red hat, don't Michael and Prince me and Ye / They separate you when you got Michael and Prince's DNA, uh / I ain't one of these house n---as you bought / My house like a resort, my house bigger than yours." 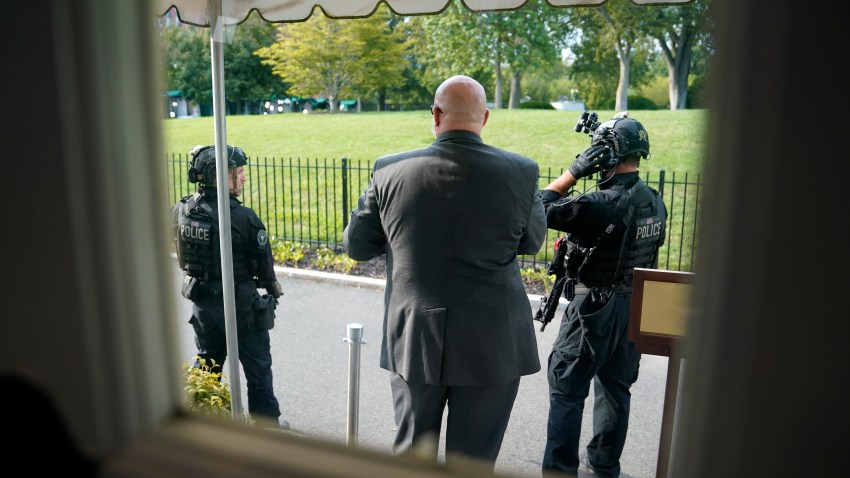 Jay-Z then seemingly compared West's wife, Kim Kardashian, to his own wife, Beyonce.

Or... did he? On Friday Jay-Z, who hasn't tweeted from his official Twitter account since 2017, took to social media to clarify his lyrics.

Jay-Z and West's relationship has been tumultuous for a while.

In an interview with David Letterman that aired in April, Jay-Z admitted they were taking a break from each other. "That's my brother. We're beyond friends. Really, like literally, my little brother is Kanye, and like your little brother, things happen sometimes...Do you have siblings? You guys ever have a falling out? It's like that. That's your sibling forever. We don't come from the same mom and dad, but I watched Kanye without an album. The thing I respect about him is he is the same person who interrupted our studio session, stood on the table and started rapping. We were like, 'Could you please get down?' He was like, 'No! I am the savior of Chicago!' He didn't even have a record."

Two months ago, West posted a picture of Jay-Z and Beyonce on Instagram, calling them "famleeeeee." Fans took it as a sign that things were better between the "Holy Grail" rappers--but that was before West flew to Washington, D.C., for a meeting in the Oval Office with Trump.

In the days leading up to his album's release, Meek Mill reiterated his criticism of West's allegiance to Trump and said he'd advised him to skip that very meeting. "It was a mockery, really," he told Vulture. "I don't think [West] addressed anything that had to do with what was tough on justice reform. He wasn't prepared for it, and he shouldn't have done it."

"I had phone calls with Kanye for hours. He was trying to get me to go to things like that," Meek Mill added. His talks with Kardashian were more promising--"she knew a lot more information than I thought she would know"--but led to nowhere. "I just couldn't reason with them."