Human Remains of Missing Man Found in ‘Common Grave,' Other Remains Not Yet Identified During Search at Bucks County, Pennsylvania Farm

One set of remains found in the 12-1/2 foot grave was identified as 19-year-old Dean Finocchiaro, of Middletown Township

UPDATE: Cosmo DiNardo confessed Thursday to participating in the killing of the four men, his attorney tells NBC10.

The discovery at the farmstead estate in the rolling, lush hills above New Hope marked a grim turn in the intense search for four men who disappeared late last week. 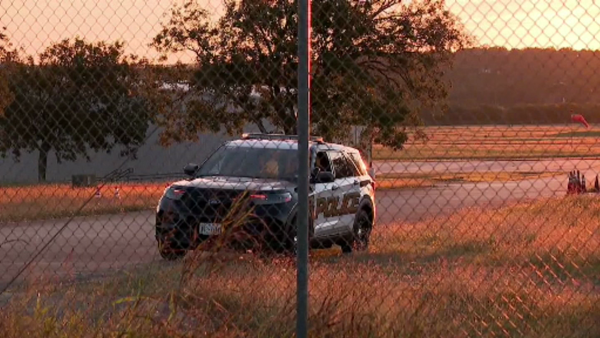 Weintraub said there were other human remains buried in the 12-1/2 foot deep "common grave" on the vast 90-acre Solebury Township farm, but that investigators are still working to distinguish identities.

"A hole that's getting deeper by the minute," Weintraub said Thursday morning.

Weintraub also revealed that Finocchiaro's death was ruled a homicide, though he did not reveal an exact cause.

"This is a homicide, make no mistake about it," Weintraub announced shortly after midnight during a news conference attended by a throng of media and residents, as well as friends of the missing men. "We just don't know how many homicides. We are yet to know the answer to that question."

Meo's grandfather, Chuck Meo, told an NBC News producer that crews found the remains under a blue tarp after lifting a propane tank out. Weintraub didn't reveal what else was found in the large hole.

The sprawling property, which is bordered by three roads, is about three miles west of the trendy borough on the Delaware River, in a secluded part of the county where hidden mansions are marked by names like Idlewild and Mountaintop.

The property consists of three separate parcels that Antonio and Sandra DiNardo, of Bensalem, purchased between 2005 and 2008 for a combined nearly $6.5 million.

The DiNardos' son, Cosmo, 20, is being held on $5 million bail for allegedly trying to sell a car belonging to one of the missing men.

Cosmo DiNardo was named a person of interest in the case on Tuesday.

DiNardo was arrested Wednesday after investigators determined he tried to sell Meo's 1996 Nissan Maxima to a friend after his disappearance. He has not been charged, however, in Finocchiaro's death. DiNardo is being held in the Bucks County jail on $5 million cash bail.

According to an affidavit obtained by NBC10, DiNardo was accused of possessing a 20-gauge shotgun and ammunition in February despite being barred from owning a firearm due to a history of mental illness that included an involuntary commitment. A district judge dismissed the charge in May, but the district attorney authorized for it to be refiled on Monday.

A family lawyer released a statement Wednesday, before the human remains were discovered, on behalf of DiNardo's parents.

"As parents, Mr. and Mrs. DiNardo sympathize with the parents and families of the missing young men and they are cooperating in every way possible with the investigation being conducted by law enforcement," the family attorney wrote.

High-powered attorney Fortunato Perri Jr., who has represented several local celebrities including Philadelphia hip-hop artist Beanie Sigel, was hired to represent DiNardo in court. Perri had no comment to reporters as he arrived at court Thursday morning with DiNardo's parents. Perri doesn't represent the parents, only Cosmo DiNardo.

DiNardo and the missing men all appeared to know one another, prosecutors said.

According to Sturgis' father, Mark Potash, Sturgis and Meo are longtime friends who work in construction for him. Finocchiaro was a mutual friend of theirs, Potash said. Investigators began looking at DiNardo after they received tips indicating he was seen with the men shortly before they went missing.

Patrick went missing on Wednesday, July 5 and has not contacted family or friends since, police said. Finocchiaro was last seen alive Friday around 6:30 p.m. getting into a vehicle.

According to a newly obtained criminal complaint, Meo's mother reported him missing Saturday. Meo's girlfriend said she last texted him Friday at 6:53 p.m. and didn't hear from him after. Meo is an insulin-dependent diabetic.

Sturgis, who was last seen leaving his home on Walt Road in Pennsburg around 6 p.m. Friday, told his father he was going to meet with Meo in Doylestown.

On Sunday at 2:10 a.m., Sturgis' vehicle was found in the area of Peddler's Village in Buckingham Township about two miles away from a DiNardo estate.

Unlike neighboring estates, the DiNardo property has no name markers at the main entrance on Lower York Road. Only a broken mailbox, with fading numbers, marks the driveway. On the other side of the property, along Aquetong Road, a small and crumbling white house stands near the road.

A marked police cruiser held guard over that location Thursday, idling in front of a decrepit garage several yards from the house. The car of Thomas Meo was found inside the still open structure less than two hours after Sturgis' car.

Detectives say they found Meo's car keys hanging up on the wall of the garage. They also found Meo's diabetic supplies inside the vehicle.

On Sunday at 4:30 p.m., Bucks County detectives interviewed DiNardo's friend, whose identity police are withholding. The friend told police DiNardo had called him Saturday at 5 p.m. The two then met on Bristol and Galloway roads in Bensalem where DiNardo allegedly offered to sell Meo's Nissan Maxima to him for $500, the criminal complaint reads.

The location where both vehicles were captured is within two miles away of the DiNardo home and less than one mile away from where Sturgis' vehicle was found.

Based on the information, investigators say they had probable cause that DiNardo did "unlawfully take and retain control" of Meo's vehicle.

Susan Coleman, a woman who lives near the farm, told NBC10's Deanna Durante that she heard gunshots from around the property on Saturday — hours after Meo and others were last seen.

"We heard a series of blasts, they were loud," Coleman said.

Coleman said she was sitting outside with her husband when she heard the gunfire but at first didn't think much of it since people go hunting in the area. But, she decided to talk to investigators after hearing what sounded like more gunshots then yelling and commotion.

Family members kept vigil Wednesday though some relatives of one of the victims were seen fighting amongst each other in the early evening.

Weintraub said he notified Finocchiaro's family about the discovery of their son's remains shortly before he made the public announcement.

About 50 students, faculty and staff also gathered at a chapel at Loyola University in Maryland where Patrick was a rising sophomore to pray for him and the three other men. Director of Campus Ministry Sean Bray told the Baltimore Sun the group wanted to honor the request of Patrick's grandmother to "storm heaven with our prayers for Jimi's safe return."

Patrick, who graduated from Holy Ghost Preparatory School in Bensalem, was on the Dean's List at Loyola, his grandparent Sharon and Rich Patrick said in a prepared statement supplied to reporters.

Officials continue to work to identify the other human remains that were found Wednesday night. The investigation is ongoing.

"We're going to remain strong," Weintraub said after announcing Finocchiaro's death. "We're going to see this investigation to the end and we're going to bring each and every one of these lost boys home to their families, one way or another. And we will not rest until we do that."

This story is developing. Check back for updates.