Massachusetts Gov. Charlie Baker on Wednesday urged residents to practice social distancing over the Fourth of July weekend, saying people should continue to take the coronavirus pandemic seriously to prevent a resurgence of cases.

"We have a big weekend coming up, it's the Fourth of July, and I really hope people continue to take things seriously," Baker said during a press conference at the Greater Boston YMCA.

"There are no victory laps from COVID... It's not going to take the summer off," he said, urging people to continue wearing masks and practicing social distancing and hygiene.

Boston Mayor Marty Walsh echoed Baker's message during an interview Wednesday afternoon on CNN. He called for people to have small family gatherings over the holiday weekend rather than have big cookouts.

"Why would we want to risk all of what we are doing here and potentially have to shut down the economy again by people being irresponsible in some cases for their own health?" Walsh said.

Their remarks come as officials across Massachusetts seek to preserve the gains made in the state's fight against the coronavirus as cases spike in other parts of the country.

The governor said key metrics in the state's efforts to contain the virus were continuing to trend downward. The state on Tuesday reported no new coronavirus deaths, the first time that's happened in months.

"The continued fight against the virus depends almost completely and exclusively on all of us maintaining our vigilance and continuing to do the things that have made such a big difference in Massachusetts."

Elsewhere, however, the cases have spiked. Numerous states have moved to roll back some of their reopening measures, including Arizona, Texas, Florida, Virginia and California, which have have taken steps to re-close beaches and bars.

Massachusetts is in the second step of Phase 2 of the state's 4-phased reopening plan. It allows indoor dining to begin, increases capacity at offices from 25% to 50% and allows retailers to open fitting rooms, though by appointment only.

The governor said he hoped "to announce next steps associated reopening soon."

Meanwhile, Baker highlighted during the press conference efforts by the organizations in private and public sectors to help deliver food to those in need.

Baker said a partnership among the city of Boston, the YMCA, Greater Boston Food Bank and MBTA had delivered thousands of bags of groceries to those in need around the city.

To date, some 8,000 food deliveries have been made by drivers of the RIDE, the MBTA's door-to-door, shared-ride service, including 12,000 bags of groceries and 60,000 school meals.

The remarks come as the administration launches initiatives aimed at assisting those hit hard by the pandemic and bolstering the economy.

Also Wednesday, the state will begin accepting applications Wednesday for a new $20 million fund that aims to help people behind on their rent or mortgage payments amid the coronavirus crisis.

Lt. Gov. Karyn Polito announced the Emergency Rental and Mortgage Assistance program (ERMA) Tuesday, saying it will provide direct funding to eligible households who have suffered financial hardship during the state of emergency put in place during the pandemic.

The program uses a mix of the CARES Act and other federal funds to give low-income families up to $4,000 per household. The new funding will serve twice as many households as the traditional Residential Assistance for Families in Transition program (RAFT) by expanding the eligibility to families who would otherwise not qualify.

Dr. Robbie Goldstein, an infectious disease doctor at Massachusetts General Hospital, said that children are less likely to be infected by coronavirus and masks are effective in preventing the spread when schools reopen this fall.

The spending plan is an update to economic development legislation filed in March and includes a targeted package of investments across housing, community development and business competitiveness, issues brought to the forefront by the COVID-19 pandemic.

The package would amend the scope of several proposed programs to target funding to specific communities including those hardest hit by COVID-19, reallocate funding to better address the economic impacts of the pandemic and establish new tools to promote equity and drive economic growth.

It also calls for more funding to invest in blighted and distressed homes, for small business grants and to advance new housing production in Massachusetts.

In a bid to to provide a lift to the economy, Baker announced Tuesday visitors from seven nearby states would be exempt from a 14-day quarantine advisory upon arriving the state.

An 81-year-old pizza shop owner is recovering after allegedly being attacked by a man who refused to wear a mask in his restaurant.

In a news conference, Baker said he was able to lift the guidelines for travelers from Maine, Vermont, New Hampshire, Rhode Island, Connecticut, New York and New Jersey starting Wednesday due to a "significant decline in cases and new hospitalizations" in those places.

"We believe this change reflects the facts in the ground, and is consistent with the Commonwealth's approach to COVID-19," he said.

"Our hope is that many folks will still be able to visit their favorite places in our great state," he said, acknowledging that the summer would continue to be difficult for residents and businesses.

Visitors from outside the neighboring seven states should still comply with the 14-day quarantine, a guideline that his been in place for nearly two months. This does not apply to workers deemed essential coming into the state for work purposes, Baker said. 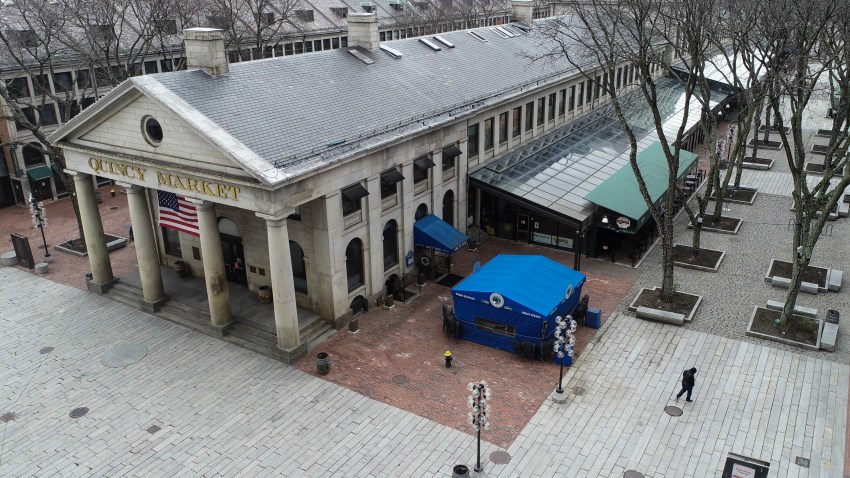 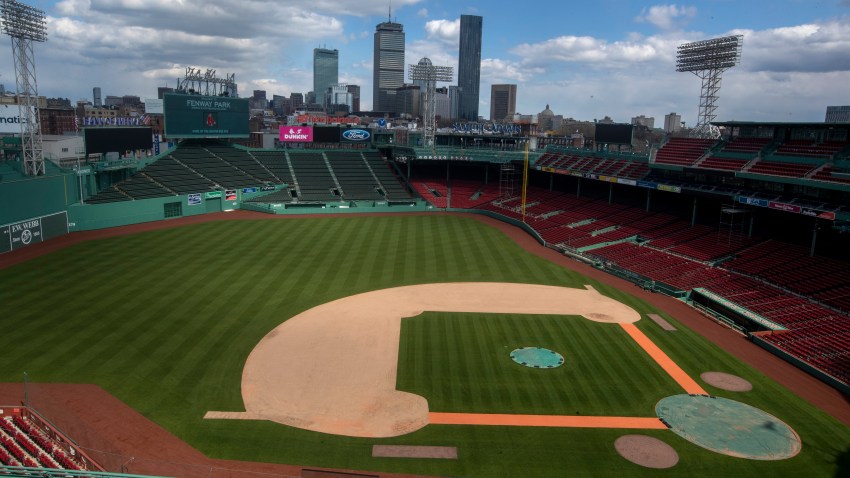 Baker said anyone with symptoms of the coronavirus is urged not to enter the state.

At the same time, the state's official coronavirus death toll dropped by just over 40 people as part of a data clean-up of duplicate reports, the officials said.

The state Department of Public Health reported no new coronavirus deaths on Tuesday in its daily COVID-19 report and cited "ongoing data cleaning which identifies and removes duplicate reports" for the number of deaths decreasing in the day's report.

A representative for the department explained that the lack of new deaths reported Tuesday was not connected to the data cleanup.

Massachusetts' death toll was lowered to 8,054, down 41 from where it stood in Monday's report. The department identified 114 new cases, bringing the total number of cases in the state to 108,882.