Massachusetts Red Zone Towns Up 40%: Inside the Numbers

The number of cities and towns that meet the Department of Public Health's criteria for the red high-risk category increased 40% from last week, has now climbed for four consecutive weeks and has more than doubled in two weeks.

There are now 77 Massachusetts communities "in the red," meaning the state considers them to have the highest risk of COVID-19 transmission as the race between the ongoing vaccination push and the spread of coronavirus mutants intensifies.

Still, the red community designations remain well below the January peak when almost two-thirds of the 351 cities and towns in Massachusetts were considered high-risk.

In DPH's report that looked at data from March 21 through April 3, 226 communities saw their average daily incidence rates increase or remain flat and 126 saw a decline in the average incidence of COVID-19 cases. In terms of positivity percentage, 238 cities and towns saw an increase or no change and 114 watched their positive test rates go down.

There are now 77 Massachusetts cities and towns at the highest risk level for coronavirus.

There were also 154 communities in DPH's moderate-risk yellow category this week, 23 in the green category and 97 cities and towns that did not record enough cases to warrant a categorization. 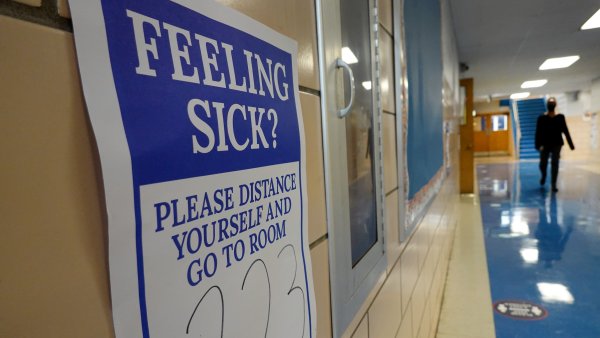