Mayor-elect Michelle Wu has announced the appointment of a new cabinet-level senior advisor to lead Boston's response to the public health crisis in the area known as Mass. and Cass.

The mayor-elect announced her first three cabinet appointments Wednesday, including a new senior advisor to lead the city's response to "urgent public health and housing challenges," including the ongoing public health emergency at Mass. and Cass.

Wu said Dr. Monica Bharel, former commissioner of the Massachusetts Department of Public Health, will be appointed to the cabinet-level senior advisor role to take charge of the city's efforts over the next six months to address the intersecting crises of substance abuse disorder, mental health, public safety and homelessness.

She also announced that Dr. Bisola Ojikutu, executive director of the Boston Public Health Commission, will be elevated to her cabinet, expanding her role leading the city's broader public health efforts, including the response to the COVID-19 pandemic, with Chief Marty Martinez of the Mayor's Office of Health and Human Services supporting the transition as a senior advisor.

Sheila A. Dillon, the city's current Chief of Housing and Director of the Department of Neighborhood Development, will also be reappointed, Wu said.

"The humanitarian crisis at Mass and Cass demands urgent, bold solutions that create genuine pathways to recovery and stability for our most vulnerable residents –– and we need the right team to get it done," the mayor-elect said. "Dr. Bharel, Dr. Ojikutu, and Chief Dillon have dedicated their careers to serving the public and each brings a track record of results. This is the team that we need for Boston as we prioritize public health and housing and center the safety and dignity of all those struggling with substance use disorder, mental health, and housing instability."

People living at the intersection of Massachusetts Avenue and Melnea Cass Boulevard were ordered to clear out by Nov. 1, with city workers tearing down tents following the 6 a.m. deadline for residents to leave.

The homeless encampment has grown over the last several months, and the city has said it is unsanitary and dangerous. But officials also promised that people wouldn't be kicked out before being offered support at least twice.

On Oct. 19, outgoing Mayor Kim Janey declared the rampant drug use and homelessness in the area a public health crisis and vowed to remove the tents scattered along the sidewalks near the intersection.

Then two weeks ago, the city said it was stepping up enforcement of its recent push to clear the area. Information posted on the city's website explained the steps that were being taken, including the notification of residents of shelter and services.

The ACLU of Massachusetts filed a lawsuit against the City of Boston last week to protect "the legal rights and safety" of those being evicted from Mass. and Cass. A hearing in that lawsuit was held Tuesday, but no resolution was reached. 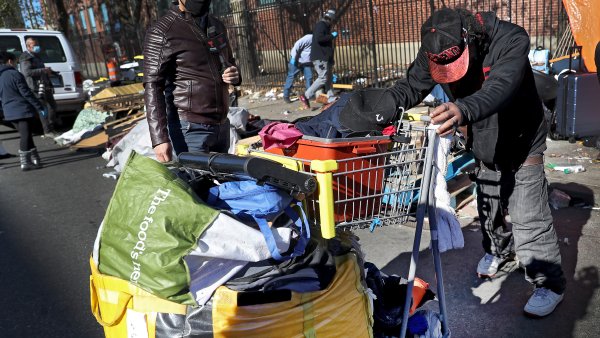 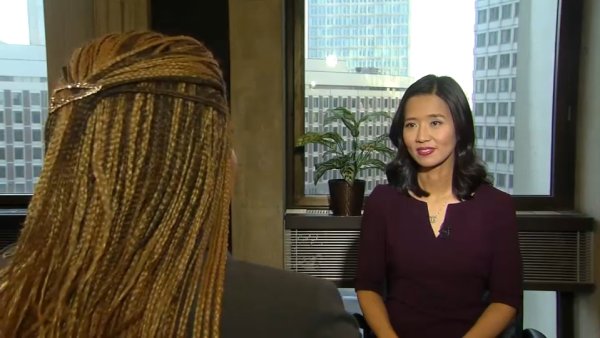 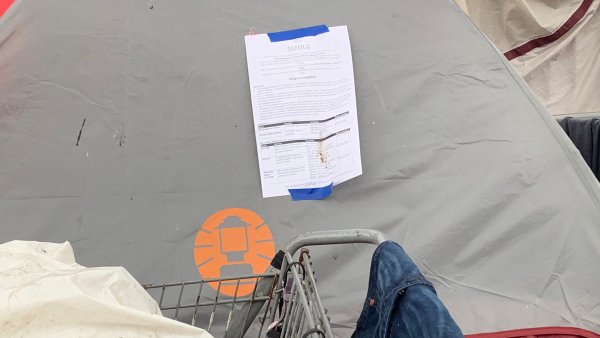