The city's new top cop, Michael Cox, is a Roxbury native who most recently served as police chief in Ann Arbor, Michigan

Wu announced Cox as Boston's new police commissioner last month. He most recently served as the police chief in Ann Arbor, Michigan, but is a longtime veteran of the Boston Police Department.

Wu said during Monday's ceremony that she first met Cox years ago during her first run for office, an encounter she hardly recalls. But her second meeting with him during the interview process for the police commissioner's job left an indelible impression.

"Immediately I had a feeling settle in my chest that we might have done the impossible," she said, "because I had been told it would be impossible to find someone who could embody all the qualities that Boston was looking for in our police commissioner in this moment. I had been told it was too long a list we had assembled... But at the end of the day, Michael Cox is used to proving that more is possible."

"Commissioner Cox is well familiar with that sense of possibility, sometimes against all odds," Wu added. "He raised his family in this great city where he grew up, he is full of love for this community, and I am proud that today a boy from Roxbury is going to serve as the commissioner for the Boston Police Department."

Cox, 57, is a Boston native, and served multiple roles with the Boston Police Department between 1989 and when he left for Ann Arbor in 2019.

"To come home and be able to lead this department, in this city, to come to a place where I grew up, where I was raised, where I was an officer and where I raised my family is an incredible opportunity," Cox said Monday. "And with all great opportunities comes great responsibility. I look forward to making sure I live up to that responsibility."

The new police commissioner has pledged to bring a community-focused approach to the job. He has also promised to work to diversify the police department -- which critics have long complained doesn't look enough like the city it serves -- and make sure officers feel supported in their job to protect the community.

"We have to reimagine how we do that in the world we live in today," Cox said. "We have to engage with the community. If we want to meet the moment, we need to come together to successfully change how we police."

"The department has from time to time failed," he noted. "It has stumbled and fallen occasionally, throughout history. The department has gotten up and tried to find a path forward... We are at a different time right now, and I am quite confident we will meet the challenge ahead of us."

Cox, who is Black, spoke specifically of an incident that occurred in January of 1995. While working undercover in plainclothes some of his fellow officers mistook him for a suspect in a fatal shooting and severely beat him. He was left bloody and beaten on the ground and said the officers later tried to cover it up.

"There's been a lot of talk about the incident 27 years ago," he said. "While that incident absolutely informs who I am, it doesn't define me. I will do all I can to make sure that no Black or brown person and any individual -- no matter what their gender or race is -- is the victim of any unconstitutional policing. I unfortunately have a unique perspective on this, but that perspective makes me more committed in this area."

Boston has been without a top cop since last June. Former Mayor Kim Janey terminated Dennis White as the city's police commissioner over domestic violence accusations, which White denied. Superintendent-in-Chief Greg Long has been acting as commissioner since then.

There was no mention Monday of an incident several years ago where Cox was suspended from the Ann Arbor police force in his first year as chief during an investigation into whether he created a hostile work environment.

It was the result of a misunderstanding, Cox has said, while also blaming it on "a young police chief making some mistakes." Wu has said the city looked into it during his extensive vetting and found no red flags from people in Ann Arbor, just recommendations and regret at the possibility of losing Cox. 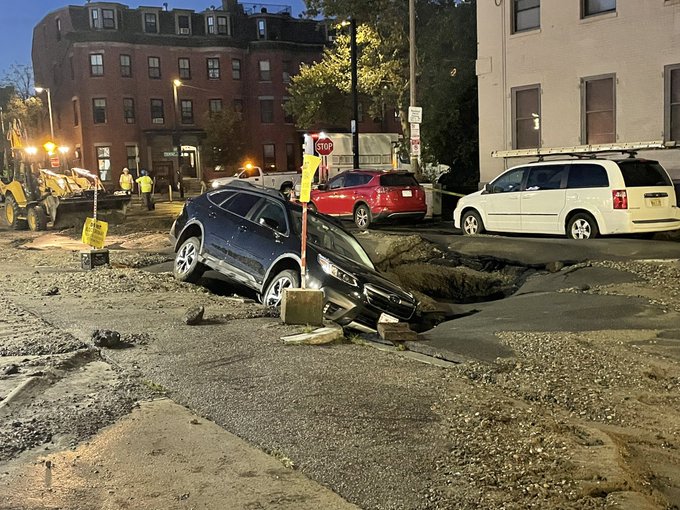