Andrés Manuel López Obrador said he was concerned over the guest list that led him to skip -- he wanted Cuba, Nicaragua and Venezuela included, but Washington did not

Mexican President Andrés Manuel López Obrador confirmed Monday that he will skip the Summit of the Americas in Los Angeles, dealing a blow to the U.S.' efforts to rally governments to work together to address surging migration in the hemisphere.

López Obrador had been leading a chorus of mostly leftist leaders pushing the U.S. to invite Cuba, Nicaragua and Venezuela to the gathering taking place on U.S. soil for the first time since 1994. Other leaders, including from Guatemala, Honduras and El Salvador — three big drivers of migration to the U.S. — have indicated they’ll stay away too.

“There cannot be an Americas Summit if not all of the continent's countries participate,” López Obrador said Monday, indicating that Mexico would instead be represented by his foreign affairs secretary, Marcelo Ebrard, “Or there can be one, but that is to continue with the old politics of interventionism.”

The White House defended its decision to exclude certain countries, while also confirming López Obrador will visit Washington in July to meet with Biden. Press secretary Karine Jean-Pierre said there was “candid engagement” with the Mexican leader about the summit.

“We do not believe that dictators should be invited,” Jean-Pierre said. 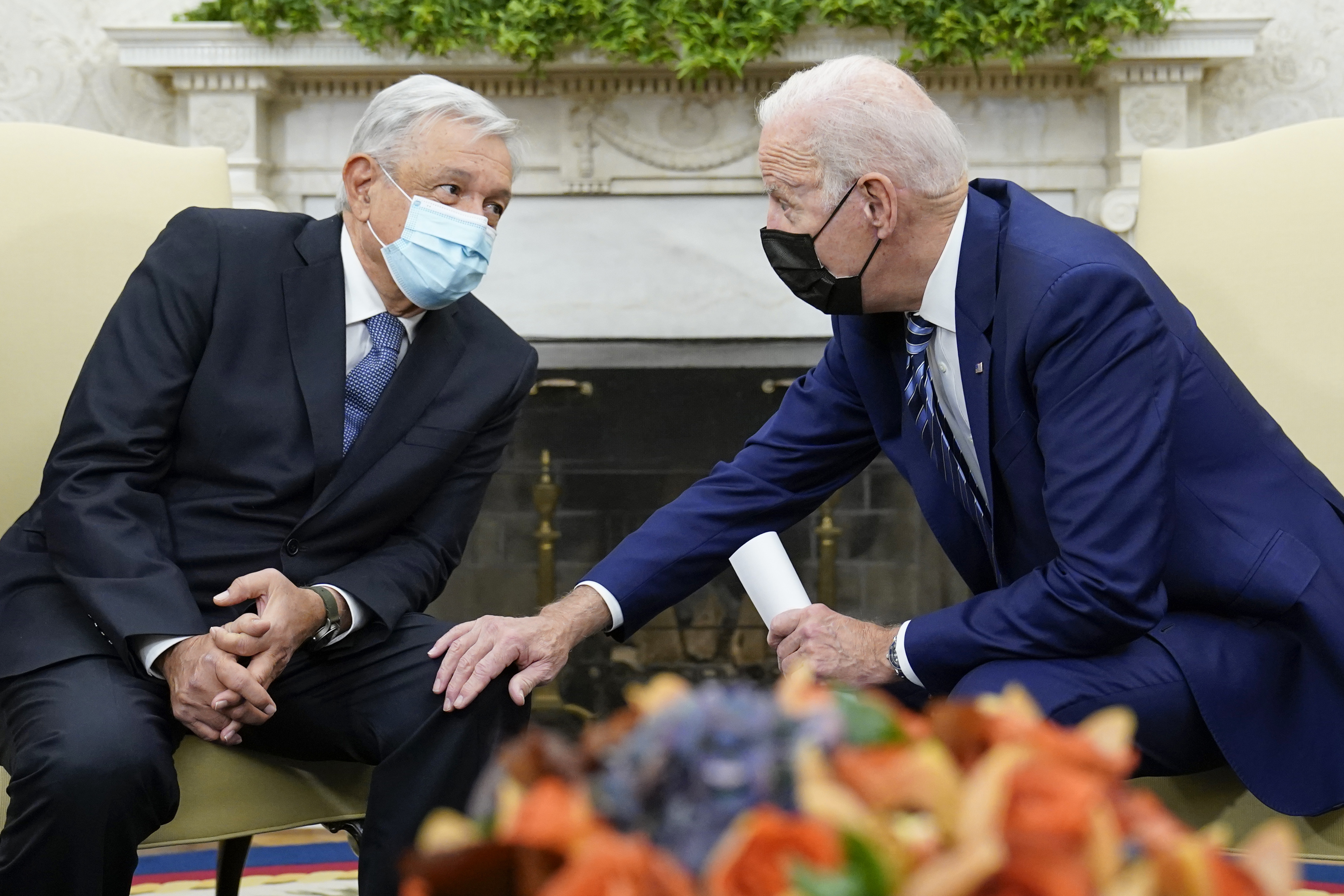 Americas Summit Agenda Takes Shape, But Who Will Show Up? 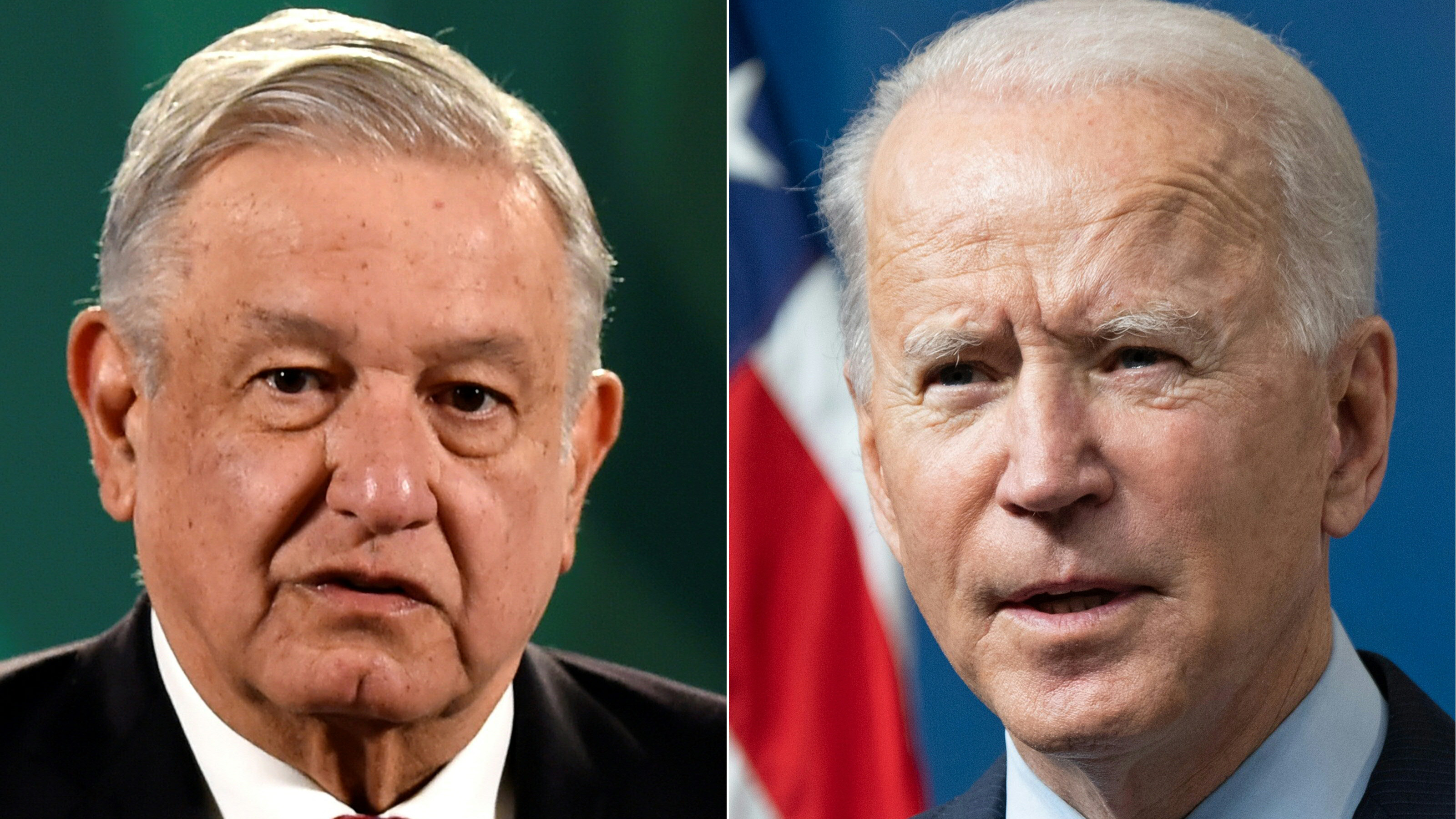 With so many no-shows, critics say the event risks turning into an embarrassment for President Joe Biden, who has struggled to reassert U.S. leadership in a region where mistrust of the U.S. runs deep and China has been made major inroads the past two decades as the U.S. foreign policy has been dominated by wars in the Middle East and now Russia's invasion of Ukraine.

Even some leaders who are attending drew differences with the U.S.

“In respect to Cuba we have always been there to support and defend human rights,” Canadian Prime Minister Justin Trudeau said in Ottawa at a news conference with visiting Chilean President Gabriel Boric. “We’ve also pushed for greater democracy. Canada has always had a different position on Cuba than the United States.”

Boric, a 36-year-old leftist millennial, said attendees will have an opportunity to make statements if the United States intends to exclude countries.

Robert Menendez, a New Jersey Democrat who chairs the Senate Foreign Relations Committee and is a strong critic of the Cuban government, applauded the exclusion of Cuba, Nicaragua and Venezuela and took a swipe at López Obrador, saying his decision to skip Los Angeles would set back bilateral relations.

Menendez said the Mexican leader was siding with "dictators and despots over representing the interests of the Mexican people in a summit with his partners from across the hemisphere.”

Here's what to know about this week's Summit of the Americas. Video broadcast Monday June 6, 2022 on Today in LA.

The Biden administration said it would not include autocratic governments that jail opponents and rig elections, pointing to a declaration from the 2001 summit in Quebec City, when the region’s governments committed to barring any government that breaks with democratic order from future gatherings.

However, many critics, including some progressive Democrats, have criticized the administration for bowing to pressure from exiles in the swing state of Florida to bar communist Cuba, which attended the last two summits.

Adding to the sense of last minute improvisation, Biden since taking office has reversed many of the Trump-era policies tightening a decades-old U.S. embargo on Cuba. He also sent a senior level delegation to meet with Venezuela President Nicolás Maduro to offer possible relief from crippling oil sanctions in exchange for a commitment to resume negotiations with the U.S.-backed opposition.

“The real question is why the Biden administration didn’t do its homework,” said Jorge Castañeda, a former Mexican foreign minister who now teaches at New York University.

While the Biden administration insists the president in Los Angeles will outline his vision for a "sustainable, resilient, and equitable future” for the hemisphere, Castañeda said it's clear from the last-minute wrangling over the guest list that Latin America is not a priority for the U.S. president.

The Summit of the Americas was launched by President Bill Clinton as part of an effort to galvanize support for a free trade agreement stretching from Alaska to Argentina.

But that goal was abandoned more than 15 years ago amid a rise in leftist politics in the region. With China's influence expanding, most nations have come to expect — and need — less from Washington.

As a result, the premier forum for regional cooperation has languished, at times turning into a stage for airing historical grievances, like when the late Venezuelan leader Hugo Chávez at the 2009 summit in Trinidad & Tobago gave President Barack Obama a copy of Eduardo Galeano's classic tract, “The Open Veins of Latin America: Five Centuries of the Pillage of a Continent.”

The U.S. opening to former Cold War adversary Cuba, which was sealed with Obama's handshake with Raul Castro at the 2015 summit in Panama, lowered some of the ideological tensions.

To bolster turnout, Biden and Vice President Kamala Harris worked the phones in recent days, speaking with the leaders of Argentina and Honduras, both of whom initially expressed support for Mexico's boycott.

The office of Argentine President Alberto Fernández indicated Monday he will attend.

Former Sen. Christopher Dodd crisscrossed the region as a special adviser for the summit, persuading far-right Brazilian President Jair Bolsonaro, who was a staunch ally of President Donald Trump and hasn't once spoken to Biden, to belatedly confirm his attendance.

Trump didn't even bother to attend the last summit in Peru in 2018 and many predicted there was no future for the regional gathering.

In response to Trump's pullout, only 17 of the region's 35 heads of state attended. Few saw value in bringing together for a photo op leaders from such dissimilar places as aid-dependent Haiti, industrial powerhouses Mexico and Brazil and violence-plagued Central America — each with their own unique challenges and bilateral agenda with Washington.

To the surprise of many, the U.S. in early 2019 offered to host the summit. At the time, the Trump administration was enjoying something of a leadership renaissance in Latin America, albeit among mostly similar-minded conservative governments around the narrow issue of restoring democracy in Venezuela.

But that goodwill unraveled as Trump floated the idea of invading Venezuela to remove Nicolás Maduro — a threat recalling the worst excesses of the Cold War. Then the pandemic hit, taking a devastating human and economic toll on a region that accounted for more than a quarter of the world's COVID-19 deaths despite making up only 8% of the population. The region's politics were upended.

The election of Biden, who was Obama's point man for Latin America and had decades of hands-on experience in the region from his time on the Senate Foreign Relations Committee, set expectations for a relaunch.

But as popular angst spread during the pandemic, the Biden administration was slow to match the vaccine diplomacy of Russia and China, although it did eventually provide 70 million doses to the hemisphere. Biden also maintained the Trump-era restrictions on migration, reinforcing the view that it was neglecting its own neighbors.

Since then, Biden's hallmark policy in the region — a $4 billion aid package to attack the root causes of migration in Central America — has stalled in Congress with no apparent effort to revive it. Russia's invasion of Ukraine has also diverted attention from the region, something experts say could come back to bite Biden if rising interest rates in the U.S. trigger a stampede of capital outflows and debt defaults in emerging markets.