A Miami man commissioned a banner plane with the message "ha ha ha ha ha" to fly over Donald Trump's Mar-a-Lago estate Wednesday as supporters of the former president rallied outside in protest of this week's FBI search of the home.

Thomas Kennedy, a self-professed critic of Trump and Democratic activist, told NBC 6 he a group of friends paid $1,800 to fly the banner for three hours near the estate in Palm Beach.

Kennedy said the message was for Trump and his supporters who had gathered on the Southern Boulevard Bridge near the property for a third day this week.

“Honestly, go do something better with your time,” Kennedy said.

Supporters of former President Donald Trump gathered near Mar-a-Lago in the wake of the news that the FBI was conducting a search at his Palm Beach estate. NBC 6's Cristian Benavides reports

The search of Trump's residence Monday is part of an ongoing Justice Department investigation into the discovery of classified material found in boxes of White House records the National Archives and Records Administration recovered from Mar-a-Lago, which is also a private club, earlier this year.

The National Archives said Trump should have turned over that material upon leaving office, and it asked the Justice Department to investigate. At the time, the records agency said it believed Trump had additional classified documents that were not turned over. FBI agents on Monday retrieved an additional dozen boxes of material from a basement storage area at the estate.

Christina Bobb, a lawyer for Trump, said in an interview that aired on Real America’s Voice on Tuesday that investigators said they were “looking for classified information that they think should not have been removed from the White House, as well as presidential records.” 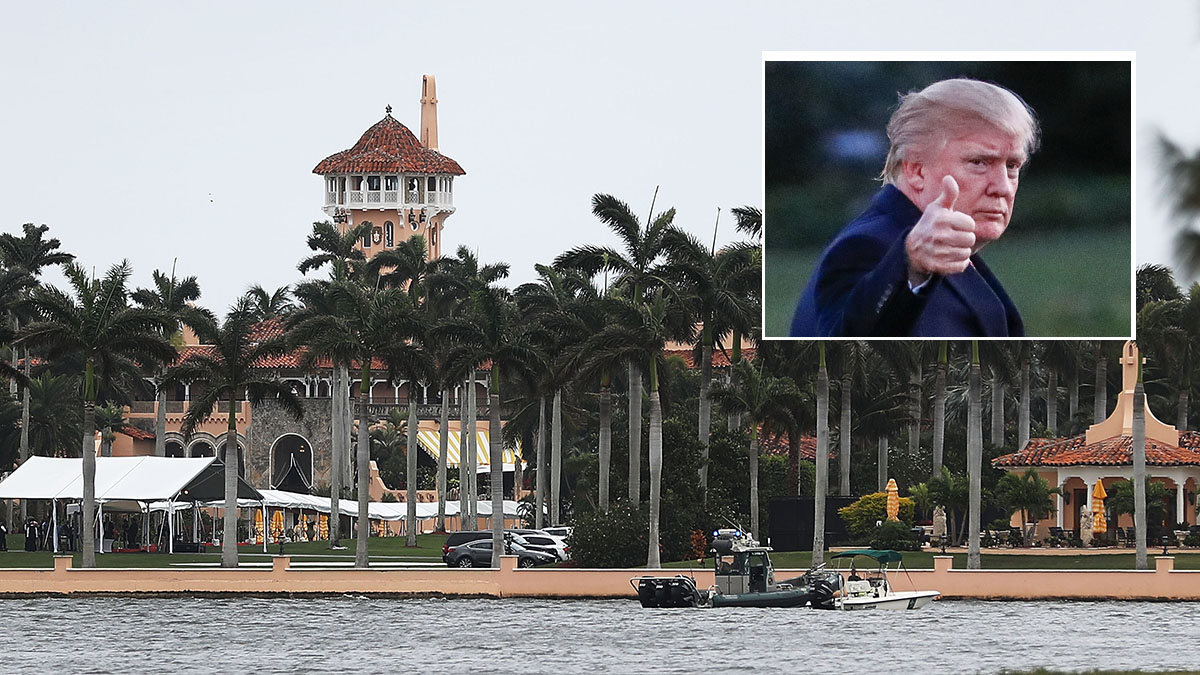 There are multiple federal laws governing the handling of classified records and sensitive government documents, including statutes that make it a crime to remove such material and retain it at an unauthorized location. Though a search warrant does not necessarily mean criminal charges are near or even expected, federal officials looking to obtain one must first demonstrate to a judge that they have probable cause that a crime occurred.

Trump, in a social media post Monday night, called the search a “weaponization of the Justice System, and an attack by Radical Left Democrats who desperately don’t want me to run for President in 2024.”

Trump took a different stance during the 2016 presidential campaign, frequently pointing to an FBI investigation into his Democratic opponent, Hillary Clinton, over whether she mishandled classified information via a private email server she used as secretary of state. Then-FBI Director James Comey concluded that Clinton had sent and received classified information, but the FBI did not recommend criminal charges.